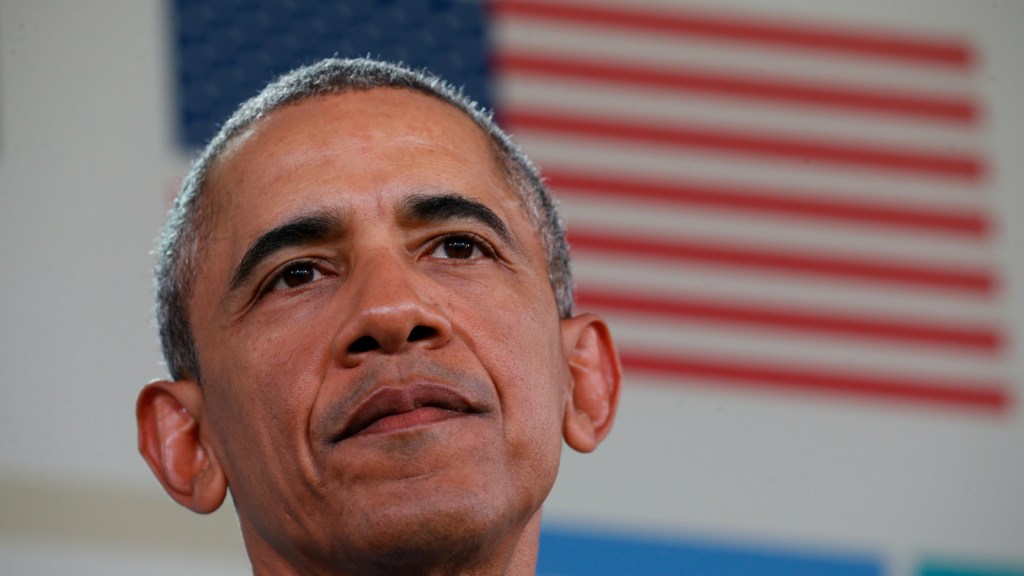 Last week, Rep. Scott Perry (R-Penn.) introduced the Energy Sovereignty Act. The text is unusually short for a piece of congressional legislation: a mere 97 words. And the intent is unusually clear: “To repeal section 115 of the Clean Air Act.”

Section 115 is a never-before-used portion of the Clean Air Act that grants the U.S. EPA broad powers to regulate pollutants that affect another country if that other country is also acting to curb such pollution. Since 195 nations reached an agreement in Paris in December to limit climate pollution, some climate policy wonks and legal scholars say Section 115 can now be deployed, giving the EPA a powerful new tool it can use to rein in greenhouse gas emissions in the U.S. Naturally, that has Republicans like Perry worried.

Up until now, EPA has only had traditional “command and control” means of regulating pollution at its disposal in fighting climate change. It identifies a source of emissions, such as cars or power plants, and it sets standards for reducing emissions from that sector. There are various legal constraints on how EPA sets those standards, such as technological feasibility. With the Clean Power Plan, EPA tried to get a little more creative and flexible, setting emissions targets for each state’s energy sector that could be met through several possible “building blocks,” and that opened the plan up to additional legal challenges. Now it risks being overturned by the Supreme Court if Justice Antonin Scalia is replaced by another conservative.

But with Section 115, EPA could go much further than it did with the Clean Power Plan. As David Roberts explained in Vox last month, “If Section 115 is triggered, it leaves the means of regulation almost entirely open, making no specifications as to sectors or source types, just ‘any air pollutant or pollutants emitted in the United States [that] cause or contribute to air pollution which may reasonably be anticipated to endanger public health or welfare in a foreign country.’” EPA could dictate to states that they must find a way to cut their emissions 26 to 28 percent below 2005 levels by 2025, in accordance with the pledge the U.S. made in Paris. If the states didn’t draw up their own plans, EPA could devise a national plan to limit emissions. Such a plan could include a national target and tradable credits — in essence, EPA could create a version of the cap-and-trade program that failed to pass Congress in 2010.

In January, a group of environmental law experts from universities such as Columbia, UCLA, and NYU proposed that EPA should do just that, arguing in a paper that the Paris Agreement had triggered Section 115.

“It’s an audacious plan, certain to make heads explode on the political right,” Roberts predicted. As soon as conservatives caught on, they proved him right.

The nuts and bolts

The legal experts explain the basic idea in their paper:

Section 115 is triggered when (1) EPA finds that emissions in the United States contribute to air pollution that endangers public health or welfare in another country (the “endangerment finding”), and (2) EPA determines that the other country provides “essentially the same rights with respect to the prevention or control of air pollution occurring in that country as is given that country” by Section 115 (the “reciprocity determination”).

Climate change clearly meets the first condition. Greenhouse gas pollution from the U.S. is endangering people in other countries and vice versa. EPA would have to make an official “endangerment finding” to that effect, but that wouldn’t be hard. The conclusion follows logically from the reports of the Intergovernmental Panel on Climate Change, EPA’s own scientists, and the agency’s prior domestic endangerment finding regarding carbon pollution and climate change.

The more debatable part is whether the Paris Agreement meets the definition of a reciprocal agreement in the law. Since other nations are not legally bound to meet their emissions-cut pledges, opponents would argue that Section 115 does not apply.

The idea that Section 115 could be triggered by such an agreement — or maybe even already was by previous agreements like the Copenhagen Accord — has been kicking around among climate policy geeks for a while. The January paper by legal experts is just the latest and most widely backed argument to this effect. The authors write:

Because emissions from all U.S. states contribute to foreign endangerment, and reductions from any state would contribute equally to solving the problem, successful implementation of Section 115 would require EPA to establish an aggregate amount of necessary U.S. emissions reductions. As a matter of both law and policy, it would be eminently reasonable for EPA to establish a national GHG emissions target under Section 115 based on the U.S.’s contribution to a global effort to reduce GHG emissions, such as the U.S. INDC submitted to the UNFCCC in March 2015 [as part of the Paris climate negotiations]. Although domestic emissions reductions alone may not eliminate climate change, they can in conjunction with reciprocal efforts by other nations prevent many of its impacts.

The EPA could not require steeper emission cuts than those the U.S. pledged under the Paris Agreement, but that would be a good start.

Earlier this month, Brian Potts, an environmental lawyer, summarized the argument in a Politico op-ed urging Obama to use Section 115’s authority this year. “Fortunately for the president, there’s a new way for him to right the U.S.’ greenhouse gas trajectory before leaving office,” Potts wrote.

The Obama administration would have to move quickly. The only previous effort to use Section 115 ran out of time when the presidency changed hands. That was in January 1981, according to David Hawkins, who worked at EPA under President Jimmy Carter and is now director of climate programs at the Natural Resources Defense Council. “We [at EPA] made a finding that emissions from the U.S. were harming Canada in the form of acid rain and sent a letter starting [the Section 115 endangerment-finding] process,” he recalls. The letter went to Secretary of State Edmund Muskie and Sen. George Mitchell of Maine, who had asked EPA what actions should be taken against acid rain. But Ronald Reagan assumed office later that same month. “Reagan came after [Carter] and declined to do anything [on acid rain],” says Hawkins. “Several states and Ontario sued to force the Reagan administration to act. It went to the D.C. Circuit Court, where [future Supreme Court Justice Antonin] Scalia wrote for the court saying EPA has to do more than send a letter to trigger a mandatory duty to act.” Since that Section 115 process was thrown out over a procedural issue, no federal court has ever actually ruled on the provision itself.

Like Roberts, Potts foresaw opposition from conservatives and states rights’ advocates: “If the Republican reaction to Obama’s other environmental regulations is any indication, they would freak out,” he wrote in his Politico piece. Sure enough, he tells Grist, his editors at Politico heard from Rep. Perry’s office that Potts’ op-ed brought Section 115 to the congressman’s attention. Now, with Perry’s bill, the freak-out has officially begun.

Even as Republicans try to repeal Section 115 legislatively, they would also fight in the courts against any effort to use it. There are plenty of ways to argue that the reciprocity threshold hasn’t been met, say Section 115 skeptics such as Richard Alonso, a D.C.-based partner at the Bracewell law firm’s Environmental Strategies Group who represents manufacturers and energy companies. First of all, the emissions cuts from other countries aren’t binding or guaranteed. Secondly, some other countries haven’t even agreed to cut total emissions, only to cut emissions per unit of GDP or make other contributions to combatting climate change like reforestation. Most importantly, there is no legal enforcement mechanism by which the U.S. could compel countries to fulfill their pledges. “I think it’s a stretch,” says Alonso. “[Environmentalists] are just finding any hook to advance the climate agenda.”

Even advocates of using Section 115, such as Potts, would agree that they are finding any hook to advance the climate agenda. In the absence of congressional action, climate hawks are always looking for new strategies that might work. As Potts wrote in Politico, “the fact is that Congress has proved unwilling to address the looming threat of climate change. Section 115 may not be the best way to do that, but right now it’s the only one.”

The emergence of argument over Section 115 demonstrates again how much is at stake for the climate in this year’s elections. Section 115 will not actually be removed from the Clean Air Act unless Republicans win the presidential election in November and retain control of the Senate. If Congress passed Perry’s bill this year, President Obama would presumably veto it. On the other hand, if Obama got the ball rolling on using Section 115, a sympathetic successor could both see that effort through to completion and appoint judges who would be likely to uphold it.