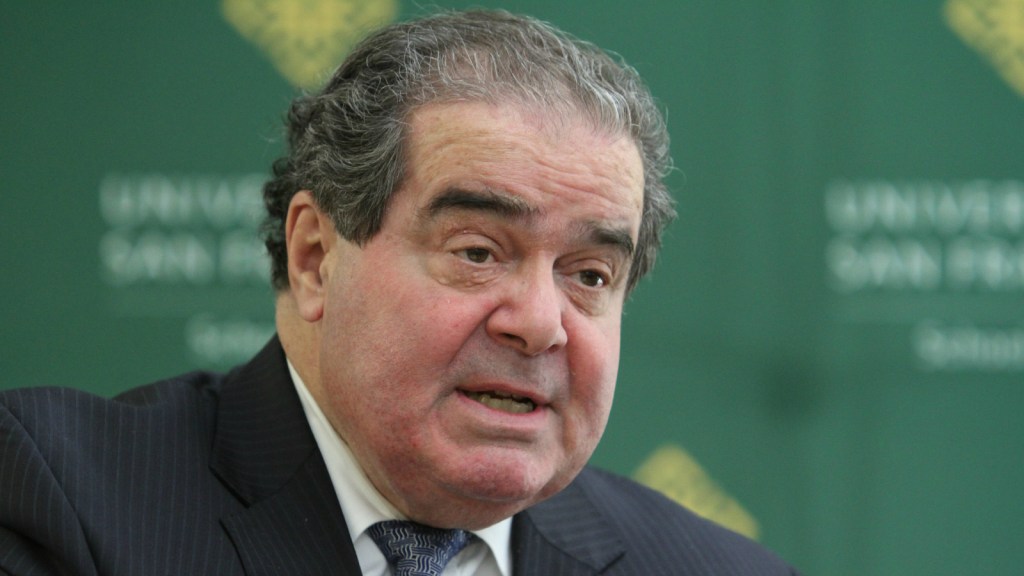 Three weeks ago, after the U.S. Court of Appeals for the D.C. Circuit denied motions to stay the EPA’s Clean Power Plan, I wrote a cautiously optimistic post about what that decision signaled for the future of the historic climate rule. I explained that the judges’ refusal to put the EPA’s plan on hold while they evaluated the lawsuits against it didn’t necessarily mean that they would ultimately side with the agency on the merits of the case. And even if the plan were upheld by the D.C. Circuit, I warned, that decision would almost certainly be appealed to the Supreme Court.

One possibility I didn’t raise was that the Supreme Court would get involved in the case right away, without waiting for the D.C. Circuit to issue a final ruling.

And yet, last Tuesday, that’s what happened. For the first time in U.S. history, the Supreme Court stepped in to stay a regulation that was still being reviewed by a lower court.

A further development I didn’t foresee was that, only four days after the issuance of the unprecedented stay, the makeup of the high court would change, abruptly.

And then that happened, too.

The impact of Justice Antonin Scalia’s death will reverberate across the legal landscape, and we can’t yet grasp its full consequences. But one is already clear: The most important environmental initiative of the Obama presidency is now much more likely to succeed.

Tuesday’s stay was issued by a 5-4 vote, with the court’s five conservative justices (Alito, Kennedy, Roberts, Scalia, and Thomas) in favor and its four liberals (Ginsburg, Breyer, Kagan, and Sotomayor) dissenting. Until yesterday, the EPA’s only hope was to convince one of the conservatives — with Kennedy or Roberts being the most likely contenders — to switch sides.

That wasn’t such an outlandish goal. The stay order was the judicial equivalent of a hot take. After only five days of consideration of hundreds of pages of briefing, the five conservatives found a “fair prospect” that they would ultimately side with the challengers and strike down the rule. It was entirely plausible that, upon a fuller hearing of the issues, one of them would change his mind. (It wouldn’t be the first time.) But the case was going to be an uphill struggle for the EPA.

Scalia’s passing changes all of that. The D.C. Circuit is likely to issue a decision on the Clean Power Plan this fall, which would put the rule in front of the Supreme Court in spring 2017. What happens then will depend on whether the court’s now vacant ninth seat has been filled and, if so, by whom. But in most of the possible scenarios, the EPA faces considerably better odds than it did with Scalia on the bench.

First, it’s possible that Obama will manage to convince the Republican-controlled Senate to confirm a new justice before he leaves office in January. While one can never be entirely sure how a justice will vote (thanks to the independence provided by life tenure), it does seem fair to assume that an Obama appointee will be more likely to join with the four liberals to uphold the Clean Power Plan than to vote with the four remaining conservatives to strike it down.

If Obama can’t get a replacement through the Senate, it’s possible — but, I think, unlikely — that his successor will manage to do so in time for the new justice to weigh in on the rule. This will be good news for the EPA if the next president is Hillary Clinton or Bernie Sanders — both of whom support the rule — and bad news if the office has gone to one of the Republican candidates — all of whom oppose it. But even in the latter scenario, the EPA would be no worse off than it was in the immediate aftermath of the stay. The court would once again be made up of five conservatives and four liberals, and EPA’s best bet would once again be to convince Kennedy or Roberts to break ranks.

Finally, it’s possible that Scalia’s seat will still be vacant when the Clean Power Plan reaches the Supreme Court. In that scenario, the most likely result is an even split between the four liberals and four remaining conservatives. And a 4-4 vote results in an automatic affirmance of the decision below, which, in this case, would be the D.C. Circuit’s. Of course, the D.C. Circuit hasn’t made its decision yet, and we can’t know for sure what it will be. But the panel of judges assigned to the case is generally viewed as favorable to the EPA, because two of the three were appointed by Democrats — one by President Clinton and the other by Obama himself.

In the end, there are no guarantees. But the Clean Power Plan does seem to have ended this roller coaster of a week on firmer ground than it started on.

Jack Lienke is a senior attorney at the Institute for Policy Integrity and a coauthor, with Richard L. Revesz, of Struggling for Air: Power Plants and the “War on Coal.” Follow him on Twitter at @jacklienke.