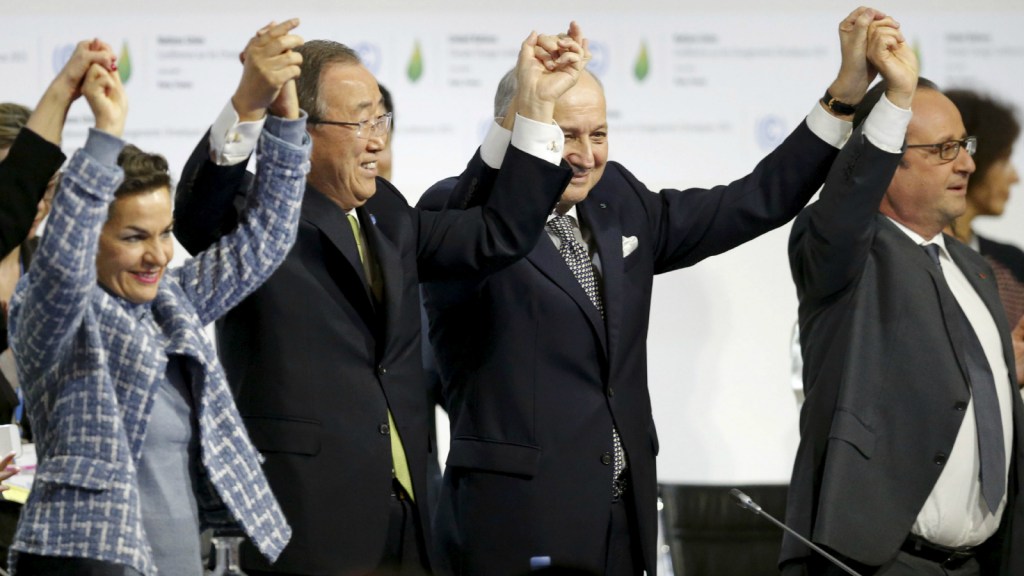 PARIS, France — The Paris Agreement to address climate change, adopted on Saturday, will be remembered as a big step forward and at the same time a frustrating set of compromises and omissions.

The COP21 conference brought every country to the table, they all accepted the science of climate change, and they agreed to work together to do something about it. But some proved more ambitious than others, and the rich countries didn’t come up with enough money to get the best deal possible.

The bottom line is that the agreement gets us far closer to containing climate change than we were two weeks ago, but still far short of where we need to go. In fact, we won’t even know for years what it will accomplish. How much the agreement reduces greenhouse gas emissions, and through that reduces warming, will depend on whether countries meet their targets for curbing emissions and deploying renewable energy and whether they ramp up their ambition in the years ahead. In terms of climate justice, there is even less to cheer. Rich countries like the U.S., Canada, and the European Union upped their pledges for climate finance slightly, but nowhere near enough to compensate for the hugely outsized share of the global carbon budget they have devoured.

Still, the Paris Agreement builds the architecture for greater progress in the next decade. Here is your guide to the basics of what the deal does, what it contains, and what it doesn’t:

So what does it do?

The Paris Agreement commits 196 countries to work together to limit global warming to no more than 2 degrees Celsius above pre-industrial levels, with a stretch goal of keeping below 1.5 C. It also calls for stopping the rise of greenhouse gas emissions as soon as possible.

Before the Paris conference began, each country submitted an action pledge, known as an Intended Nationally Determined Contribution (INDC), laying out what it will do to curb emissions, increase renewable energy, and/or reduce deforestation. The pledges vary wildly. And there are two very, very big loopholes: The INDC commitments are voluntary, which means there is no penalty for failing to meet them. And even if they are met, they will not put the world on a path to less than 2 C of warming. Under the most optimistic assumptions, the INDCs still set us on a path to 2.7 to 3.5 C of warming. That’s why climate experts like Joe Romm of Think Progress say they are merely buying us more time to take real action. But that’s better than just heading straight off the cliff.

The good news is that the agreement includes a process for strengthening INDCs. In 2018, countries will take stock of their progress on meeting their pledges, and by 2020 they will have to produce new INDCs. They could simply restate the same goals, but the hope is that they will go further as the problem grows more urgent, the political movement for climate action becomes more powerful, and clean technology gets cheaper and more widespread. President Obama, who worked hard for success in Paris, argues that countries will find — as the U.S. has since he took office — that once you start down the path of expanding renewable energy, it’s easier than expected. That’s why the U.S. and its allies in the negotiations made this their top request.

The Paris Agreement is not a treaty, and countries’ INDCs are not binding. (The Obama administration made sure of this so it wouldn’t have to submit the deal to the U.S. Senate for approval.) Still, the deal contains some binding elements, such as requiring countries to participate in a system for measuring their progress on achieving their goals.

What made it into the deal?

What got left out of the deal?

For activists all over the world, the Paris Agreement shows there is still hope for maintaining a livable climate, but there’s a lot more work to be done pushing world governments to meet the challenge.

*Correction: An earlier version of this article used billions instead of millions when referring to U.S. adaptation aid. Grist regrets the error.