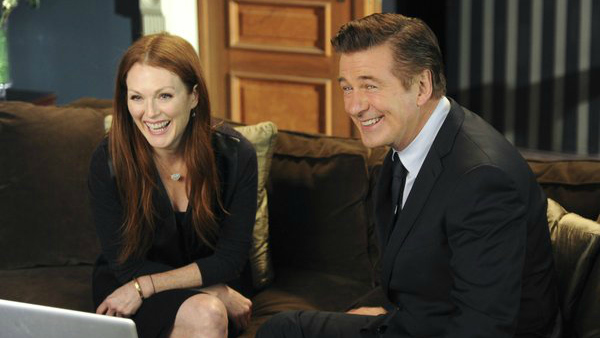 In a move that surprised absolutely no one, President Obama vetoed Congress’s latest attempt to push through Keystone today. So does this mean that the fight over Keystone has finally come to an end? Nope! We could still be talking about this during the Clinton (Warren???) administration in 2017. Today’s veto simply denied Congress the power to take this decision out of the hands of the president and give it to — you guessed it! — Congress (brought to you by TransCanada).

Now, you might assume that POTUS swiftly and without ceremony vetoed this particular bill because he’s busy trying to prevent another government shutdown, but I have a few alternate theories: A.) He read this Grist post on how few permanent jobs would actually be created by Keystone; B.) He read this Grist post on how the Koch brothers stand to make $100 million on the deal and he knows they’d just use the money to buy the next election; or, C.) He’s a 30 Rock fan, and both Alec Baldwin and Julianne Moore signed this petition against Keystone from 350.org (along with other notables such as our boyfriend Mark Ruffalo, our favorite uncle Willie Nelson, and also Lance Bass). I too signed the petition, so even if the famous are too modest to claim a part in this victory, I am not. You’re welcome, America!

So what’s next for Keystone? The State Department is completing its study of the pipeline, and then Secretary of State John Kerry will make a recommendation to Obama based on what it finds. And after that? It all comes down to POTUS and his veto pen. The pen may be mightier than the sword, but we have yet to see how it stands up to the pipeline.