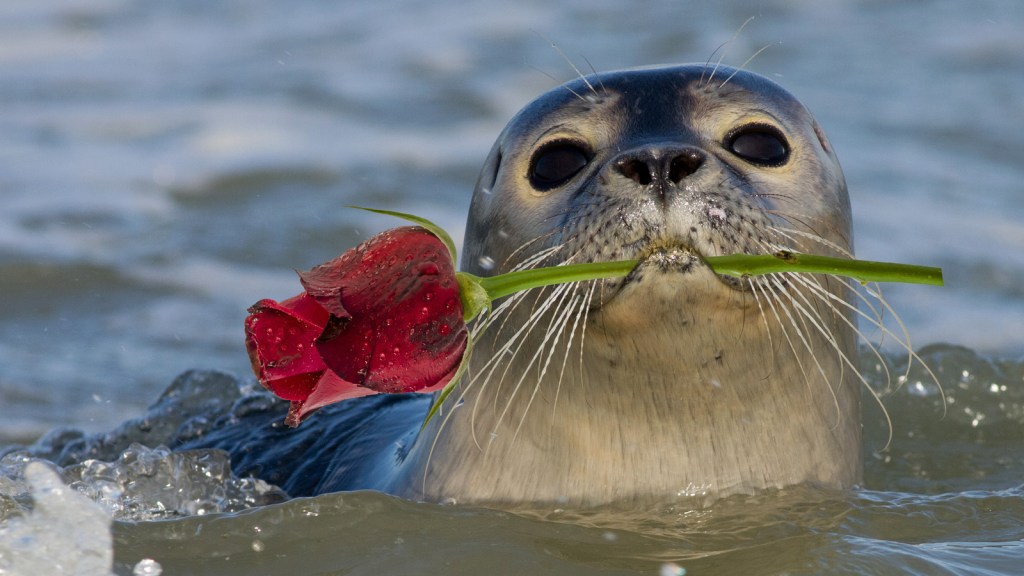 Nikki Burch / Shutterstock
Kiss from a rose from a seal

Looking to catch up with legendary British pop sensation and noted beach ball enthusiast Seal? The “Kiss from a Rose” singer has been soaking in the North Sea sun as he frolics amongst the offshore wind farms. According to the Christian Science Monitor, the four-time Grammy-award-winning, semiterrestrial mammal is drawn by the ample fish provided by these artificial reefs. [Editor’s note: Not Seal, Meyer, seals. Remind me again, how did you get this job?]

The scientists observed eleven harbor seals outfitted with GPS tracking tags in the North Sea frequenting two active wind farms, Alpha Ventus in Germany and Sheringham Shoal off the southeast coast of the United Kingdom. One seal even visited 13 times, according to a report published this week in the journal Current Biology.

The wind turbines make up a grid. When foraging for food, the seals moved “systematically from one turbine to the next turbine in a grid pattern, following exactly how the turbines are laid out,” says study author Deborah Russell of the University of St. Andrews. “That was surprising to see how much their behavior was affected by the presence of these artificial structures and how they could actually adapt their behaviors to respond to that.”

There are possible downsides. The sound of the turbines could damage the seals’ hearing, which would wreak further havoc on their recording careers. The wind farms could also be playing what amounts to an ecological shell game, drawing creatures that would naturally be more widely dispersed to a smaller area without increasing actual numbers. The science is still out, but the farms could actually be increasing habitat for sea animals while providing cleaner power for us landlubbing bipeds.

Another plus for wind: I’m sure most marine mammals, and even Seal, for that matter, prefer a wind turbine to the oil-spewing equivalent.