Please, scientists: Tell us how you really feel about climate change 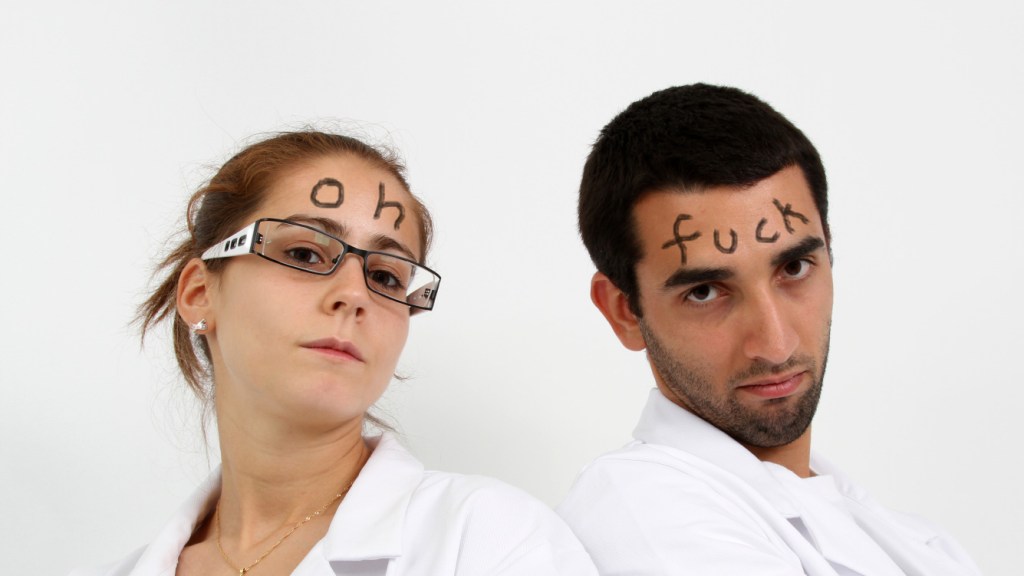 Please, scientists: Tell us how you really feel about climate change

The apocalypse is always usefully cast into the future — unless you happen to live in Mauritius, or Jamaica, or the many other perilous spots. – Zadie Smith

On Monday, the American Association for the Advancement of Science hit us with a report that is supposed to change the conversation around climate change. This report, called “What We Know,” is a “sharper, clearer, and more accessible” explanation of climate change “than perhaps anything the scientific community has put out to date,” according to Justin Gillis at the New York Times.

James McCarthy, one of the report’s authors, said in a statement that we need this report because, “Even among members of the broader public who already know about the evidence for climate change and what is causing it, some do not know the degree to which many climate scientists are concerned about the risks of possibly rapid and abrupt climate change.”

Reading it, though, I have to admit that I didn’t find much different than any other report on climate destabilization from at least the last five years. I’m sorry. That’s not meant to dis the scientists who I’m sure worked hard to create this document. They are experts on this crisis and they should be taken seriously. That said, I’m lost on how this will win them new followers.

Many Americans believe, no doubt, that climate change is a thing, and that it’s happening in one way or another. But what is that thing? And is it fucking with us yet? Because believing that climate change exists doesn’t do anything to motivate change unless we’re experiencing its fuckery ourselves.

Rep. Paul Ryan (R-Wisc.) accepts that poverty exists, as does every other member of the U.S. House of Representatives. But so long as poverty doesn’t affect Ryan, a millionaire (who makes less than the average rep), then it’s easy for him to say there’s no reason to wage war on it. It doesn’t fuck with him.

I don’t believe that Republicans are truly unconvinced of climate change’s existence. Those lawmakers in Texas, red as they may be, are aware of the droughts. They have TVs. They can see how floods and storms have ravaged areas around the country. But it doesn’t fuck them over. Wealth serves as a good buffer from that kind of fuckery.

Forgive my language here, but if scientists are looking for a clearer language to express the urgency of climate change, there’s no clearer word that expresses that urgency than FUCK.

So, how does the “What We Know” report make us all feel the fuckery, so that we all truly know it? Well, it doesn’t. It can’t. The inconvenient truth of the already inconvenient truth is that climate change is a problem that mostly poor people and people of color are going to have to reckon with up front. We may all be in the same boat eventually, if climate mayhem reaches the worst-forecast scenarios, but that’s only assuming that the already-worst off among us today aren’t already wiped out by then.

The authors of “What We Know” allude to this, but despite their best intentions, they don’t make it very clear. From the report:

Some of the well-understood impacts include the direct effects of heat and the effects of other weather conditions such as droughts, floods, and severe storms. Heat waves cause deaths and illness, with urban dwellers, the elderly, the poor, and certain other especially vulnerable groups.

Who or what are “urban dwellers?” Are those feral alley cats? Will the Wall Street wolves in urban Manhattan die of heat waves? What are these “certain other especially vulnerable groups,” and what exactly are they vulnerable to?

What I know: Those “others” are Native Americans — people who’ve been telling us that these days would come since we all freakin’ got here. They are African Americans and Latino Americans — groups that already get what’s going on, because they are the ones who’ve been trapped in these overheated urban islands for decades. They are women whose children are already born with defects, thanks to the fossil fuel companies most responsible for the greenhouse gas emissions that cause climate change.

So why can’t scientists mention race and gender? Why can’t they mention racism and sexism? How come they can mention the poor, but they can’t mention classism? Poor people don’t die because of heat waves. Poor people die because of government policies that have failed them and blocked them from economic opportunities, hence making it more difficult for them to survive those heatwaves like their better air-conditioned counterparts in wealthier neighborhoods.

To be fair, “What We Know” mentions these things — as footnotes. Go to the study that the report draws from for its “certain other” nugget and we get a whiff of this. From the April 2013 article in the Journal of Environmental and Public Health entitled, “Health Effects of Coastal Storms and Flooding in Urban Areas: A Review and Vulnerability Assessment”:

Evacuees at the Red Cross Shelter in Austin, TX, USA, following Katrina, were at increased risk of short-term acute stress disorder, while populations who were displaced or who experienced or witnessed traumatic events were at increased risk of long-term mental health effects, including PTSD, depression, anxiety, and suicidal ideation. Women, African-Americans, and those with prior psychiatric history, poor physical health, and weak social networks have been identified as particularly vulnerable. …

Poor and minority populations, and elderly nursing home residents, are more likely to lack transportation during disasters. These populations often have a high prevalence of chronic health problems, which increases their vulnerability to other storm-related hazards.

The question is not whether Americans know climate change is happening. It’s about whether Americans can truly know this so long as the worst of it is only happening to “certain other vulnerable” groups. Until we change the language around who those certain others are, and how they got that way, then most Americans will know climate change only as that thing that happened that one year on television to those poor communities in Brooklyn.

Other than that, it’s something that we will just have to deal with later because the worst has yet to come. Except that, for far too many, the worst has come, as the writer Zadie Smith so elegantly wrote in her recent essay in the New York Review of Books, “Elegy for a Country’s Season.” Writes Smith about climate talk:

During Superstorm Sandy, I climbed down fifteen floors, several months pregnant, in the darkness, just so I could get a Wi-Fi signal and e-mail a climate-change-denying acquaintance with this fresh evidence of his idiocy. And it only takes a polar vortex — a pocket of cold air that may lower temperatures — for one’s inbox to fill up with gleeful counternarratives from right-leaning relatives — as if this were all a game, and the only thing hanging in the balance is whether or not you or your crazy uncle in Florida are “alarmists” or “realists.” Meanwhile, in Jamaica, where Sandy first made landfall, the ever more frequent tropical depressions, storms, hurricanes, droughts, and landslides do not fall, for Jamaicans, in the category of ontological argument. …

Sometimes the global, repetitive nature of this elegy is so exhaustively sad — and so divorced from any attempts at meaningful action — that you can’t fail to detect in the elegists a fatalist liberal consciousness that has, when you get right down to it, as much of a perverse desire for the apocalypse as the evangelicals we supposedly scorn.

In her piece, Smith laments that we can’t speak about climate change in any emotional or “intimate” way. We can only use terms of science and ideology. And this is, perhaps, why communications around climate catastrophe has most failed us, because science has an extremely limited vocabulary for conveying the very thing that a mother must feel when stranded atop a roof during a flood, trying to keep her head above water.

I know that some of the scientists on that AAAS panel get this. One of those scientists, Katharine Hayhoe, is right in that Texas drought making sense of it all, even with the evangelicals — like her husband. Another of those panelists, Marshall Shepherd, drops science (see video below) on how people in Atlanta have experienced rainfalls of mythological proportions.

We need scientists to speak more of these non-hard science truths, no matter how inconvenient or how dirty. Once, just once, I want to hear a scientist say … fuck.