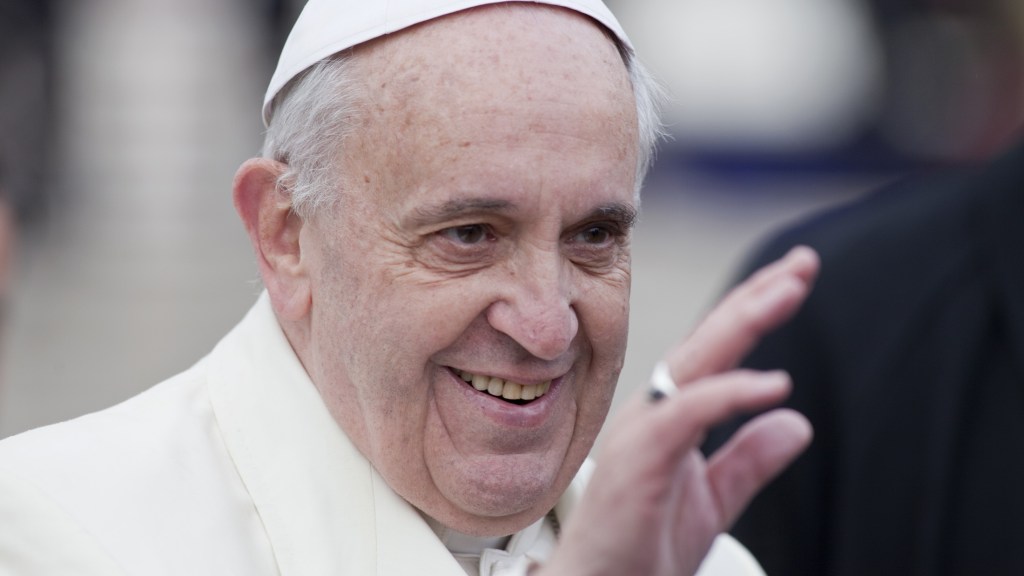 Pope Francis, or the awesomest pope in the history of ever, just said religious people have an obligation to fight climate change. It’s part of being a good steward of creation, after all.

Yesterday, the pope gave an address to a huge crowd in Rome as part of a series on the seven gifts of the Holy Spirit. This one was about knowledge (to paraphrase, don’t be a dumbass; take care of the Earth!). Here’s the meat of the pope’s address:

The gift of knowledge helps us to avoid falling prey to excessive or incorrect attitudes. The first lies in the risk of considering ourselves masters of creation. Creation is not a property that we can rule over at will, or, even less, the property of only a few. Creation is a gift, a wonderful gift that God has given us so that we care for it and we use it for the benefit of all, always with great respect and gratitude …

We are custodians of creation. But when we exploit creation we destroy the sign of God’s love for us … Safeguard creation. Because if we destroy creation, creation will destroy us! Never forget this! [emphasis added]

Once I was in the countryside and I heard a saying from a simple person who loved flowers, and he nurtured these flowers, and he said we must nurture these beautiful things that God has given us. Creation is for us to use well, not exploit …

This speech followed a five-day Vatican event on sustainability where scientists, lawyers, economists, philosophers, and more brainstormed about what the Catholic church can do about the effects of climate change. The pope has already dissed fracking, started on his green manifesto, and switched to a biofueled Popemobile. Next we’ll hear he’s doing shots of communion wine with Bill Nye. Let’s hope 1.2 billion Catholics take heed.