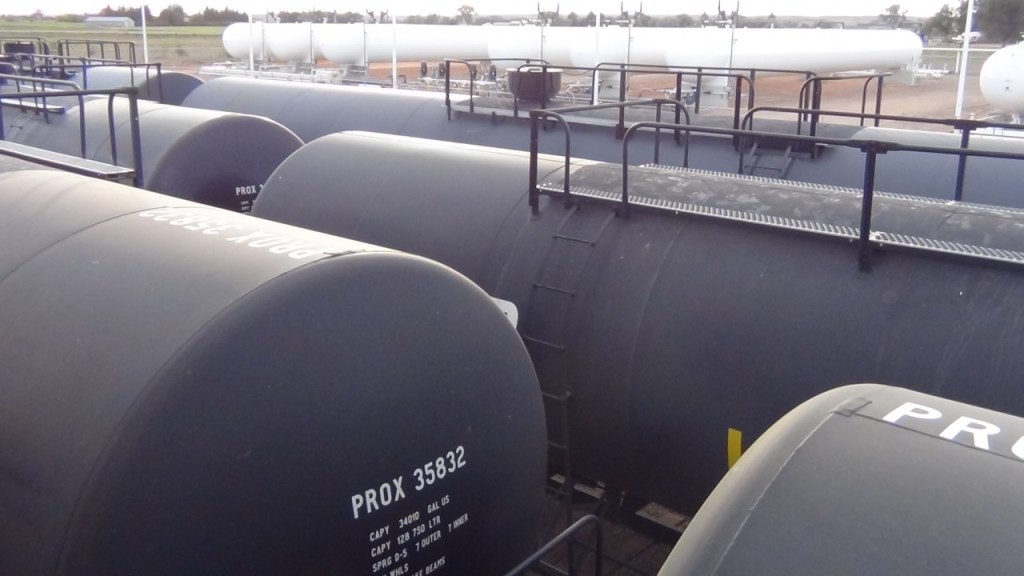 Sounds like we might need to get used to oil-hauling trains exploding. New rules that would require railways to use stronger cars for transporting crude will not be ready until next year, the federal government announced this week.

There are a few reasons why we’re seeing more oil-train explosions these days. The main one is the huge rise in the amount of oil being extracted in the U.S. and then transported by rail to refiners. Also, fracked crude from the Bakken formation in North Dakota is particularly explosive thanks to its higher levels of light hydrocarbons and, possibly, the presence of flammable fracking chemicals. And DOT-111 tanker rail cars, which make up 70 percent of the nation’s tanker fleet, puncture easily.

New regulations that could force older tank cars to be upgraded or phased out are under development, but will not be proposed until Nov. 12 and will be subject to a public comment period until Jan. 12, 2015, according to the Department of Transportation.

However, that initial timeline could shift as the process continues, said Pipeline and Hazardous Materials Safety Administration spokesman Gordon Delacambre.

If the timeline shifts, expect the rules to be even later.

This is a big disappointment to some lawmakers and others who had hoped that the rules would be drafted in the coming months or even weeks. From the Twin Cities Pioneer Press:

[North Dakota Sen. John Hoeven (R)] and other federal lawmakers turned up the pressure in the wake of the Dec. 30 crash in Casselton, where 18 DOT-111 cars hauling crude oil ruptured after the train collided with a derailed soybean train, sparking explosions and sending thick plumes of black smoke over the small town.

“It’s disappointing,” Hoeven said Wednesday after the DOT released its schedule. “They need to get going on this.” …

Hoeven said a quicker rollout of regulations is necessary to put the public at ease and let shipping companies know what rules they’ll be working under. …

More than 300,000 DOT-111s are on the rails — 94,000 of which haul hazardous fluids such as crude oil and ethanol, according to the Railway Supply Institute.

There is a bit of good news. Railroad and oil companies agreed on Thursday to take some voluntary steps to make oil trains safer. From The Wall Street Journal:

Any steps the industries take voluntarily would occur much faster than changes imposed by regulators. …

Anthony Foxx, secretary of the Transportation Department, said the railroads agreed to take steps to avoid derailments and reroute trains around high-risk areas. …

The energy and rail industries also agreed to come up with new recommendations for tank-car fleets in the next 30 days, he said.

For now, if you live near train tracks, keep your fingers crossed and hope for the best.