Salamanders are doing their best to stave off climate change 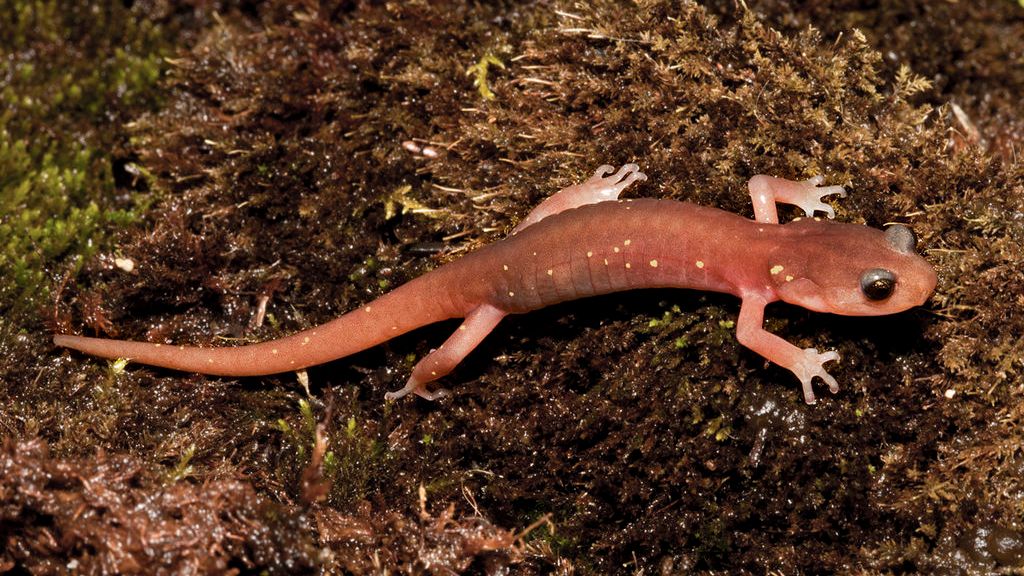 Salamanders are doing their best to stave off climate change

If we can’t get through to Republicans, at least we have one slimy little crawler* that’s helping to mitigate climate change. A new study indicates that woodland salamanders help keep carbon out of the atmosphere, thanks to their diet of insects that feed on dead leaves.

Here’s how it works: Salamanders eat mostly “shredding invertebrates,” bugs that survive by ripping leaves to pieces and eating them. Shredding the leaves releases their carbon into the atmosphere — but when there are fewer shredding invertebrates, leaves stay on the ground and decompose, with their carbon eventually being absorbed safely into the soil. By eating the shredders, salamanders help carbon be directed into the ground and not into the air.

Scientists from the U.S. Forest Service and the College of the Redwoods investigated this phenomenon by setting up a series of enclosures, some with salamanders and some without, says the New York Times:

The presence of salamanders resulted in a significant decrease in shredders: fly and beetle larvae, adult beetles and springtails. In the plots with no salamanders there were more shredders, and they consumed about 13 percent more of the leaf litter. Almost half of that lost weight was carbon, released into the atmosphere.

These enclosures were only 16 square feet, so it remains to be seen whether this effect persists when you’re looking at a whole forest. But if it does, the tiny salamander is actually doing a lot to help the climate:

The authors calculate that woodland salamanders at the density in their study would send 179 pounds of carbon per acre of forest down into the soil, rather than up into the atmosphere. Extrapolated to the huge numbers of woodland salamanders and other predators working in the leaf litter of forests around the world, that is enough to affect global climate.

It’s not going to have a major effect like, say, unhitching ourselves from the oil economy — especially since scientists still disagree on details (like whether the reduction in shredders would still have an effect in dry conditions, when it’s harder for the soil to absorb carbon). But it’s a nice illustration of how important it is to preserve the food chain and protect even the tiniest creatures.

Now let’s set up a cow vs. salamander death match, for the fate of the planet!

Correction: It has been pointed out to the author that salamanders aren’t reptiles, they’re amphibians, which SHE TOTALLY KNEW. Whoops. Climate-denying Republicans, however, remain reptiles.