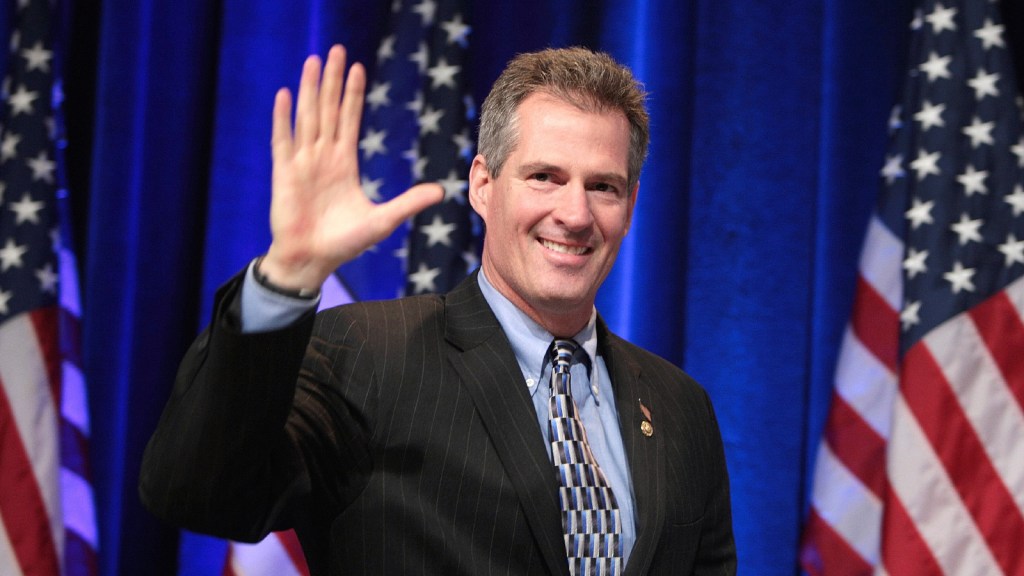 iStockphoto
This flip is a flop

With age comes wisdom, supposedly. But not for Scott Brown. As the evidence of human-made climate change accumulates, Brown has decided he no longer accepts it.

Brown, the former U.S. senator from Massachusetts and current candidate for senator in New Hampshire, used to have a pro-environment record. During his 12 years in the Massachusetts state legislature, from 1998 to 2010, he voted for strong state limits on greenhouse gases and in favor of forming the Regional Greenhouse Gas Initiative (RGGI), a carbon-trading system for Northeast states. In 2007, the Massachusetts Audubon Society gave him a perfect rating on its scorecard.

After being elected in 2010 as a U.S. senator for Massachusetts, though, Brown became a national Republican star and started stepping into line with his GOP colleagues. He said he regretted his vote for RGGI, and he voted against eliminating billions of dollars in subsidies for oil companies and against higher auto fuel-economy standards. His voting score from the League of Conservation Voters for his U.S. Senate tenure was just 38 percent. In 2012, Brown received $280,000 from fossil fuel companies. In that year’s election, the same environmental groups that once praised Brown backed his Democratic opponent, Elizabeth Warren, who ultimately won.

Brown managed to say he understood the science of climate change, though. “I do believe man plays a role,” he told The Boston Globe during the 2012 campaign. “That being said, we need to do everything; we need to work together, finding that balance to not only address our climate change problems but also to allow people to work and create jobs.” That view would make him more sane than any of the current Republican presidential contenders whose climate records I recently analyzed. Of the 13 aspirants I looked at, 11 either don’t understand climate science or haven’t addressed the subject. The only two who accept climate science are relatively mainstream politicians from blue and purple states, Ohio Gov. John Kasich and New Jersey Gov. Chris Christie. But they both oppose taking action to address the problem, whereas Brown called in 2012 for balancing climate action and economic growth. (In practice, of course, Brown might use that as an excuse to oppose any action, thus rendering his position indistinguishable from Christie’s.)

But now that Brown is trying to get back to the Senate, he’s fallen completely into lockstep with his science-denying party. At Saturday night’s Republican primary debate in Exeter, N.H., Brown was asked, “Do you believe the theory of man-made climate change has been scientifically proven?” He simply replied, “No.”

The scientific consensus about anthropogenic climate change has only gotten more robust in the last few years — see, for example, the 2013 report from the Intergovernmental Panel on Climate Change, and this year’s National Climate Assessment. So why has Scott Brown changed his mind? Does aging make you less able to understand science?

No, it’s not that. Either Scott Brown was lying in 2012, or he is lying now, or he doesn’t really believe in anything at all. (I’d put my money on the latter.) As the Republican Party moves further right, and as Brown has moved to more conservative New Hampshire, Brown’s political imperative has changed. He’s not the only one. A couple of potential Republican presidential candidates, Mike Huckabee and Marco Rubio, have abandoned their belief in climate change. Mitt Romney did the same thing in 2012. And John McCain and Lindsey Graham did so back in 2009 and 2010.

The public is silly on this point as well. Between 2006 and 2009, the percentages of Republican and Democratic citizens who accept climate science dropped by 24 points and 16 points, respectively. By November 2013, the proportions had returned to almost their 2006 levels, according to a Pew poll — 88 percent of Democrats and 50 percent of Republicans believed in climate change at that point, versus 91 percent and 59 percent respectively in 2006. But that trend over the last eight years should be sobering to anyone too encouraged by Robert Jay Lifton’s op-ed in the Sunday New York Times arguing that the public has finally come around to climate change psychologically.

And still 70 percent of Tea Party Republicans don’t accept climate science. Those hard-core, right-wing Republicans are the ones most likely to donate to candidates, volunteer for campaigns, and vote in primaries. Just ask Eric Cantor. Or Scott Brown. On that point, unlike climate science, Brown’s understanding hasn’t degraded with age at all.