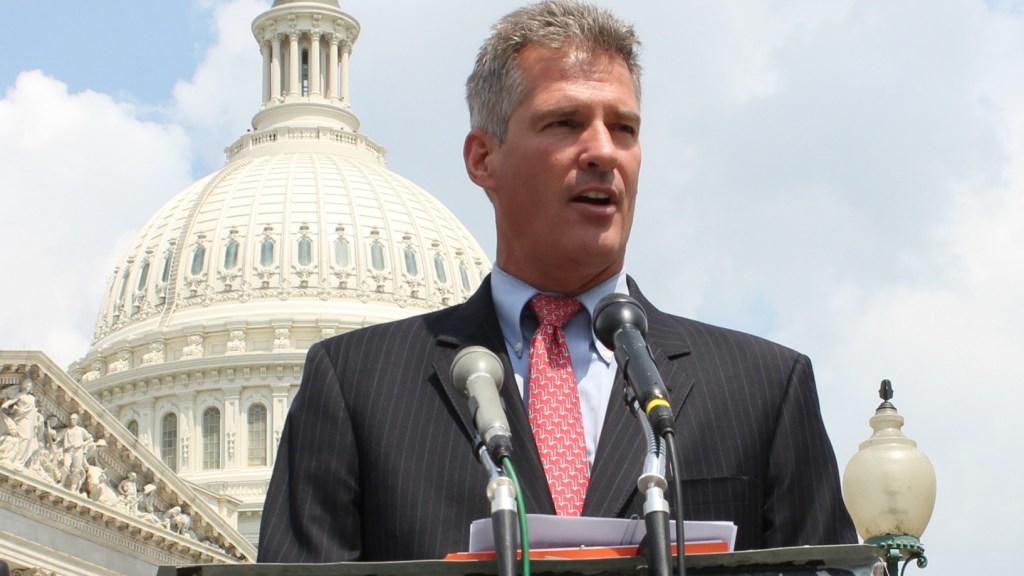 WASHINGTON — New Hampshire Senate candidate Scott Brown called Senate Republican leadership to urge them to stop a bipartisan energy efficiency bill, so as not to give Sen. Jeanne Shaheen (N.H.), the bill’s Democratic sponsor and his Democratic opponent, something to run on.

The Huffington Post first reported on Tuesday that Brown, a former senator from Massachusetts, lobbied against the bill as recently as last week. The Shaheen-Portman bill failed to clear a procedural hurdle Monday despite enjoying broad bipartisan support. Although the legislation had 14 co-sponsors — seven from each side of the aisle — just two other Republicans ultimately voted with Sen. Rob Portman (Ohio) to end debate on the measure: Sens. Kelly Ayotte (N.H.) and Susan Collins (Maine).

A spokesperson for Brown, who did not return HuffPost’s request for comment, did not deny the report in a statement to Politico. “Scott Brown was concerned that Sen. Shaheen was refusing to allow a vote on the Keystone pipeline, a commonsense and bipartisan project that would immediately create thousands of jobs and lessen our dependence on foreign oil,” spokesperson Elizabeth Guyton said.

Brown is running in the New Hampshire GOP primary, set for Sept. 9, for the opportunity to challenge Shaheen in November.

Senate Republicans abandoned the Shaheen-Portman bill after GOP leadership tried to force votes on energy-related amendments, such as approving the Keystone XL pipeline and blocking a new Environmental Protection Agency rule on coal-fired power plants. Senate Majority Leader Harry Reid (D-Nev.) rejected additional amendments to the bill, although he promised to hold a standalone vote on Keystone if Republicans helped pass the energy efficiency measure. Reid also pointed out that the bill’s sponsors had already incorporated 10 bipartisan amendments before reintroducing it this year.

Don Stewart, a spokesperson for Senate Minority Leader Mitch McConnell (R-Ky.), did not confirm or deny that Brown lobbied GOP leadership against the Shaheen-Portman bill. “Sounds like he was saying the same thing everyone else was: Americans should be allowed the opportunity for the Senate to vote on Keystone and other job creation measures,” Stewart said in an email to HuffPost.

Requests for comment to Portman, Ayotte, and Collins were not returned.

“First, he was here two years and he seems still not to understand the legislative process,” Schumer told reporters Wednesday on Capitol Hill. “By killing the Shaheen bill, he also killed a vote on the pipeline. He seems to have a pattern of saying one thing publicly and doing something else internally, and it always seems to catch up with him.”

The Shaheen-Portman bill includes incentives, opportunities, and funding to improve the energy efficiency of commercial buildings, houses, and appliances, but does not impose any mandatory standards. It would spur the creation of 190,000 jobs, save the country $16.2 billion a year on energy bills by 2030, and reduce planet-warming greenhouse gases, according to the American Council for an Energy-Efficient Economy. Several leading energy-related groups have endorsed the bill, including the American Chemistry Council, the American Gas Association, and the Earth Day Network.

Last year, Shaheen discussed the importance of the energy efficiency bill when asked what she considered to be her most defining piece of legislation. The New Hampshire GOP resurrected those comments to attack her over the bill’s failure this week.

“Sen. Shaheen has called the Shaheen-Portman Energy Efficiency Bill her ‘defining’ legislation,” Jennifer Horn, chair of the New Hampshire Republican State Committee, said in a statement Monday. “But after its defeat, Sen. Shaheen doesn’t have a single legislative accomplishment to run on as she seeks reelection. It’s time to end Jeanne Shaheen’s failed tenure in the Senate and replace her with a responsible Republican who can get results for New Hampshire.”

Shaheen has not weighed in on Brown’s role in defeating her bill, but lamented “election-year politics” shortly after the legislation failed.

“I worked hard with Sen. Portman and a countless number of business and environmental interests to craft a smart, pragmatic energy bill because we knew that was in the best interests of our economy and our environment,” Shaheen said. “People in New Hampshire and across the country lost out today because of election-year politics, but I will continue to fight for Shaheen-Portman because it’s a win-win-win for jobs, clean air and taxpayers.”

Her campaign hit back against Brown’s efforts in a statement Wednesday quoting frustrated business leaders.

“I’m not someone who generally weighs in on political matters, but I was outraged to learn of Scott Brown’s behind the scenes deal to block Sen. Shaheen’s bipartisan bill that would have created close to 200,000 jobs,” said Kedar Gupta, co-founder and CEO of ARC Energy in Nashua, N.H., in the release. “Brown placed politics over New Hampshire families and our nation’s energy and economic interests.”