Shell gets the final go-ahead to drill in the Arctic 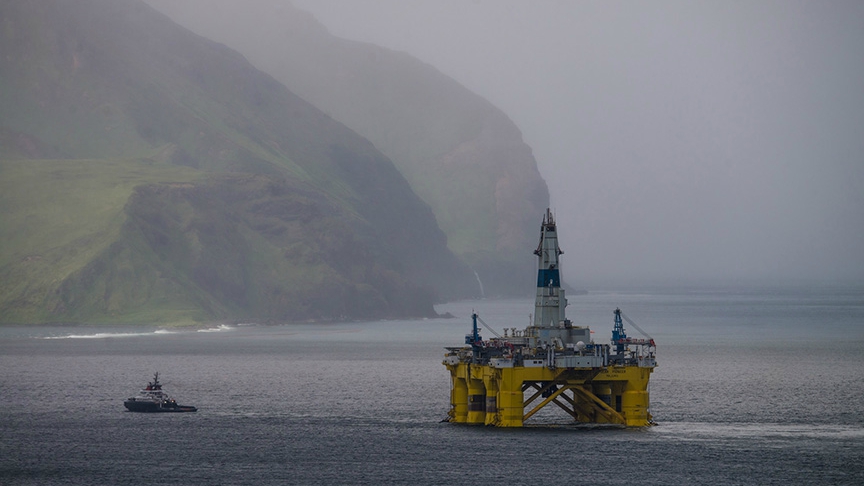 Shell gets the final go-ahead to drill in the Arctic

Shell has cleared its last regulatory hurdle before beginning drilling in the Arctic. And while that fact has ticked off environmental groups, Shell did not end up receiving the free pass it had been hoping for … at least, not yet. From FuelFix:

Under the limited Interior Department drilling permits, Shell can only focus on one well at a time, and it cannot penetrate potential oil- and gas-bearing zones some 8,000 feet underground, at least until a damaged company-contracted icebreaker returns from repairs in Oregon.

That ship, the MSV Fennica, is meant to keep ice from encroaching on Shell’s drilling operations and is designed to install critical equipment on top of a damaged well in an emergency.

Shell had hoped to exploit multiple wells at the same time during the short July-to-September window when drilling is viable in the Arctic. It had also hoped to drill multiple wells within nine miles of one another, but the Department of the Interior decided that wells would have to be 15 miles apart, in the interest of wildlife protection.

Then, earlier this month, one of Shell’s two icebreakers, the MSV Fennica, ended up with a crippling gash in its hull and had to dock in Portland, Ore., for repairs. It was a setback for the company, and environmental groups argued it was proof that Shell is not competent enough to manage the task of extracting oil in harsh Arctic conditions.

Shell’s past exploits in Arctic drilling have been a less-than-humorous comedy of errors. One of the company’s contractors ended up being fined $12 million after one of its ships ran aground in 2012. Environmental groups suggested that this year’s renewed efforts would lead to a similar outcome, and, when the MSV Fennica ended up hitting an uncharted rock, they redoubled their argument. The ship was carrying equipment to help the company deal with an oil spill — an eventuality that, according to DOI, is not unexpected. A February analysis found that there’s a 75 percent likelihood that Shell’s efforts in the Arctic will result in one or more spills of more than 1,000 barrels of oil during its 77-year lease.

“Today’s approval ignores Shell’s dismal record of safety violations and undermines President Obama’s pledge to combat climate change,” said Marissa Knodel of Friends of the Earth. “With this decision, President Obama has given Shell an open invitation to turn the Chukchi Sea into an energy sacrifice zone, threatening both the resilience of the American Arctic Ocean and his climate legacy.”

Even though the company will not be able to drill as many wells as it had hoped, any drilling at all is bad news for the climate. A January paper in the journal Nature concluded that, if the world is to avoid the nastier effects of global warming that come with a rise in average global temperatures of more than 2 degrees Celsius, then all of the oil in the Arctic will have to stay put. Shell, however, has different ideas — and now the company has the go-ahead to act on them.