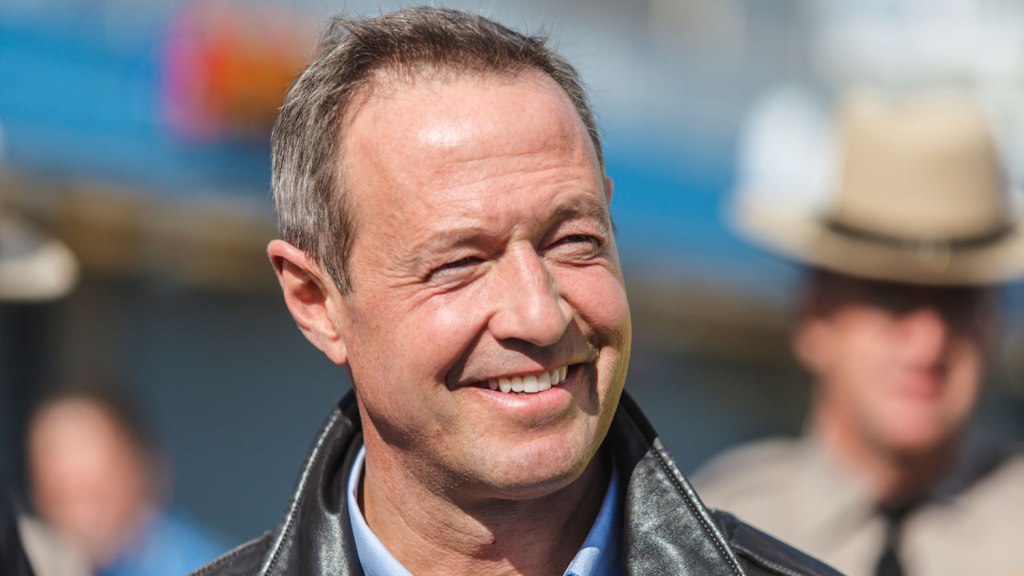 Martin O’Malley is trying to raise awareness about the ancillary benefits of combatting climate change. That’s why the former Maryland governor and Democratic presidential candidate talks a lot about creating green jobs.

On Monday, O’Malley raised another point: Climate change may be worsening conflicts in some parts of the world. In an interview with Bloomberg, he said:

One of the things that preceded the failure of the nation state of Syria and the rise of ISIS was the effect of climate change and the mega-drought that affected that nation, wiped out farmers, drove people to cities, created a humanitarian crisis that created the symptoms — or rather, the conditions — of extreme poverty that has led now to the rise of ISIS and this extreme violence.

If you’re well-informed about climate change and national security, O’Malley’s statement won’t be the first time you’ve encountered this idea. And it certainly shouldn’t strike you as bizarre. As Mother Jones notes, “There is no shortage of high-quality, peer-reviewed research explicating this link.”

More broadly, the science on climate change increasing the risk of severe drought, and thus causing resource scarcity, is very well-established. As the Intergovernmental Panel on Climate Change reported last year, climate-related droughts can lead to “disruption of food production and water supply,” which can lead to still more problems: “Climate change can indirectly increase risks of violent conflicts in the form of civil war and inter-group violence by amplifying well-documented drivers of these conflicts such as poverty and economic shocks.”

But Republicans and conservatives are not well-informed on climate change, so they were struck by O’Malley’s comments as if they came flying out of left field. Reacting with glee, conservatives thought they had caught a gaffe. Republican National Committee Chair Reince Priebus pounced and issued a statement: “Whether it’s the weak Obama-Clinton nuclear deal that paves the way for Iran to obtain an atomic bomb or Martin O’Malley’s absurd claim that climate change is responsible for ISIS, it’s abundantly clear no one in the Democratic Party has the foreign policy vision to keep America safe.”

This is not a fair or accurate characterization of what O’Malley said. O’Malley didn’t “claim that climate change is responsible for ISIS.” He said that the drought in Syria contributed to the conditions that gave rise to ISIS. The O’Malley campaign knows their candidate is in the right, so Deputy Campaign Manager Lis Smith shot back on Monday night by saying, “If Republicans want to have a debate about either foreign policy or science, we have a message for them: bring it on.”

And judging from reactions in the conservative blogosphere, Priebus probably genuinely thought O’Malley was making a crazy argument. The Washington Free Beacon, a conservative website, speculated that “O’Malley, so far behind in the polls as to be a practical non-factor in the Democratic race, may have thought that saying truly brazenly silly things to get attention is his only recourse at this point.” An item in NewsBusters, a conservative website that catalogues examples of what it considers liberal media bias, gleefully mocked O’Malley and assumed — without even bothering to do a Google search to check — that O’Malley was the first person ever to concoct this far-fetched theory. Its writer, Tom Blumer, went on to castigate reporters who had covered the rollout of O’Malley’s climate action plan for ignoring this mortifying error on O’Malley’s part:

If they’re so wired into climate change, why are they ignoring O’Malley’s claim yesterday, in an interview with Bloomberg News, that climate change, aka the sanitized term for global warming, is largely responsibe [sic] for the rise of ISIS? Answer: Embarrassing comments by leftists are ignored until a Republican or conservative criticizes them. …

Perhaps the media outlets which loved his climate change plan a month ago would consider asking him to get a bit more detailed about his unique take on history. Don’t bet on it. They know that the answer, if it ever came, would be embarrassing.

O’Malley’s comments reflect actual scientific findings published earlier this year in the Proceedings of the National Academy of Sciences. The paper, from researchers at Columbia University, found that an extended, severe drought in Syria — a drought whose severity was made two to three times more likely due to climate change as it would have been otherwise — worsened existing water security and agricultural woes and forced approximately 1.5 million more people into urban areas. This helped create internal conflict and the conditions that facilitated the growth of extremist like the Islamic State, or ISIS.

As for the liberal media’s efforts to cover up for the loons who propagate this idea, there isn’t much evidence for that. If you just Google the words “ISIS” and “climate change,” right on the first page of results you will find stories like one from Slate in 2014 with the subhed, “Is climate change destabilizing Iraq?” Slate’s Eric Holthaus writes:

As in neighboring Syria, it’s increasingly clear that Iraq is drying out, an effect that’s long been predicted as a result of the human-caused build up of heat-trapping gases like CO2. … Much of Iraq’s climate is similar to California’s Central Valley, with a long summer dry season and a rainier, more productive winter. That’s helped Iraq serve as the breadbasket of the region for millennia, but no longer. Like Bakersfield, Baghdad is intensely dependent on river water from upstream for irrigation of most of its crops. After decades of war, not nearly as much water is getting through.

This year’s major drought has coincided with the rise of ISIS, which has already used dams as a weapon of war, threatening downstream agriculture and electricity production during its march to gain control of vast swaths of territory in Syria and northern Iraq. … For all the debate over climate change, those in the national security realm are moving surprisingly full-speed ahead. In this year’s Quadrennial Defense Review, the Pentagon listed the impacts of climate change, like drought, as “threat multipliers.”

So it would be fair to say that O’Malley’s view is not, as the NewsBusters’ item claims, “unique.” It is widely discussed among those who follow climate science — including the U.S. military and security establishment. Just two weeks ago, Grist’s Clayton Aldern wrote about it pegged to a new independent report, commissioned by the G7, that found competition for resources exacerbated by climate change will increase violent conflicts. Syria was one of the key case studies where we can see it’s already happening.

There are some people who should indeed feel embarrassed by this episode, but it’s not O’Malley or his supporters.