California’s crippling drought is not expected to improve over the winter, according to new forecast data released Thursday by the National Oceanic and Atmospheric Administration.

Nearly 60 percent of the state is experiencing exceptional drought — the worst category — NOAA reported. The map below shows that the northern California coast could see some improvement. But in the Central Valley, a critical source of fruits, nuts, and vegetables for the whole country, conditions won’t be getting better any time soon. A little rain is expected, NOAA forecaster Mike Halpert said in a statement, but not enough to reverse the trend. 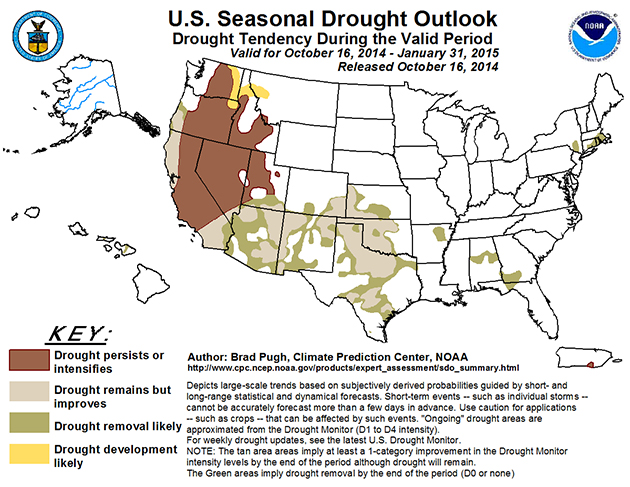 “While we’re predicting at least a 2 in 3 chance that winter precipitation will be near or above normal throughout the state, with such widespread, extreme deficits, recovery will be slow,” he said.

The report adds that El Niño, which tends to brings wet weather for the West Coast, is expected to be weak this winter and thus won’t provide much relief.

California’s winter is also more than 50 percent likely to be warmer than average: 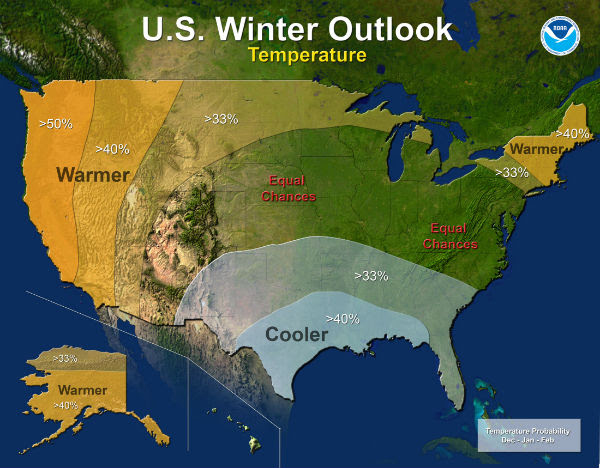 And in case you’re still wondering why you should care about California’s drought, try this: The state is the country’s No. 2 o pumpkin producer. And with Halloween approaching, pumpkin prices have jumped 15 percent because of the drought. Scary!