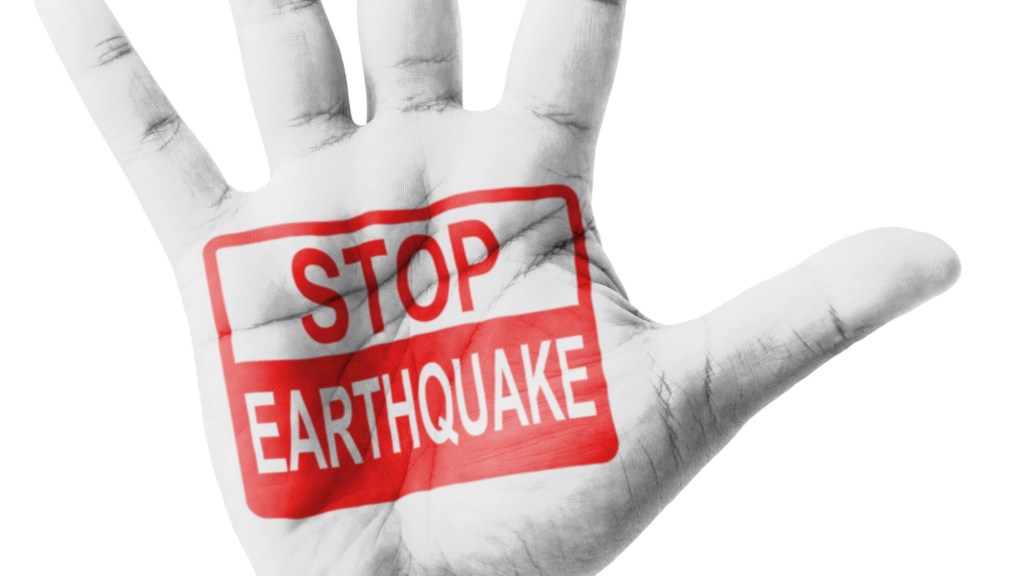 Frackers have been triggering earthquakes across the country by injecting their wastewater at high pressure into disposal wells.

That much is certain. The U.S. Geological Survey has linked the practice to a sixfold increase in earthquakes in the central U.S. from 2001 to 2011. It’s also possible that the very act of fracking has been causing some temblors.

What isn’t certain, though, is what governments can do about it. Bloomberg reports on a new initiative that aims to manage some of those earth-shaking dangers:

Regulators from Kansas, Texas, Oklahoma and Ohio met for the first time this month in Oklahoma City to exchange information on the man-made earthquakes and help states toughen their standards.

“It was a very productive meeting, number one, because it gave the states the opportunity to get together and talk collectively about the public interest and the science,” Gerry Baker, who attended as associate executive director of the Interstate Oil and Gas Compact Commission, a group that represents energy-producing states, said in an interview. “It was a good start in coordinating efforts.” …

The goal of the regulators is to develop a set of common procedures to monitor for earthquakes, investigate their cause and draft rules and regulations to prevent them, said Scott Anderson, senior policy adviser for the Environmental Defense Fund in Austin, Texas, who has been in communication with state regulators on the issue.

Would we be stating the obvious if we suggested that these states protect themselves from earthquakes by simply stopping fracking — just as New York and countless local municipalities have done — while the drilling risks are better investigated by scientists?