The Canadian pipeline (almost) everyone hates gets a go-ahead 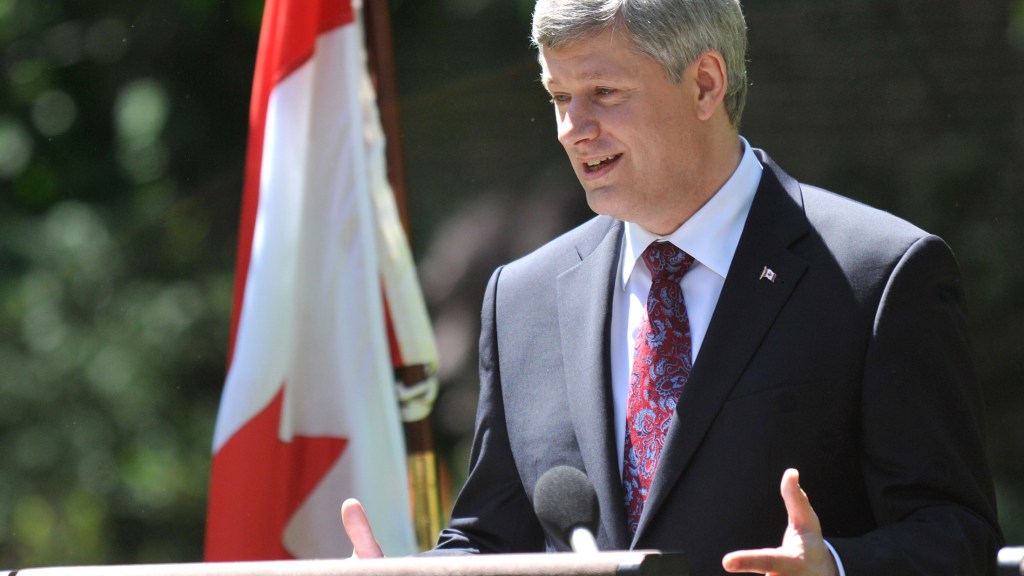 The Canadian pipeline (almost) everyone hates gets a go-ahead

This is not a huge shock. This is the man, after all, who called Barack Obama to personally register his displeasure over the president’s failure to approve Keystone XL. In the years before he was prime minister, Harper was a second-generation employee of the Imperial Oil Company. The man has governed in a way that is not only anti-environment but anti-environmental science. What else was he going to say to a pipeline besides “yes”?

Northern Gateway is tremendously exciting to those who invested big in Canada’s tar sands, and then found that the pipeline that would get their product to market — Keystone XL — had become a symbol of everything dangerous about current energy markets. The Northern Gateway pipeline would carry diluted bitumen (a.k.a. dilbit — tar-sands crude oil diluted in solvents so it’s liquid enough to be pumped through a pipe) from Alberta through British Columbia to the Pacific port town of Kitimat. There, it would be loaded onto tankers bound for China — now the world’s largest net importer of petroleum and other liquid fuels — and other countries in Asia.

Northern Gateway also is a key part of Canada’s Plan B: four pipelines that, together, would have almost four times the capacity of Keystone XL. “That,” gloated David Olive in the Star last week, “is a stake in the heart of environmentalists.” Also, he added, since none of the four projects required U.S. approval, Canada was finally liberated from “U.S political meddling” — free to sit back, make some money, and enjoy its oil boom.

What this kind of talk omits, however, is the possibility of environmentalists in Canada. In an interview with the CBC two years ago, Harper claimed that he had respect for Canadians who want to protect their own land; he just felt that most pipeline opposition came from “certain people in the United States would like to see Canada be one giant national park for the northern half of North America.”

But the future of Plan B isn’t that much more certain than Keystone XL was as Plan A. While Trans Mountain and the Line 9 are expansions of existing pipelines, and difficult to block, that hasn’t stopped people from filing legal challenges against them. Energy East is still in the early stages of approval. And no pipeline in Canada has attracted as much negative attention as Northern Gateway. The pipeline’s path runs along the southern end of the Sacred Headwaters, an area that has both religious significance to First Nations communities and a whole lot of wild salmon. In 2012, British Columbia banned all oil and gas drilling and exploration in the area.

There are already five legal challenges that will kick into gear now that the pipeline is approved. Three of the challenge were filed by First Nations groups in British Columbia — the Haisla, the Gitga’at, and the Gitxaala. Emissaries of those groups have made it clear that, even if the pipeline was approved, Enbridge can expect some trouble. “I really discourage civil disobedience and violence, but I don’t know how long my members will honor my request to be civil,” Ellis Ross, chief councillor of the Haisla, told the Globe and Mail.

Meanwhile, Enbridge has been trying to win over British Columbia, donating $225,000 to the shop departments of high schools along the pipeline, and training kids to be deckhands and water taxi pilots, thus preparing them for the 3,000 construction jobs and 560 long-term jobs that Enbridge says the pipeline will bring. Whatever the effects, the job training is not winning a majority. Recently Kitimat, city that has the most to gain from Northern Gateway with regard to long-term jobs, held a plebiscite; 58 percent of residents voted against the project. According to Enbridge, 60 percent of the First Nations along the pipeline route have signed agreements with the company, but they’ve also — according to Enbridge — asked the company to keep their names a secret.

British Columbians are also organizing a referendum that would allow the province itself to weigh in on the pipeline, a tool that the province has used, successfully, to block other unpopular national policies. Earlier this month, a Bloomberg-Nanos poll found that only 29 percent of British Columbia’s residents were in favor of Harper approving the pipeline; 33 percent of respondents wanted the project delayed, and 34 percent wanted it rejected entirely. Overall, respondents said that they were more worried about oil spills (36 percent) than they were excited about the prospect of jobs (25 percent).

Those fears aren’t groundless. Dilbit is something of a debutante, oil-spill-wise: when over a million gallons of it spilled out of an Enbridge pipeline and into Michigan’s Kalamazoo River, spill response crews found that it behaved differently than the oil spills they had been trained on — instead of floating, it sank, and crawled blob-like along the river floor, eluding cleanup like a B-movie monster.

Opposition to Northern Gateway appears to span all levels of Canadian government. Justin Trudeau of the Canadian House of Commons — who is a booster of Keystone, and probably Harper’s main competition in 2015’s race for prime minister — told the Star that Harper should reject the project. “It has failed to show those whose jobs and livelihood depend on the Pacific Ocean that a catastrophic spill can be prevented,” he said. British Columbia’s premier, Christy Clark, hasn’t said she’s directly opposed to Northern Gateway. But she has set high conditions for her own approval of the project, including cutting-edge water and land-based oil-spill teams, involvement of First Nations, and a larger share of TransCanada’s profits from the venture.

TransCanada reports that even with Harper’s approval, construction won’t be able to start for another 18 months, at least. Meanwhile the protest camp and temporary homes built along the pipeline by the Wet’suwet’en — one of the First Nations opposed to the pipeline — are already occupied.

“We’ll just say ‘you don’t have jurisdiction,'” Freda Huson, one of the nation’s leaders, told the Globe and Mail. “We never ceded or surrendered our land. We don’t need permission to be out there. It’s ours and we’ve never given it up.”