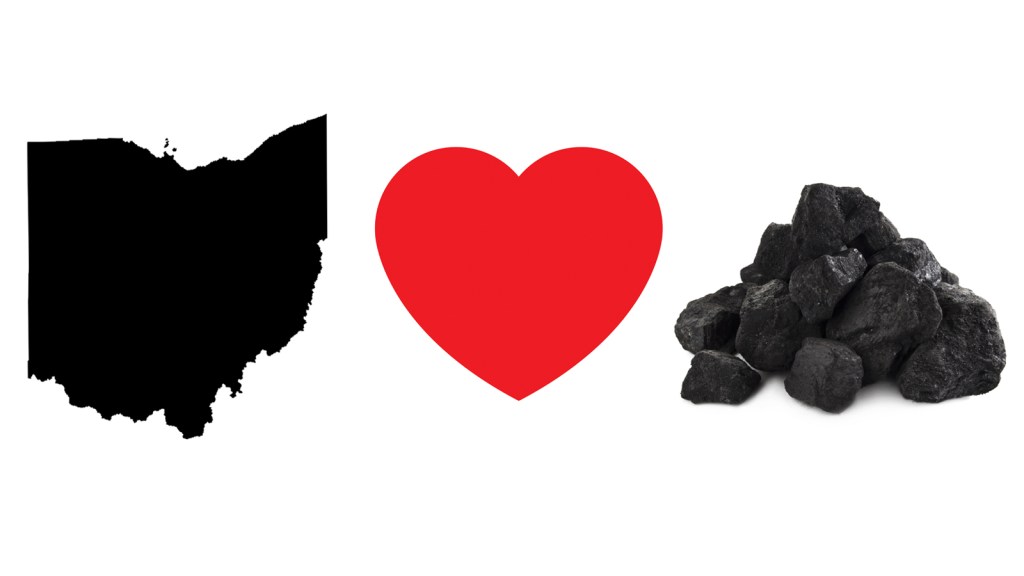 Congratulations, Ohio! Not only do you purportedly enjoy the most heinous unofficial state food in the union (please refer to item No. 52 on the linked list), you’re also vying for the position of Most Regressive Energy Policies in an Already Relatively Behind-the-Times Country. And that is definitively a contest in which no one wins.

Yesterday, the Ohio House of Representatives passed a bill that will freeze requirements that utilities gradually increase their use of renewable energy and energy efficiency. It rolls back a law passed by a wide majority of the state House and Senate in 2008. The state Senate has also approved the bill, and Gov. John Kasich (R) is expected to sign it.

On what basis could one oppose such a green energy policy? Let’s ask an Ohio Republican. From The Columbus Dispatch:

The standards needed to be changed because they “are simply not achievable or sustainable,” said Rep. Peter Stautberg, R-Anderson Township.

Across the country, conservative organizations such as the American Legislative Exchange Council (ALEC) have spent the past couple of years trying to roll back state renewable energy standards. Until yesterday, their efforts had largely failed.

To be fair to Ohioans, this outcome doesn’t appear to be representative of their actual desires at all — and thus the irony of American democracy strikes again. Last month, a survey commissioned by the Ohio Advanced Energy Economy showed that 72 percent of Ohio residents expressed a preference for pursuing solar and wind power as alternatives to coal and nuclear energy. Eighty-six percent supported the 2008 clean energy law as it was.

And many businesses — including Honda, one of the state’s largest employers — opposed the rollback as well, pointing out that the renewable mandate has spurred the growth of the state’s clean energy industry. Even the Ohio Manufacturers’ Association said the rollback “will drive up electricity costs for customers and undermine manufacturing competitiveness in Ohio.”

But even while clean energy is becoming more mainstream, some Republicans are still managing to make it more politically partisan — which threatens to undo significant progress made on clean energy at the state level. From The New York Times:

“It used to be that renewables was this Kumbaya, come-together moment for Republicans and Democrats,” said Michael E. Webber, deputy director of the Energy Institute at the University of Texas at Austin. “The intellectual rhetoric around why you would want renewables has been lost and replaced by partisanship.”

Now that we’re all nice and depressed about the future of American green energy, who’d like to join me for a steaming bowl of Cincinnati chili? No one? I don’t blame you.