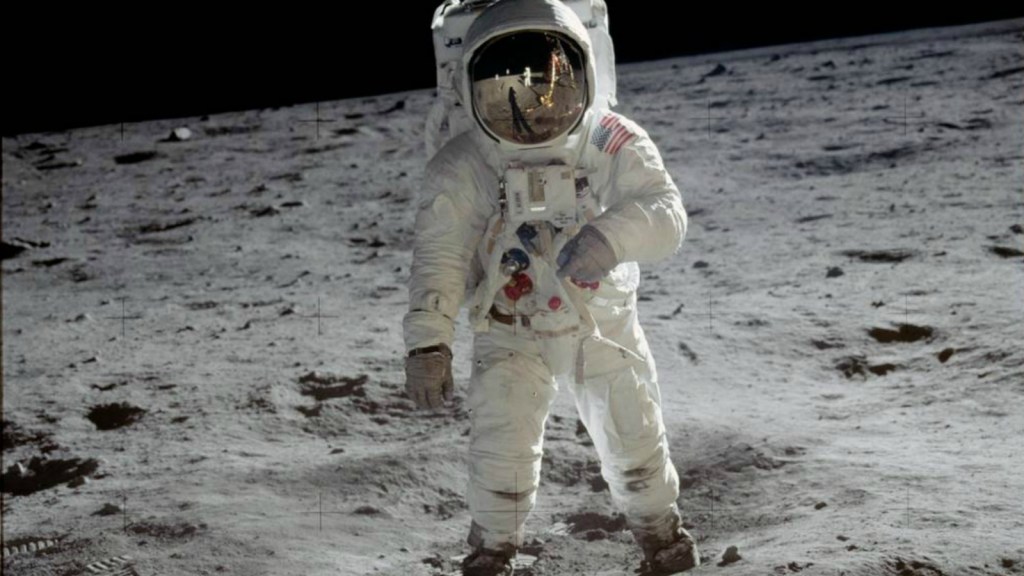 Astronaut Neil Armstrong snapped a photo of Buzz Aldrin on the surface of the moon in 1969. NASA
Climate & Energy

The year before we landed Neil Armstrong on the moon, the largest oil industry trade group was aware of the consequences burning fossil fuels had on the climate. And yet, even today, public belief in climate change is still rising and falling with changes in the weather.

The D.C.-based Center for International Environmental Law this week dug up an old report commissioned by the American Petroleum Institute in 1968. The warning about carbon dioxide might sound familiar:

“If CO2 levels continue to rise at present rates, it is likely that noticeable increases in temperature could occur … “Changes in temperature on the world-wide scale could cause major changes in the earth’s atmosphere over the next several hundred years including change in the polar ice caps.”

This wouldn’t be the last time Big Oil heard this finding. Exxon, in particular, conducted research confirming fossil fuels’ role in global warming as far back as the 1970s. But, as InsideClimateNews investigations have shown, the industry orchestrated a lobbying and misinformation campaign beginning in the 1980s to cast doubt about the research’s conclusions.

The fossil fuel industry was aware of climate change well before the death of Elvis Presley (1977), before the end of the Vietnam War (1975), and way, way before the invention of the internet (1983). The public and politicians, however, are still catching up.