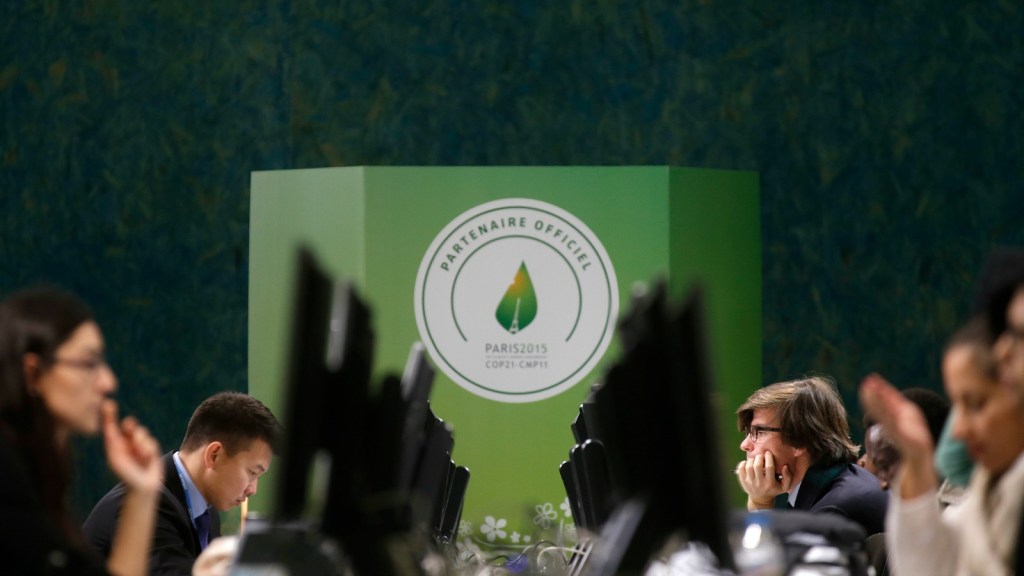 The United Nations climate change negotiations do not hide from acronym.

No, they sprint toward it, arms stretched, yelling “Take me!” Spend some time reading technical press coverage and you’re sure to encounter IPCC, the Intergovernmental Panel on Climate Change. Stay a little longer and you’ll hit LDC (“Least Developed Countries”) and SIDS (“Small Island Developing States”). Even COP21 of the UNFCCC, the event’s name, embraces acronym: It’s the 21st Conference Of the Parties under the United Nations Framework Convention on Climate Change.

For a long time, I thought ADP was the most impressive of all. ADP names the diplomatic process scheduled to end in Paris. Since it began in 2011 in Durban, South Africa, the nations gathering this week are technically titled the “Ad Hoc Working Group on the Durban Platform for Enhanced Action.”

Now, I know I was wrong — naively, ludicrously wrong. While reading a bulleted summary of the Paris climate negotiations last week, I found the following masterpiece:

United States: Supports agreement with differentiation. Need this to create an agreement which is strong and durable. Supports CBDRILONCWRC. No one size fits all approach.

CBDRILONCWRC. There it is — see it, touch it, bathe in it. Let all those hard consonants fall off your tongue. Try adding vowels to make it pronounceable: Cabdriloncwerck. Kiss your fingertips every time you say it. The world is on fire but at least we got a scrumptious acronym in the process.

Yet CBDRILONCWRC turns out to be pretty important. According to Ryan Mearns, a Kiwi university student who has become one of the conference’s most important (if unofficial) scribes, it stands for “Common But Differentiated Responsibility In Light Of National Circumstances With Respective Capability.” This describes, in so many words, how the U.N. now hopes to limit carbon emissions: not with mandatory cutbacks, but with voluntary national commitments. Instead of handing down orders from on high, the U.N. expects every nation to bring their best dish to the party. If an agreement comes out of Paris, we’ll have this principle to thank.