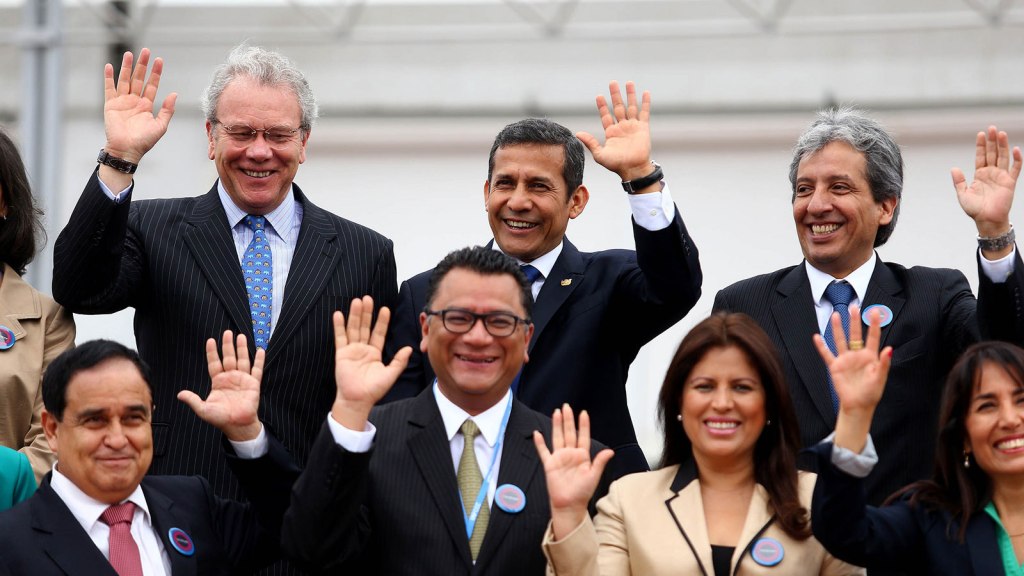 The latest round of United Nations climate negotiations kicked off today in Lima, Peru. For the next two weeks, delegates from 195 countries will hash out the framework for what they hope will become a major international agreement to reduce greenhouse gas emissions when negotiators reconvene in Paris next year. The Lima meeting will also be a chance to hear how far some major carbon-polluters—Brazil, India, Mexico, and more—are willing to go to slow global warming.

The goal of the Lima talks is to set a standard for how countries will formally submit their proposed emissions pledges in preparation for next year’s big summit. You can think of it like a climate action Mad Lib, where the story outline is now being drafted in Lima, and each country will fill in its blanks (but with emissions goals instead of nouns and verbs) before Paris. One of the big debates prior to Paris will be whether developed and developing countries will be required to meet the same criteria for setting those goals, and whether the goals will be legally binding.

This month’s talks will also be the first key test of President Obama’s climate pact with China, which was announced last month. The deal was important for a few key reasons. It set new carbon reductions goals: The U.S. will reduce carbon emissions 26-28 percent below 2005 levels by 2025, while China promised to peak its emissions by 2030. It includes a plan to jump-start clean energy trade between the two countries. But perhaps most importantly, it could be a powerful incentive for other countries to create their own ambitious targets.

“The mood music will change,” said Michael Jacobs, a former environmental advisor to British Prime Minister Gordon Brown. Jacobs, who is in Lima this week with a climate economics think tank run by former Mexican President Felipe Calderon, added, “I think we will see … that if the U.S. and China are both committed, then other countries will not want to look like they aren’t coming to the table.”

That’s a big deal, because widespread political participation is a prerequisite for the kind of global accord U.N. officials are hoping for in Paris. And it’s a big shift from past climate summits, like the 2009 one in Copenhagen, which have fallen apart thanks to a lack of cooperation from the U.S. and China. Those two countries, the world’s top carbon emitters, have traditionally dragged their feet when it comes to global warming. Neither one of them ratified the last international climate treaty, the Kyoto Protocol of 1997.

But climate hawks are optimistic that the U.S.-China accord has already advanced the future Paris negotiations into uncharted waters. As the Harvard economist Robert Stavins pointed out, the Kyoto Protocol covered only about 14 percent of global carbon emissions. But the Paris agreement will be structured differently. Instead of a single unified treaty that every country is expected to sign on to (an approach seen as a political dead end), the Paris agreement will be built around a patchwork of “nationally determined contributions.” The U.S.-China pact essentially serves as both countries’ commitment, and combined with the European Union commitment announced in October, already more than 50 percent of global carbon emissions are covered.

Negotiators in Lima are also designing a system for the international community to review countries’ proposed contributions to ensure that their proposed carbon cuts are sufficiently aggressive and that their calculations make sense. This would be the first time a peer review process is used in international climate talks, said Jennifer Morgan, a senior analyst at the World Resources Institute. Pushing for a strong review framework is a top priority of the U.S. delegation, she said, speaking this morning from Lima.

Countries have until the spring to announce their emissions reduction pledges, so it’s not yet clear if there will be more announcements from Lima. Many eyes are on India, the world’s third-biggest carbon polluter, whose emissions are projected by WRI to climb 70 percent above 2000 levels by 2025. Without cooperation from India, a global accord would be much weaker; Narendra Modi, the country’s new prime minister, has so far been lukewarm on climate action.