These are the 10 dirtiest power companies in the U.S. 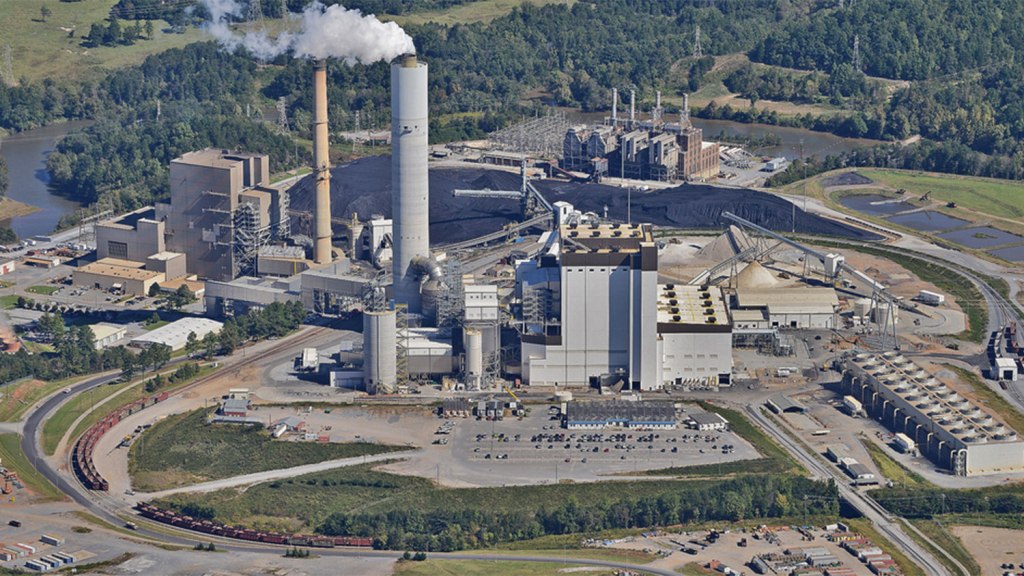 These are the 10 dirtiest power companies in the U.S.

Coal-fired power plants are the single biggest driver of global climate change in the United States. That’s why President Barack Obama’s Environmental Protection Agency is moving quickly to put the finishing touches on a new set of regulations, called the Clean Power Plan, that aim to reduce the nation’s overall carbon footprint 30 percent by 2030 by cracking down on emissions from the energy sector.

Unsurprisingly, many power companies — particularly those that rely on coal as their main source of fuel — are crying foul. Recently, one major coal company and a dozen coal-reliant states tried to block the new rules in federal court. (The court decided last month not to hear the challenge, since the rules haven’t yet been finalized.) And this week, executives from two of the country’s biggest power companies met with White House officials in an attempt to persuade them that the crackdown would be “too much too soon.”

As it turns out, those same two companies — Duke Energy and American Electric Power — emit more carbon pollution than any other power producers in the country. That’s according to a new report released from a coalition of environmental groups and power companies, which draws on public data from the EPA and the Energy Information Administration to reveal the carbon footprints of the 100 biggest power producers in the nation. Many of the names in the database, like AEP or California’s Pacific Gas & Electric, might be familiar from your monthly bill, depending on where you live. The list does leave out some big utilities, like New York’s Con Ed, that primarily distribute power they purchase wholesale from someone else. That said, the database offers a pretty comprehensive snapshot of the companies most responsible for producing climate-changing emissions in the U.S.

The chart below shows the top 10 climate offenders from the database, according to two different metrics, and where each company ranks nationwide in terms of total power production. The first chart shows total carbon dioxide emissions in 2013. Unsurprisingly, that list is comprised mostly of the country’s biggest power companies, such as Duke, Southern, and the Tennessee Valley Authority. These companies produce a huge amount of power, and much of it comes from coal. Duke, for example, gets about 45 percent of its power from coal; for AEP, it’s about 60 percent.

The second chart shows the companies that are the most carbon-intense — that is, the companies that emit the most carbon dioxide per unit of electricity generated. Many of these are small, regional producers that rely almost exclusively on coal. While these companies generate relatively little power overall, what they do generate is exceptionally dirty, climate-wise. Big Rivers Electric, for example, provides power for a patch of western Kentucky with four coal-fired plants, the newest of which came online in 1986. Big Rivers declined to comment for this story. But a spokesperson for Great River Energy pointed out that the dataset may not fully represent a company’s portfolio, because it accounts only for power plants that the companies own and not for contracts with third-party wind and solar farms.

Take another look at the top chart. You might have noticed that while many of the country’s largest power producers appear on the list of major carbon polluters, a few big names are absent. That’s important, and it illustrates the huge climate benefit of using low-carbon fuels. In some cases, these companies have avoided significant carbon emissions because their energy generation portfolio is made up mostly of nuclear (which practically zero-carbon) and/or natural gas-fired plants (which release relatively little CO2). For example, the nation’s No. 2 power producer is Exelon, which gets 59 percent of its power from nuclear. The No. 4 producer, NextEra, gets 52 percent of its power from natural gas, 27 percent from nuclear, and 16 percent from wind. In other words, the carbon footprint ranking is essentially a proxy for which power companies are most reliant on coal.

There’s some good news in the data, as well. In the last few years, nationwide coal use has dropped precipitously. That’s mostly a product of market forces, rather than environmental regulation: Natural gas, made cheaper by the fracking boom, has displaced coal in power plants across the country. At the same time, renewable energy sources have boomed.

“What you see in this report is a significant shift to cleaner fuels,” said Derek Furstenwerth, a contributor to the report and the director of environmental services at Calpine, one of the country’s biggest power companies. Like NextEra, Calpine gets the bulk of its power from natural gas. Calpine has also emerged as a major proponent of Obama’s climate plan.

The shift away from coal has had a significant impact on emissions: Since 2008, carbon dioxide emissions from the power sector have dropped 12 percent. Other types of air emissions reported in the database are also way down, driven by regulations from the EPA that took effect prior to the Obama years. Emissions of nitrogen oxide and sulfur dioxide (both of which cause acid rain and other nasty environmental impacts) are down 74 percent and 80 percent, respectively, since 1990. The trends in those emissions offer a bit of a crystal ball into what will happen when the federal limits on carbon dioxide emissions kick in, said Dan Bakal, a contributor to the report and director of the electric power program at Ceres, a group that tracks environmental issues in the private sector.

“At the time, industry really thought [reducing NOx and SO2 emissions] was not going to be achievable and that it would be much more costly,” he said. “But they stepped up to the challenge and found ways to reduce emissions very cost-effectively. The same thing will happen with CO2.”

Just because carbon emissions are already on the decline, doesn’t mean Obama’s rules are unnecessary. The change isn’t happening fast enough to avert dangerous climate change, Bakal said. But the current trend does show that cleaning up the power sector is possible.

Complying with the Clean Power Plan “will be a bit of a stretch for the industry, which is appropriate for a regulation intended to put us on an improving path,” Furstenwerth said. “But we believe that it’s definitely achievable.”

Update: The chart above has been revised for greater clarity.