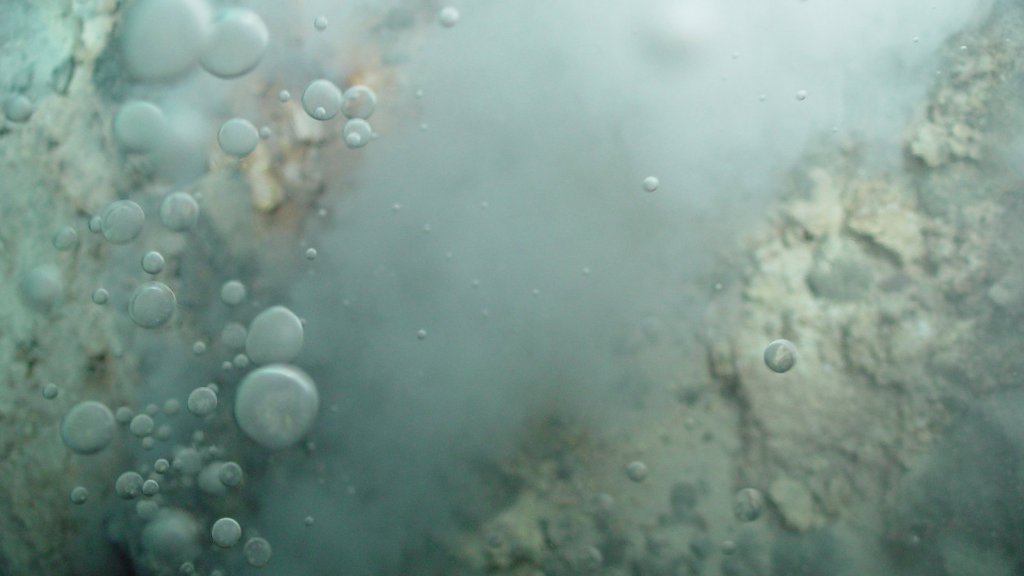 What did you have for breakfast? I bet it wasn’t methane, because that would be bizarre for (presumably) a human like yourself — but did you know that some weird lil’ creatures out there actually breathe the stuff on the reg?

Specifically, we’re talking microbes that live deep on the sea floor and in rocky outcroppings, known as seamounts, according to a new study out this week in the journal Nature Communications. The microbes in question are actually two species: bacteria and some other organisms known as “anaerobic methanotrophs,” catchily nicknamed ANME. The tag team breathes methane, by way of sulfate ions found in seawater, instead of oxygen — and while doing so, the organisms also manage to sequester a non-trivial amount of the greenhouse gas:

“Without this biological process, much of that methane would enter the water column, and the escape rates into the atmosphere would probably be quite a bit higher,” says study first author Jeffrey Marlow, a geobiology graduate student in [lead researcher Victoria] Orphan’s lab.

These methane-metabolizers have been studied before, but only in the sediment in seafloor vents, where methane is actively bubbling into the water. If they are also present deep within the rock of these seamounts, that means there’s a lot more habitat for these global-warming-fighting organisms to use.

The downside? The rock-resident microbes were only about one-third as effective at sequestering methane as their mud-dwelling relatives. So while the question of exactly HOW MUCH methane a bunch of germs can really gobble down is still open, at least we can say that, in a world of methane, every bit counts.