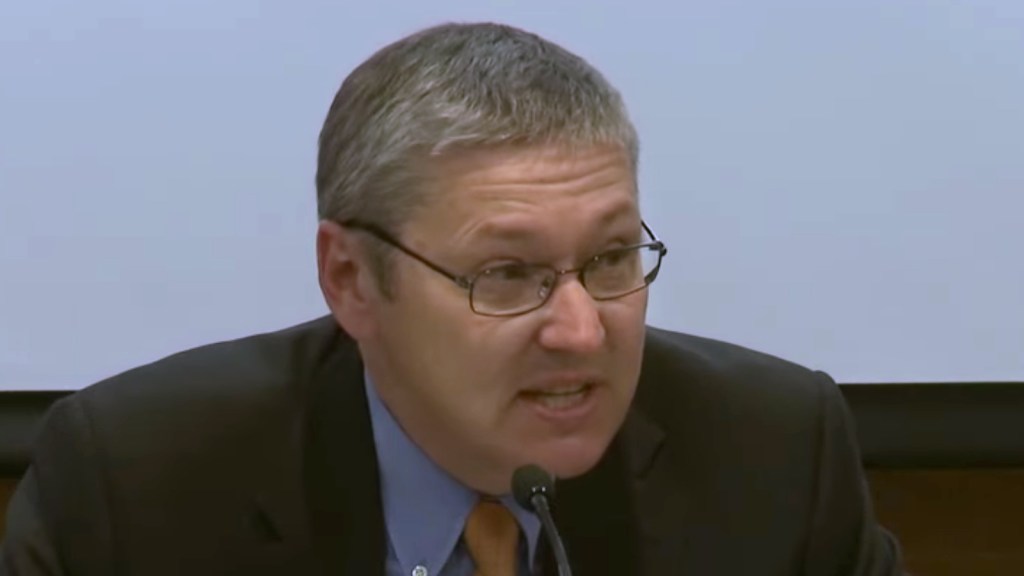 N. Gregory Mankiw is, if not a household name, a dorm-room one. His Principles of Economics textbook is the standard for most college intro-to-econ courses, with more than a million copies sold. A professor at Harvard, Mankiw teaches the university’s most popular undergraduate course, Econ. 10.

He’s also well known in Republican circles. President George W. Bush named him chair of the Council of Economic Advisers in 2003, and in 2006, Mitt Romney brought on Mankiw as an economic adviser, a role the economist played throughout Romney’s 2012 presidential bid.

But though he calls himself a conservative — “I want limited government,” he explains — Mankiw advocates a carbon tax, a position notably at odds with all of the current GOP presidential candidates. He articulated his reasons in a recent New York Times op-ed, “The Key Role of Conservatives in Taxing Carbon.”

We called him up to get his perspective on the rift over climate change among Republicans, and his advice on how to sell a carbon tax to conservatives.

Q. You support a tax on carbon emissions — a rogue or even radical position among many Republicans, including those who accept climate science. Can you briefly state your position on this issue?

A. I’m not a scientist. I don’t even try to pretend to judge the accuracy of climate science. But I understand that science is about probabilities, not certainties. I can read the consensus of scientists, so I take that as a given and go on with economics. I understand that the sooner we deal with this problem, the less costly it’s going to be.

Q. And a carbon tax is the most expedient solution?

A. I’m in favor of tackling climate change in a way that uses the lightest hand of government as possible. That is, to put a price on carbon and incentivize people to reduce carbon emissions through a variety of different channels, allowing individuals to figure out what’s the best way to do that. Is it best to drive smaller cars? Is it best to carpool to work? Is it best to move closer to work? Is it best to commit to public transportation? There’s lots of different ways to change your carbon footprint. Regulations tell you how you should do that, whereas putting a price on carbon nudges people in the direction of reducing their carbon footprint but allows individuals to decide what’s the best way for them to do that.

Q. Let’s get into a bit more detail on the carbon tax you advocate—how will this work?

A. The basic idea of a carbon tax is mainly to put a price on carbon, to directly raise prices on carbon. Once you put a price on carbon, people will conserve on carbon emissions, just like they conserve on other things that are costly. That doesn’t mean we should raise taxes overall, though. If we put a price on carbon and raise revenue through that carbon tax, we can then take that money and funnel it back to people by reducing sales taxes, income taxes, or other taxes. If we’re smart about how we cut other taxes, there’s no reason that this should be a net tax increase, nor does it need to change the distribution of the tax burden among the rich vs. poor.

Q. Why the emphasis on revenue neutrality?

A. There’s no question that all consumers are going to end up paying higher prices for carbon-intensive goods. If you want to make this politically palatable to people, so that they’re incentivized but not necessarily worse off, you need to turn around and say, “Look, whatever revenue we’re collecting from this, we’re giving back to you.”

Q. Is advocating a carbon tax political suicide for Republicans? Is it politically feasible?

Q. The vast majority of Republican presidential contenders are resisting modest steps to address climate change and even rejecting the science of climate change. What do you make of this state of affairs, of the infighting and polarization within the Republican Party on this issue?

A. I think [a carbon tax] scares people on the right because they’re of the view that this is not just trying to put a price on carbon, this is also trying to expand the size of government. Those two issues should be debated very distinctly.

If we start with a small carbon tax and the revenue really were rebated, I think over time a lot voters would say, “That worked out reasonably well.” And if we push it a little bit and continue to rebate it, they’ll see that it works just fine, and we can actually make more progress going forward.

Q. What will it take to mobilize and unify the Republican Party around this issue?

Q. Why a carbon tax and not a cap-and-trade system?

A. A carbon tax is much simpler. In cap-and-trade, one of the issues becomes: how do you allocate those permits for carbon emissions? A fully auctioned cap-and-trade system is very, very close to a carbon tax. But in practice, people who write the bills often don’t auction [all the permits] off, and [politicians] start using these permits to start paying off particular constituencies politically. That means that you’re basically pricing carbon, but you don’t have the revenue that you can use to reduce people’s taxes.

Q. Do you think that good climate policy could actually be a boon for the U.S. economy — that it could increase economic productivity and be a net positive in the long run?

A. It’ll be a net positive in the sense that we won’t have to deal with fallout from climate change. But no — if it weren’t for the impact on climate, we wouldn’t be doing this. I don’t think a carbon tax would be a good thing in and of itself. I wouldn’t still be in favor of a carbon tax for some other economic reason. Sometimes people on the green side want to push this as a big boon to the economy independent of the climate stuff, and I find that overselling the point.

Q. Carbon pricing — whether carbon tax or cap-and-trade — can’t on its own provide the big, swift emissions cuts to keep warming below 2 degrees Celsius and stave off the worst climate impacts. What complementary policies are necessary?

A. One of the beauties of a carbon tax, for me, is that it makes a lot of other policies less necessary. You don’t need all the regulations, you don’t need what economists refer to as control solutions. You let the market work it out.

A. I think putting a price on carbon moves everything in the right direction without the direct regulation. A carbon tax automatically incentivizes low-carbon forms of energy, so automatically wind and solar and technologies we haven’t even heard of yet are going to have an advantage relative to coal. People will automatically start thinking that electric cars are better than gas-powered cars.

Q. Elon Musk is an advocate of a carbon tax, with the idea that it could catalyze the cleantech industries, and possibly be a job-creation engine.

Q. Critics of your work have argued that your economic theories are not politically practical, that—

A. Oh, maybe not right now, in a political primary dominated by Donald Trump. Right now, the dynamic in the Republican Party seems odd to me. I would never have predicted we would be where we are right now. But as an academic, I’m here to propose ideas, what I think are the right ideas, and convince people that I’m right, and hope that the politics will eventually fall in line.

From a Republican standpoint, a carbon tax is a pathway toward deregulation of the energy industry. You can say, look, we’re going to put a price on carbon so people are properly incentivized, they don’t have to meddle in all of your affairs. So, if you believe in deregulation, or a light touch of government, then a carbon tax is consistent with that, and that’s, I think, one of the ways to sell this to the right. Not only is revenue neutrality important, but also that it can go hand-in-hand with the deregulation agenda.

Q. You might even be able to get Donald Trump to buy into that framing.

A. Maybe. I don’t pretend to be able to get inside Donald’s brain. 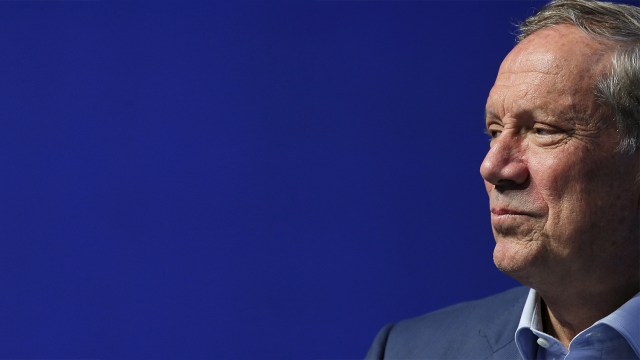 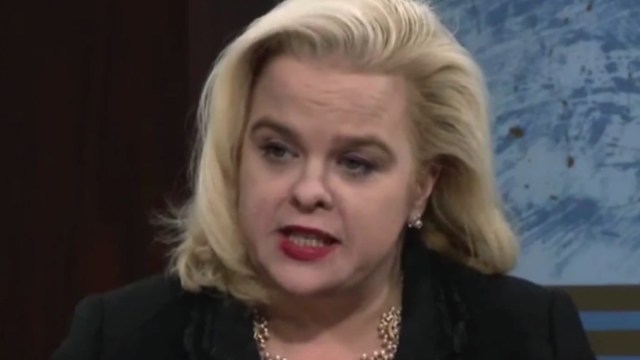 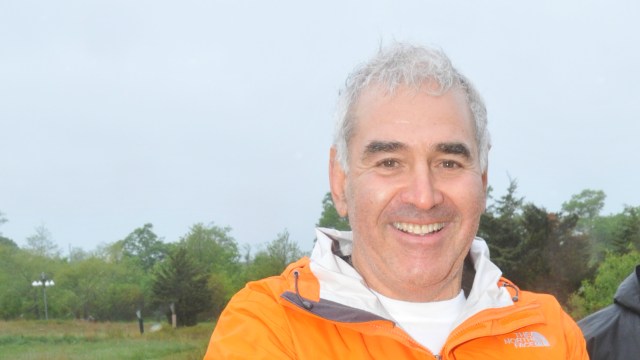 Andy Sabin has spent big money to create a climate law center and to back GOP candidates like Jeb Bush who he thinks will break the climate stalemate.
See all articles in this series