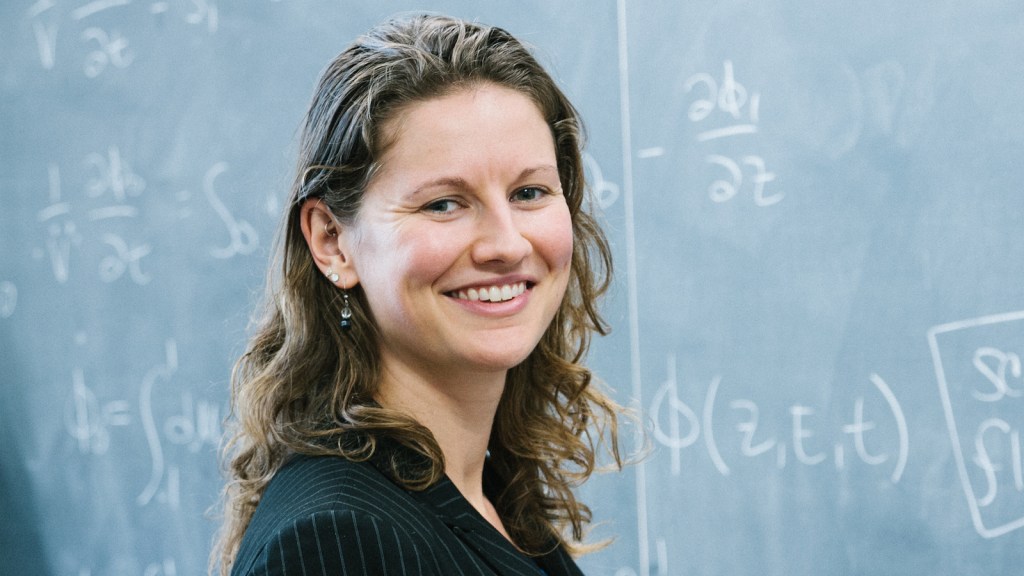 Rachel Slaybaugh is a nuclear engineer and a panelist at SXSW Eco.
SXSW Eco

Grist is an official media partner of the SXSW Eco conference, featuring interviews with some of the headliners who will be speaking Oct. 10–12 in Austin.

When Rachel Slaybaugh speaks at the SXSW Eco conference next week, she’ll be pushing an idea that makes many environmentalists uncomfortable: that nuclear power is a good climate solution.

Slaybaugh came to nuclear research by chance. When she was a freshman at Penn State in 2002, she got a scholarship for women in the sciences that included working at the school’s 1950s-era nuclear reactor. Today she’s a nuclear engineer, an assistant professor at UC Berkeley, and a firm believer that, despite the risks, nuclear energy can be safe and manageable — safer than climate change, anyway.

Grist recently talked to Slaybaugh about nuclear power startups and safety in the industry.

Q. Is it difficult to finance new, innovative nuclear power technologies because there’s not the same government support for new nuclear that there was in the ’50s and ’60s?

A. That was true, and it’s changing rapidly. New ideas in nuclear fell out of favor, but there’s been a resurgence lately, increasing in the last year. When you think about innovation, you think about software startups and Silicon Valley. You don’t think nuclear engineering. But last summer, Third Way, a think tank, found that more than 40 new advanced reactor designs were being designed in the U.S. and Canada, backed by more than $1.3 billion in private funding.

And the U.S. Department of Energy in November of last year announced the Gateway for Accelerated Innovation in Nuclear program, also known as GAIN. It could make the new startups doing all these different designs to be likely to succeed. GAIN allows private companies to access government resources. For all these years, the government has been developing experimental capabilities, computational capabilities, and expertise in nuclear reactor design inside the national laboratory system. The GAIN program allows people to access those resources.

Also in the last year, several bills have been introduced in both the House and the Senate to make nuclear innovation easier.

Q. Who are the startup poster children when it comes to advanced reactors?

A. There’s NuScale. TerraPower — that’s backed by Bill Gates. Transatomic is one of MIT’s. Terrestrial Energy has gotten a lot of publicity. GAIN has also announced the first round of companies that they are sponsoring this year.

Q. Are these new nuclear reactors smaller than the old kind?

A. They’re all different sizes. Part of the advanced nuclear industry is that you don’t always need a big reactor, sometimes you need a medium-sized reactor or a small reactor. So part of the goal is to make that more flexible for, say, a developing country whose grid can’t take 1,000 megawatts and which maybe doesn’t need 1,000 megawatts.

Q. What are the big problems that people are trying to solve right now?

I do want to point out that existing reactors are very safe.

Q. Why aren’t we already getting more energy out of nuclear waste?

A. The main barriers — the political barriers — have to do with the ways that we have done recycling. Plutonium is separated out in the process and the worry is that you can divert it into a weapons program.

We have now developed ways that are much more proliferation-resistant. We can do the recycling in a way where plutonium doesn’t get separated.

But because we haven’t developed the technology yet, it’s more expensive to recycle waste than to not do it. Some countries recycle it anyway. France does it. Japan has in the past.

Q. Do you think the decision to close the Diablo Canyon nuclear plant in California was a bad idea?

A. I do think it was a bad idea. In particular there is more evidence coming out of what appears to be illegal activity underpinning that decision — that data and numbers were misrepresented. There is very little to suggest that closing it will improve anything to do with climate change in California. Most likely, the greenhouse gas emissions will go up.

Q. And the fact that it was on an earthquake fault? That’s not as much of a risk?

A. Nope. They did seismic analysis and seismic upgrades and there is sophisticated engineering that goes into making sure the plants are safe.

Q. What about Fukushima?

A. It’s not as simple as we’d like it to be. When it happened, I spent the next couple of years really reflecting on what I thought about nuclear energy — redoing research and looking at what was going on. And after I sorted it out, I decided that nuclear was still a good choice.

It was a mess. Two plants melted down. Despite that, very few workers were injured and no member of the public was harmed by radiation. And there are projected to be no negative health impacts from radiation to the public.

A discussion worth having, though, is that 1,600 people died because of evacuation and stress associated with the accident. Part of that is because if you take an intensive care ward and put them in a high school gym, that’s not good. But the fear of radiation has had a larger health impact than the radiation itself.

Some countries — and I think the U.K. is leading in this — are reevaluating their evacuation procedures and the understanding that the evacuation might be more traumatic than the event itself.

Q. What about the risk of driving nuclear waste around and storing it at places like Yucca Mountain?

A. The casks they use to ship nuclear fuel have been very robustly tested. Dropped on spikes. Put underwater. Set on fire. Compare that to many other things that are shipped on trains that are not as well protected. The risk is so small that the benefits far outweigh it.

The waste products from coal are air pollution. They are diffuse, everywhere. They’re having negative impacts on people every single day. One in eight global deaths are from air pollution. That’s a very large number.