Thomas Friedman: The world is hot 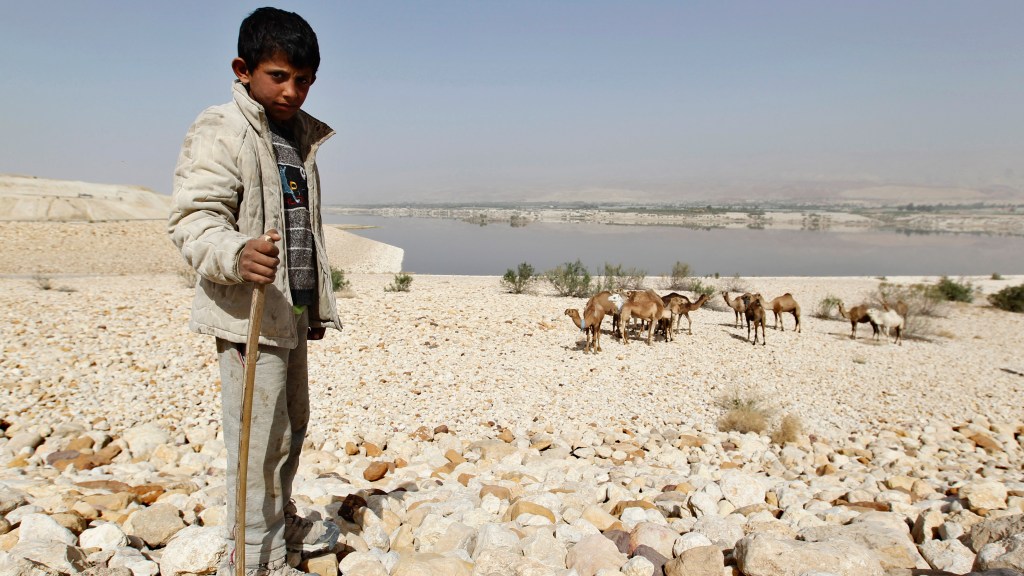 Thomas Friedman: The world is hot

In his New York Times column on Wednesday, Thomas Friedman began with a bet:

Here’s my bet about the future of Sunni, Shiite, Arab, Turkish, Kurdish and Israeli relations: If they don’t end their long-running conflicts, Mother Nature is going to destroy them all long before they destroy one another.

We may not know the stakes, but it is a provocative wager nonetheless. I like to imagine Friedman, steeped in cigar smoke, sitting around a poker table with Netanyahu, Erdoğan, half a dozen sheikhs, and Julia Roberts. Julia is there because when I hear “Mother Nature,” I cannot but hear her intone, “I have been here for eons”:

This is Julia at her fiercest. But I digress. Friedman was writing on the relationships between climate and state fragility in the Middle East. It is a story of extreme drought, the politicization of air-conditioning, and revolutionary sparks. He concludes with a call for cooperation:

All the people in this region are playing with fire. While they’re fighting over who is caliph, who is the rightful heir to the Prophet Muhammad from the seventh century — Sunnis or Shiites — and to whom God really gave the holy land, Mother Nature is not sitting idle. She doesn’t do politics — only physics, biology and chemistry. And if they add up the wrong way, she will take them all down.

The only “ism” that will save them is not Shiism or Islamism but “environmentalism” — understanding that there is no Shiite air or Sunni water, there is just “the commons,” their shared ecosystems, and unless they cooperate to manage and preserve them (and we all address climate change), vast eco-devastation awaits them all.

In a move that should shock few, Friedman glosses over some salient points here. Climate change and political fragility are intersectional, but they don’t have the same solutions. You can’t convert from Shiism to environmentalism. (They’re also not mutually exclusive.) Moreover, it’s the Islamic State that’s bulldozing the Middle East, not “all the people in this region.” Preaching the promise of “shared ecosystems” in a world of Daesh is naive. The lack of distinction here also ignores the fact that most people in the Middle East are just trying to live their lives, not actively fighting over who is caliph.

Luckily, on the climate front, the world recently came one step closer to the cooperation hinted at in Friedman’s throwaway parenthetical: “and we all address climate change.” On Tuesday, a group of leading academics released the first Islamic Declaration on Global Climate Change, a call to the world’s 1.6 billion Muslims and Muslim countries to “increase their efforts and adopt the pro-active approach needed to halt and hopefully eventually reverse the damage being wrought” on the environment.

The declaration calls for an “equitable and binding” climate agreement in Paris this December, financial support for developing countries, preferably a 1.5 C target, and commitment to a zero-emissions strategy as soon as feasibly possible. And while it’s safe to say that the declaration was not signed by members of ISIS, this type of call for cooperation — from within the Muslim community — is already fostering the kind of environmental dialogue that Friedman asserts is absent.

The body of research linking climate and conflict is formidable and growing — as Friedman is well aware — and the triggers and threat multipliers that tie together drought, rising temperatures, and political unrest are very real. Something as abstract as climate change is made more tangible when viewed through the lens of political conflict, but that lens doesn’t get you any closer to solutions. And it certainly doesn’t get you any closer to pacifying the political and religious woes of the Middle East.