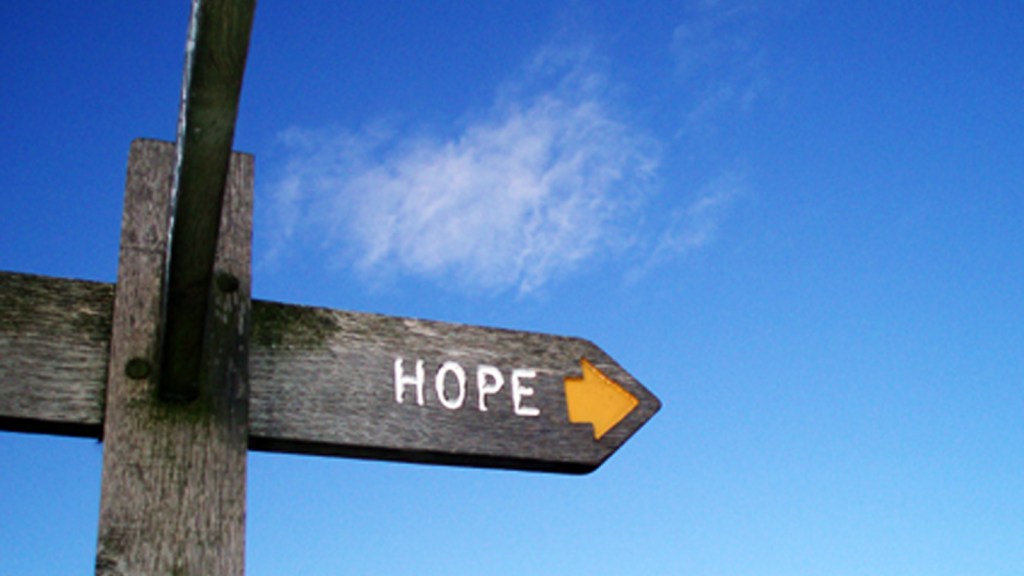 So it turns out, hope is important.

Did we know that already? We sort of knew that already. But — according to a new study put together by researchers at George Mason University and Yale’s Climate Change Communication Project — hope is particularly critical as a motivator in the very doom-heavy world of climate change activism.

The paper’s authors contacted a “nationally representative” sample of  50,000 people across the U.S. via an online survey, and asked whether they had contacted their elected officials to support climate change mitigation action; attended climate-related rallies or meetings; or donated to or volunteered with an organization working to reduce global warming.

One thing that was interesting — but not especially cheering — about the results: Believing climate change is a major risk does not necessarily predict you will take any kind of action about it. Out of the 2,164 people who actually responded to the survey, 16.9 percent had done at least one of the above things in the last year. While the people who had taken some action were more likely to believe that climate change was a serious problem, a substantial portion of people shared that belief but said they were planning on doing absolutely nada about it. Among the reasons given for not participating were: not thinking they were an “activist” (33 percent) and not believing that humans could get their act together in time to make a difference (78 percent).

These figures aren’t too far off from those collected elsewhere: a 2012 study found that, even though most respondents said that global warming is occurring and that they were worried about it, only 11 percent had contacted an elected official in support of climate change mitigation policies and 16 percent supported an organization working to reduce global warming. The study also found that while the perception of the risk of climate change had increased over the past five years in the U.S., belief that individual action could make a difference had declined.

But what of this small group of optimists and do-gooders? While taking action didn’t seem to be correlated at all with ethnicity, it did have some correlation with higher income, more education, and being a woman. Even stronger, though, was the correlation with certain social habits: The action-takers were already politically involved in their communities, talked about climate change with their friends,  and thought that what they were doing was making a difference. The study concludes that attempts to get people to do something — anything — around climate change “should be accompanied – and perhaps even preceded — by messages on effective actions individuals can take” — as well as a strong dose of optimism around the “effectiveness and feasibilty” of activism itself.

If fear is on the rise, well, maybe hope is, too.