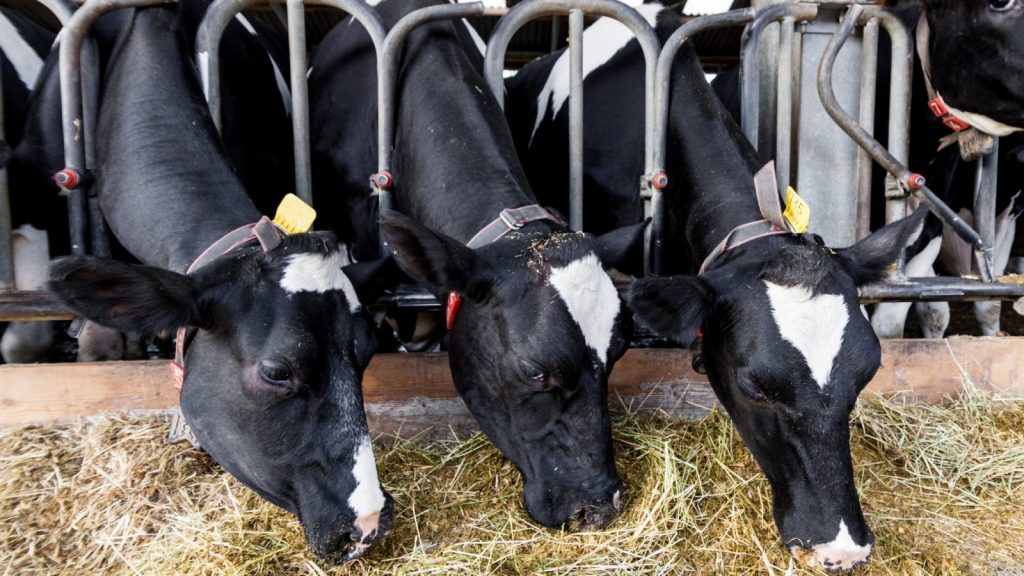 Cows’ weird digestive systems, including four stomach compartments and the eternal chewing of cud, help them get the most out of their grassy diets — but it also produces a lot of methane. Controlling the methane is not easy once it gets burped or farted out of a cow’s digestive system. (Just ask the German farmers whose barn was recently blown up by a buildup of the gas.)

But now scientists have come up with a way of harvesting the climate-changing methane that they produce: by piping it directly out of their guts.

So Argentinian scientists are punching holes in the sides of cattle and passing pipes through to their stomachs. The other end of the pipe goes into a bag fitted on the cow’s back. The captured gas, which is basically the same natural gas that frackers and other drillers mine out of the ground, can be burned to produce energy. That releases carbon dioxide into the atmosphere instead of the methane, which is a far more potent greenhouse gas.

The scientists have been developing the idea for more than five years, but they have received a burst of publicity following a Reuters article and a BBC report. “We believe that today it could be used in areas where conventional energies are not available,” Guillermo Berra of the National Institute of Agricultural Technology told the British broadcaster, speaking in Spanish. “We could have these animals produce, for example, the gas that you need for a refrigerator. A 100-liter capacity fridge can run … by the gas produced by one cow.”

Worried about how this makes the cows feel? The scientists say it’s harmless; they basically use body piercing technology. For cows that are increasingly being subjected to gruesome factory farming conditions, it would seem to be just one more inconvenience in an already brutal existence.