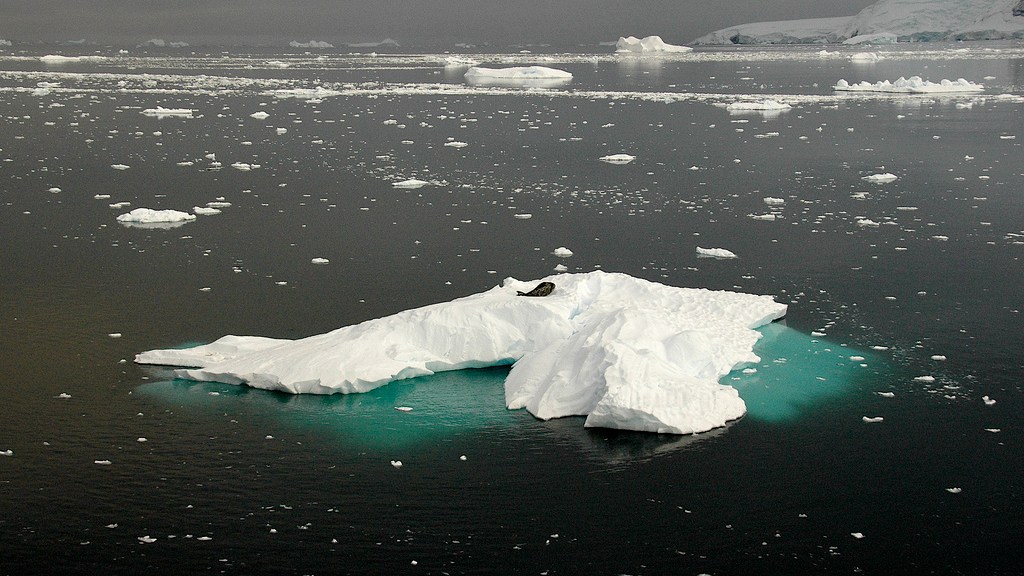 In the century since Norway’s Roald Amundsen was the first to plant a flag at the South Pole, Antarctica has effectively — and uniquely — been treated as a shared space by the world’s nations. The Southern Continent’s apolitical status was reinforced by the 1959 Antarctic Convention, which stipulates that the area be used exclusively for scientific research. The result has been the preservation of one of the world’s most pristine environments and a triumph for international cooperation.

For the past few years, a majority of member nations of the Commission for the Conservation of Antarctic Marine Living Resources have attempted to extend similar protections to certain areas of the Southern Ocean ringing the continent. At a special mid-year commission meeting in Bremerhaven, Germany, this past summer, the proposal’s backers were stunned when Russia, supported only by Ukraine, unexpectedly blocked the Southern Ocean sanctuary.

This week, the measure to create what would be the world’s largest marine protected area will be on the table once more at the commission’s annual meeting in Hobart, Australia. After the sanctuary’s proponents, led by the United States and New Zealand, agreed to reduce the size of the protected areas by 40 percent, many believe Russian intransigence could be waning. The Russian delegation has acted in a manner that suggests it may be willing to set aside the procedural arguments it relied on in Bremerhaven to stonewall the proposal.

The scientific case for the sanctuary is watertight. According to the United Nations, 85 percent of the world’s fisheries are in decline, and high seas fisheries, those outside the jurisdiction of a single nation, are particularly vulnerable to mismanagement due to the complexities of international negotiations. As climate change and ocean acidification increasingly threaten the world’s oceans, healthy ocean ecosystems are our first, best line of defense. The proposed reserves in the Southern Ocean — benefiting populations of Antarctic and Patagonian tooth fish (known to restaurant diners as Chilean sea bass) and Antarctic krill, a major food source for endangered whales — would help protect these ecologically critical fish stocks and bolster the global ocean’s resilience.

Russia’s reasons for opposing the sanctuary designation last summer remain unclear. Russia has just six ships currently authorized to fish near Antarctica — fewer than Korea and the United Kingdom, both countries that supported the sanctuary — making it seem unlikely that fishing interests swayed the Russian negotiators. And it was the Russians who had requested the meeting in Bremerhaven in the first place, only the second special meeting in the more than 30-year history of the commission, leading observers to assume that a deal to protect the Southern Ocean would be forthcoming.

But in Bremerhaven, the Russians took a baffling stance: Rather than questioning the environmental or scientific justification for the proposed Southern Ocean sanctuary, they insisted that the commission does not have the legal authority to create marine protected areas at all. The argument was particularly puzzling given that the commission created a sanctuary near Antarctica’s South Orkney Islands in 2009 without protest from the Russians.

The international community must keep a close eye on Russia’s penchant for stall tactics in international environmental negotiations, and this week’s meeting can serve as an indicator of what’s to come as the world approaches a series of critical deadlines for climate and development agreements.

This is a time for action, not obstinacy, in addressing climate change — a reality that more countries are recognizing. The United States and China recently agreed on a number of steps to curb greenhouse gas emissions. The United Nations High-Level Panel on the Post-2015 Development Agenda — of which John was a member — made environmental sustainability an integral part of its proposed priorities for a new international development plan.

Russia must come to the negotiating table in good faith, first to create the marine protected area in Antarctica, and again for critical climate negotiations in the future. If Russia continues its stall tactics, the Commission for the Conservation of Antarctic Marine Living Resources should treat Russia and Ukraine as rogue outliers, and seek to prohibit Russian and Ukrainian ships from fishing in the permitted areas of the Southern Ocean until an agreement can be reached on creating the Antarctic marine sanctuary. And the international community must put pressure on Russia to assume responsibility for Antarctic preservation as well as for combating climate change alongside the rest of the world’s nations.

In 1968, ecologist Garrett Hardin described “the tragedy of the commons,” his seminal theory that, in absence of committed regulation, common goods like clean air and water would be inexorably destroyed. The agreement governing the Antarctic continent shows that this outcome is not inevitable. We must extend the principles that have protected the Southern Continent to the seas that surround it, and call on that same spirit of international cooperation to save our planet.