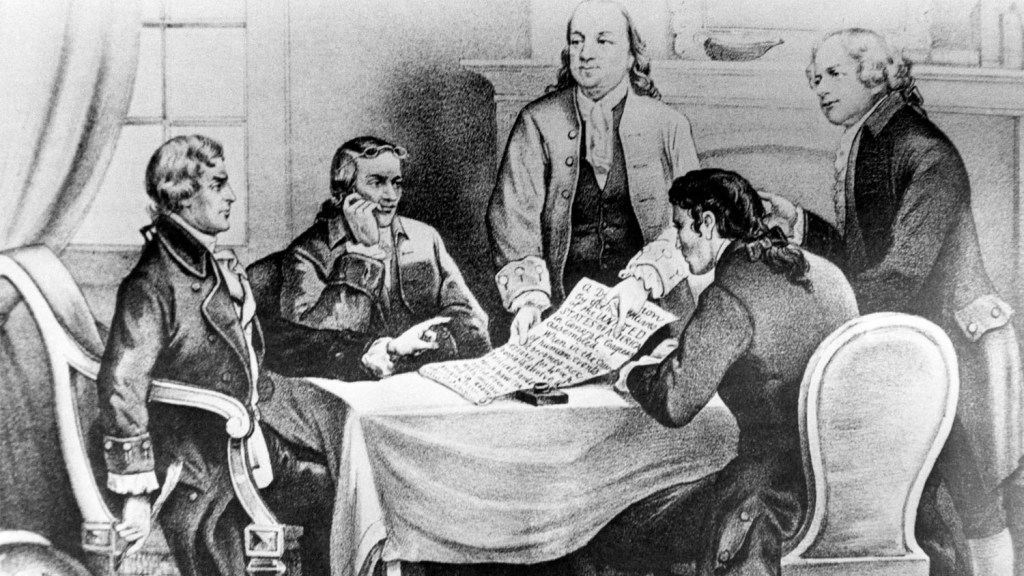 Sometimes at Grist HQ, we ask ourselves things like: “Just how miserable will the Fourth of July be in 2100?”

But really, our summers are hot and getting hotter. Just ask the founding fathers: On July 4, 1776, Thomas Jefferson dressed and bewigged himself for a long day of declaration-adopting in a relatively pleasant 76 degrees — good news for the thirteen waistcoat-clad dudes in the stuffy halls of Philadelphia’s State House.

Fast-forward 240 years. This Fourth of July, the temperature in Philly is forecast at a sticky 85 degrees. And by the end of the century, fireworks over the Benjamin Franklin Parkway could take place in 90-degree weather.

Mandatory disclaimer: Weather and climate aren’t necessarily the same thing (watch Neil deGrasse Tyson eloquently elaborate while walking a dog) — but they both follow a trend. Out of the past 16 years, 15 have been among the warmest in recorded history in the U.S. If current emissions trends persist, scientists warn, average temperatures in the U.S. could rise another 10 degrees F by 2100.

So as we throw some ‘dogs on the grill this Monday (or maybe not), we’ll be thinking about how, on a July 4 afternoon 80 years from now, the sun could be the grill and the wieners could be us.