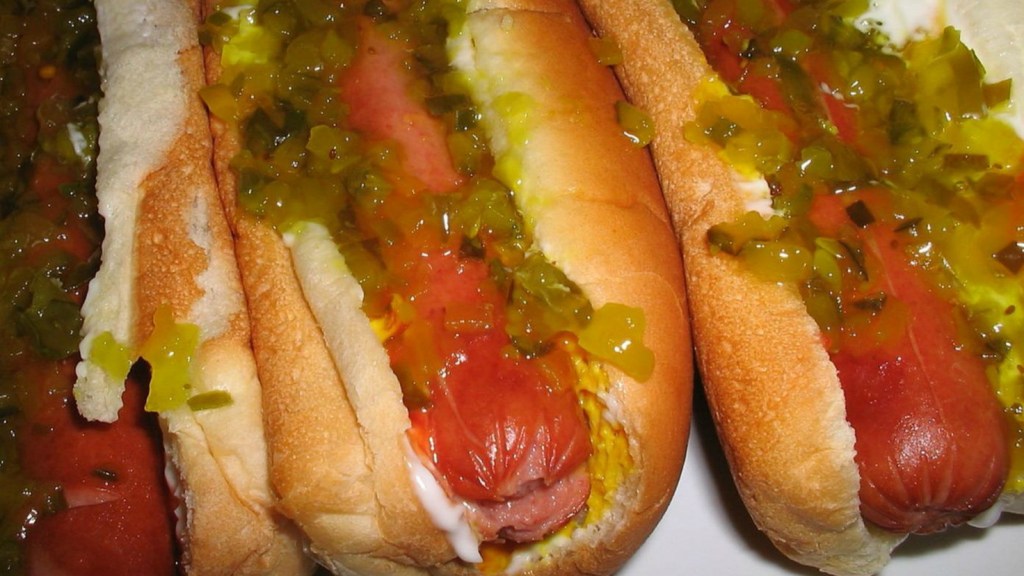 Independence Day has historically been a time to remember our forbears, to consider the spectacular achievements this country has made, and to shove approximately 155 million hot dogs down our collective throats. But, this year, I’m begging you: Say no to the weenie, the worst meat of them all.

To be clear, we’re talking about the intestine-colored, colon-shaped sticks of blended gristle that shine in the sun and slide out of the package like a wet worm, not the visually appealing pet of the same name. This is a perfect day to remember that mass-produced processed meats — besides being grotesque amalgams of unwanted animal chunks — are products of an unsustainable and harmful industry.

First things first: What’s in a hot dog? The backyard BBQ staple can contain pretty much any type of meat, but are mainly comprised of pork, chicken, and beef. Specifically, they’re made up of “trimmings”, a word vaguely defined by the U.N. Food and Agriculture Organization to encompass “lower-grade muscle trimmings, fatty tissues, head meat, animal feet, animal skin, blood, liver, and other edible slaughter by-products.”

But meat is only the half of what’s in a hot dog. Here’s what the ingredient list for Oscar Meyer’s “Classic Weiner” looks like:

After the bits of meat cast-offs are ground into a flesh-colored paste, these additives are blended in and the mixture is piped into grillable portions. And voila! What was once a humble salad of pig head and cow foot is now an inscrutable, tubular frankenstein.

Looks aside, hot dogs simply aren’t that good for you. According to the American Cancer Society, “high consumption of processed meats like hot dogs [is] associated with increased risk of colon cancer.” One 2013 study found that participants who ate more than 20 grams of processed meats a day (about half a hot dog), were more likely to die of heart attack or stroke. And earlier this year, the World Health Organization announced that eating processed meats is directly linked with cancer, with a similar risk to cigarettes and asbestos.

Most of the 9 billion hot dogs Americans purchase each year are produced in massive factory farms. In the U.S., about 97 percent of pork — some 65 million pigs — are reared and slaughtered in factory farms. While strides have been made to improve sanitation and animal welfare at these farms in recent years, the industry is known for cramped conditions, overuse of antibiotics, and inhumane conditions. Not to mention factory farming’s contribution to climate change: According to the FAO, animal agriculture is responsible for 18 percent of greenhouse gas emissions — more than all the emissions from transportation.

So this Fourth of July, take a moment to consider the hot dog — that coral-colored pipette of entrails — and maybe think twice. And if none of this convinces you, well, I leave you with this gif of hot dogs being made: