What do the new climate rules have to do with my kid's asthma? 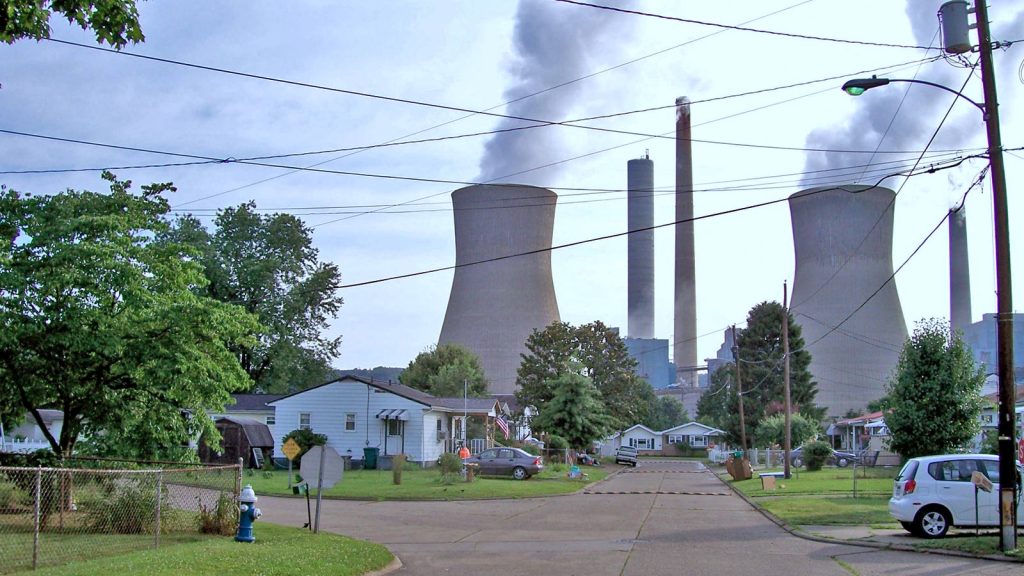 What do the new climate rules have to do with my kid’s asthma?

One of the Environmental Protection Agency’s top selling points for its recently proposed carbon pollution rules for power plants is that they will make immediate improvements to our air quality, in addition to reducing the greenhouse gases that cause climate change. It’s one of those twofer marketing plans (it tastes great and it’s less filling) designed to help make the public more amenable to a new set of rules.

If you’re wondering why the EPA needs public buy-in for rules aimed at the fossil fuel industry, that’s because it’ll take more than just killing off coal to accomplish the agency’s goals. The proposed carbon standards are often billed as regulations on existing coal-fired plants, but that’s somewhat of a misnomer. They actually ask for modifications made across each state, rather than at individual energy facilities.

To understand how this all ties together with the benefit of improving local air, it helps to know a few things about fences.

It’s all supposed to add up to an estimated 30 percent drop in carbon emissions in 2030 (compared to 2005 levels), along with significant drops in the “co-pollutants” that create soot and smog. But the regs do not set hard targets — they don’t say, Drop emissions 30 percent by 2030, or else. There is no or else. The real reductions depend on how much the power plants and the states comply with the new rules — and how much electricity, and greenhouse gases, are generated as a result.

In other words, carbon and smog pollution output from inside the fence will be determined, to a degree, by public input outside the fence. Which is why the co-pollutant co-benefit is important: If states are expected to find ways in the short-run for driving down energy usage, there better be some demonstrable results, and sooner rather than later.

The history behind these new carbon rules helps explain its importance. When Congress began moving the Waxman-Markey climate bill in 2009, the shapers also called for inside- and outside-the-fence action. Many people, including those in the environmental justice brackets, were worried that the sum of those measures might only lead to drops in greenhouse gases to tame global climate change. They needed assurances that these measures would also address the more localized, more immediate effects of co-pollutant emissions, which damage the hearts and lungs of people, kids especially.

Residential areas near coal plants are often called “fenceline” communities, and there’s a bad deal of racial inequity baked into them. The NAACP’s 2012 report Coal Blooded: Putting Profits Before People found that roughly 78 percent of African Americans live within 30 miles of a coal-fired power plant. Given that coal-burning emissions like sulfur dioxide and nitrogen oxide cause respiratory problems, this might explain why black children have an asthma rate that is 80 percent higher than their white peers, and are nearly three times more likely to die from it.

EPA Chief Administrator Gina McCarthy acknowledged these inequities in an op-ed she co-authored with Green for All’s executive director, Nikki Silvestri, in The Root, where they laid out the case for why African Americans should get behind the new rules. Reads their article:

The Clean Power Plan is a breath of fresh air for the vulnerable communities most affected by climate change. Reducing carbon emissions will also cut particle pollution, nitrogen oxides and sulfur dioxide by more than 25 percent. In just the first year these standards go into effect, we’ll avoid up to 100,000 asthma attacks and 2,100 heart attacks—and those numbers go up from there.

The question is whether these new rules will actually live up to the EPA’s sales pitch. This goes especially for reductions in co-pollutants, which give the agency’s plan urgency. Climate pollution controls can affect local pollutants. For example, one way that coal plants can comply with the rules is through capturing or reducing greenhouse gas emissions (that is, if they don’t choose to retire the plants). One greenhouse gas, tropospheric ozone, is what results when nitrogen oxide (NOx), a co-pollutant, combines with volatile organic compounds (VOCs) in the sunlight. Tropospheric ozone is also a key contributor to smog.

But there’s no guarantee that carbon reductions will translate into cleaner air for local communities across the board. “Many say that if we control greenhouse gases then we can control co-pollutants [simultaneously], but those are not hard and fast outcomes,” said Cecil Corbin-Mark, WEACT’s policy initiatives director, in a recent press call discussing the EPA’s plan.

Of particular concern to fenceline folks are cap-and-trade programs that allow companies to buy emissions permits from another cleaner plant rather than upgrading to new scrubbing technology (that’s the “trade” part of cap-and-trade), and offsets — schemes where power plant companies can fund emissions reduction or carbon sequestration projects elsewhere in exchange for the right to continue to pollute as usual at home.

Environmental justice activists — the people most visibly advocating on behalf of fenceline folks — believe that trading and offsets could lead to what are called “hotspots,” and by that they don’t mean night clubs. It’s what happens when companies trade up for a power plant to pollute more, and/or buy offsets for emissions at those plants. The fenceline communities surrounding those hotspots end up enduring concentrated pollution while other neighborhoods benefit from plants that reduce their pollution load.

The L.A. Times reported last month that the offset provisions in California’s cap-and-trade program allow companies in the state to fund projects that include “capturing methane from cow manure in New York and recycling refrigerators in Arkansas.”

“What we will be monitoring is how well this [trading] system is doing in capturing both carbon emissions and local pollution,” said Corbin-Mark on the call, “and also making sure that [fenceline] communities are not the ones left holding the pollution bags from the older, dirtier plants.”

The EPA hasn’t addressed the hotspot and offset questions head on, and it can’t yet, since each state gets to determine how it will reach its reduction goals. It will be next summer before those plans are submitted and another year of reviews from the agency and the White House before they’re finally implemented. Even for those states that are already trading emissions (in addition to California, nine Northeast states participate in a trading program called RGGI), there is no one-size-fits-all mechanism for running them. States can choose to have offsets or limit how much they’re utilized, or any other customized approach.

The real strength in EPA’s proposed rules is that they apply to both sides of the fence rather than solely inside, says University of San Francisco law professor Alice Kaswan, who studies the distributional impacts of emissions trading. A study co-authored by Syracuse and Harvard researchers, “The Co-Benefits of Carbon Standards,” which was released a couple of months before the EPA proposed the new regs, backs her up. By analyzing different scenarios where reductions were achieved per power plant, per pollutant, or across the state (as we have now), they found that a flexible state plan that incorporates measures taken on both sides of the fence and that involves a market trading mechanism would be the most stringent and cost-effective when it comes to reducing climate change emissions — and lung-scorching co-pollutants, too.

But ivory tower projects are one thing, the tangled reality of state politics is quite another. Which is why EPA is asking states to include demand-side energy efficiency programs in their quest to reach reductions goals.

As noted up top, less energy demanded by the states means less coal burned, which means less smog and climate change pollution. But demand-side energy efficiency solutions are not simple asks. Climate activists have been requesting this of states for years, as have President Obama and his climate officials. The track record for this in the Southeast — where a heavy concentration of people of color and low-income live — is pathetic. On top of that, people aren’t so quick to change old habits unless they’re given some newer ones to adapt.

One way to get around all of that that is by reinforcing that taking these measures collectively today can lead to more immediate de-smogging of our air and our lungs. You don’t have to wait 50 years to see if this work has blunted the melting of Arctic ice caps — you can start breathing in paradise before your babies hit puberty. That’s motivation for cities like Los Angeles, whose residents have had to deal with driving through the grey stuff, or for National Parks visitors, where smog ruins the family camping trips. In other words, if change comes from both sides of the fence, then one day our air and energy might be clean enough that the fence no longer matters.