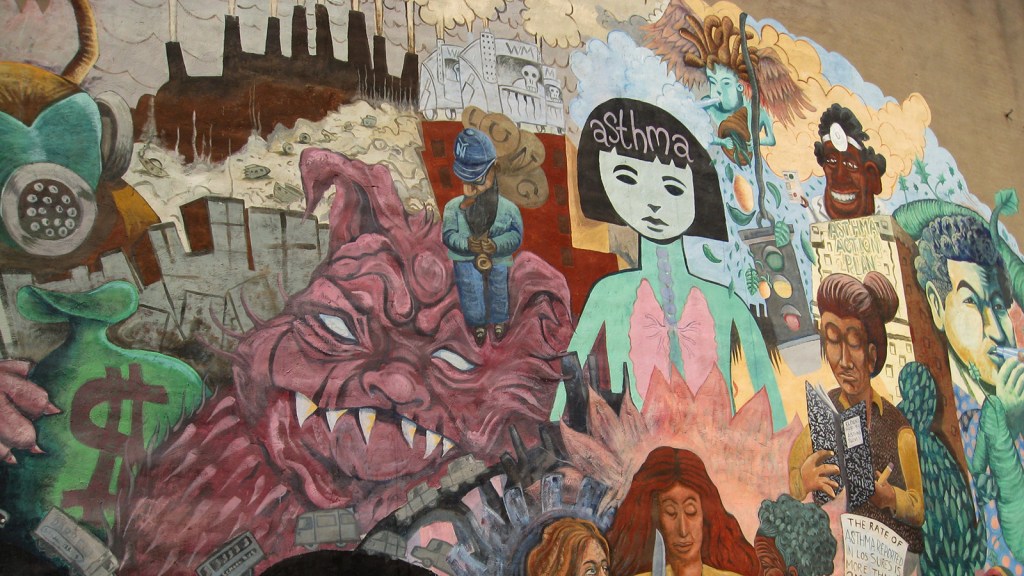 Yesterday, the Obama administration announced its proposal for regulating coal-burning power plants that for too long have been able to emit greenhouse gases with impunity. There’s a lot there to rejoice about, especially for people concerned about the most vulnerable communities — black, brown, elderly, and those of low income. EPA chief Gina McCarthy name-checked environmental justice in her announcement yesterday. President Obama linked the immediate threats of climate change to the asthma crisis among black and Latino kids. This was all precious enough that at first, I was like, “We Made It.”

But my optimism was tempered once I read deeper into the new climate rules. It was just less “We Made It,” and more like, “We Gon’ Make It.”

Let me explain. When Lisa Jackson first took the post of Environmental Protection Agency chief in 2009, there were expectations, particularly among environmentalists, that the agency would immediately hop on these regulations. Obama play-called legislative action first, reserving EPA regs for if and when Congress failed in this effort. Jackson was in no rush — she understood the lengthy scientific review and the political fallout that were inevitable should it come time to regulate.

“The process of carbon regulation, if it were gonna happen, will probably take years,” Jackson told me in an interview. That was April 2009, and the curve on confronting climate change looked steep as all hell. It wasn’t clear that we were gonna make it.

One of the biggest concerns that environmental-justice advocates had back then was that the federal government would focus purely on carbon emissions, while overlooking the local pollutants that were raining hell on their communities. The climate change legislation that began moving through Congress that year, which centered on a cap-and-trade emissions reduction scheme, largely confirmed those concerns. And for that reason, many environmental justice organizations refused to support it.

Five years later, the EPA has finally set its strongest carbon regulations in motion. What’s interesting, though, is that the way EPA and the White House are introducing the new climate regime today is much different than the way lawmakers did back in ‘09.

President Obama hit on carbon pollution impacts on black and Latino kids within the first couple minutes of his talk with reporters yesterday, in a press call hosted by the American Lung Association. “The health issues that we’re talking about hit some communities particularly hard,” he said. “African-American children are twice as likely to be hospitalized for asthma, four times as likely to die from asthma. Latinos are 30 percent more likely to be hospitalized for asthma. So these proposed standards will help us meet that challenge head on.”

The fact that the EPA and Obama are holding up asthmatic kids of color as the avatar for the new carbon regime testifies to how much environmental-justice advocates have shaped this climate conversation over the past few years.

Peggy Shepard, a member of the Environmental Justice Leadership Forum on Climate Change, concluded that the new regs would provide “a wide window of opportunity for the EJ organizations across the country to be at the decision-making tables, at the state level, to address not only the carbon crisis, but the health crisis, the economy crisis, the energy crisis, and the carbon crisis that continue to disproportionately impact our neighbors, families, and friends.”

Robert Bullard, dean of the Barbara Jordan-Mickey Leland School of Public Affairs at Texas Southern University and a grand patriarch among environmental-justice leaders, told me the new regs were “definitely a step in the right direction,” and rightfully credited the movement with influencing the new focus.

“When the first climate push was made, to get a bill passed, there were a lot of people who didn’t even want to mention co-pollutants or health, and that [bill] didn’t go anywhere,” Bullard said. “When looking at the impacts of coal plants, it’s clearly insufficient just to talk about carbon pollution.”

Some environmental-justice groups appear to have enough confidence in the administration’s new regs that they are even willing to take a new look at proposals they rejected in the past. Again, taking it back to ‘09, many EJ advocates couldn’t ride with cap-and-trade because it appeared to be about a whole bunch of corporate execs making money off of pollution with little benefits to the communities. Under the new regs, states can use cap-and-trade for compliance. However, some EJ leaders are taking the Obama administration’s local-health-effects focus as a signal that they can drop their guards a little.

“Cap-and-trade has always been a concern for us,” said Jalonne White-Newsome, federal policy analyst for WE ACT for Environmental Justice, “but if we are really intentional about how cap-and-trade can be used in a way that protects our communities, then that’s an option we might be able to explore.”

But it ain’t all sweet. The flexibility EPA has afforded states in crafting their own carbon-reduction plans could spell little relief for some of these communities. States can opt to focus on energy-efficiency schemes as a way of meeting EPA standards, which EJ advocates fear would leave the dirtiest coal plants standing, still emitting carbon and soot, still worsening asthma. Even cap-and-trade could leave dumped-on communities still dumped-on if the intentional policy framework White-Newsome referenced isn’t adopted.

If some states preserve the right to keep foul coal plants operating in exchange for, as one example, implementing a renewable energy standard, then the asthma crises among children of color living along coal-plant fencelines might go unabated. Bullard said the EPA has to ensure that the flexibility they built in doesn’t create a “race to the bottom” for states that don’t want to comply with curbing pollution. We already see too much of this in the Southeast, where the nation’s largest African-American populations are concentrated.

The 120-day public comment period is where people have the opportunity to make the new regs do what they need to do to protect these communities. This is what I mean: It’s not yet “We Made It,” it’s more like “We Gon’ Make It.”