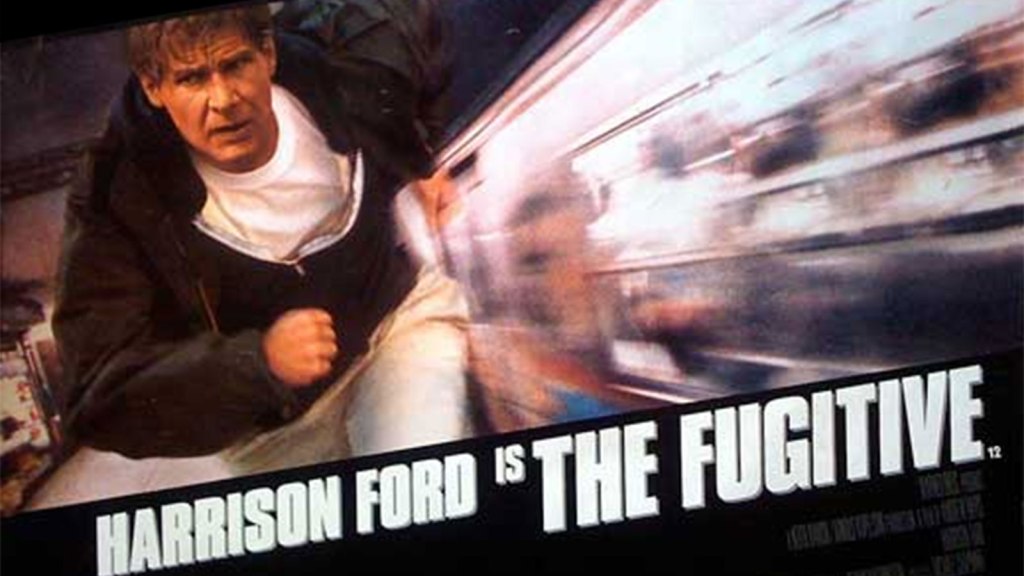 The bad news is that when methane escapes into the atmosphere unburned, it can trap a lot more heat than an equivalent amount of CO2 — up to 86 times more over a 20-year period, according to the Intergovernmental Panel on Climate Change.

And the worse news is that, currently, quite a lot of methane does escape into the atmosphere during the oil and gas production process, due to leaks and intentional venting for safety purposes. Scientists call these incidental releases “fugitive emissions,” and studies have estimated that anywhere between 1 and 9 percent of the nation’s total gas production ends up on the lam.

I was a bit of a movie nut in high school (my Yahoo email alias back then was “JLFilmFreak” — I actually put that on my college applications), and whenever I think about “fugitive methane,” I can’t help but also think about The Fugitive. You remember the film: Harrison Ford as a doctor-turned-convicted-murderer on the run; Tommy Lee Jones as the gruff-yet-thoughtful federal marshal tasked with tracking him down. Handily enough, the pollutant-movie connection turns out to be revealing.

See, The Fugitive taught us that some problems require a federal solution — preferably a federal solution with a charming Southern accent. The marshals ride into town because the local sheriff just isn’t going to get the job done. And the same holds true for methane. Swap in “greenhouse gas” for “Dr. Richard Kimble” and “EPA Administrator Gina McCarthy” for “Deputy U.S. Marshal Samuel Gerard” and you’ve got yourself the greatest environmental thriller never made. (While McCarthy lacks a southern accent, she does have a pretty great Boston one.)

It seems that 16 prominent environmental groups agree with me on this, because last month they called on President Obama to regulate methane emissions from oil and gas operations. Of course, not everyone supports federal intervention. In a recent letter to EPA, Sen. James Inhofe (R) of Oklahoma argued that the agency should let industry handle this problem on its own, because oil and gas producers already have “distinct economic incentives to prevent [methane] from being emitted into the atmosphere.”

Inhofe, who has famously insisted that climate change is a hoax, is not entirely wrong about industry’s financial incentives. It’s true that methane’s commercial value should motivate drilling companies to address some leaks. This doesn’t mean, however, that the companies will engage in an optimal amount of leak prevention. Why not? Consider a more familiar sort of leak. Imagine there’s a hole in my car’s oil pan that will, over the remaining life of the vehicle, result in my losing about $100 worth of oil. If fixing the oil pan costs $50, it’s in my interest to do it, because the value of the saved oil outweighs the cost of the repair. If, on the other hand, the repair costs $150, I’m better off just living with the leak.

The problem is that what’s financially sensible for me might not be so sensible for society as a whole. If my car is leaking oil onto public streets, the local government will have to spend taxpayer money — let’s say $100 — to clean it up. Once this extra cost is taken into account, it becomes clear that, from a societal perspective, it’s more efficient to fork over $150 to fix the leak, because the total benefits of doing so (saving $100 of oil and avoiding $100 of cleaning fees) outweigh the repair cost. But because I get to foist most of the street-cleaning bill onto my fellow taxpayers, I’m unlikely to make the efficient choice — unless the government steps in with a regulation. Economists call this a “market failure.”

Leaky oil and gas wells present a similar problem, but with much higher stakes. In deciding how much to invest in leak-preventing work practices and technologies, oil and gas producers are likely to consider the private costs of leaks (forgone sales revenue from the lost gas) but not their social costs (fugitive methane’s contribution to climate change). And those latter costs aren’t chump change: A 2012 study by EPA economists estimated that each ton of methane emitted in 2015 will cause about $1,000 of climate-related damage. This is a key difference between The Fugitive’s fugitive and fugitive methane: Dr. Kimble hadn’t actually hurt anyone; methane will.

Furthermore, while a handful of states have taken it upon themselves to regulate methane emissions within their borders, we shouldn’t count on the rest to follow suit. As NYU Law Professor Richard Revesz explained in recent testimony before a House Subcommittee on Environment and the Economy, states have a “significant incentive to under-regulate methane-producing activities,” because the gas’s harmful effects are global rather than local. A state can enjoy the economic benefits of oil and gas production (jobs, tax revenue, etc.) while suffering only a fraction of its environmental costs. As a result, Revesz sees fugitive methane as “a paradigmatic example of an environmental problem requiring federal regulation.” (Full disclosure: Revesz is the director of NYU Law’s Institute for Policy Integrity, where I work as a legal fellow.)

Per President Obama’s Climate Action Plan, EPA is currently weighing its options for reducing methane emissions from oil and gas operations and will announce this fall whether it plans to issue new regulations. Politics being what they are, that announcement is unlikely to come before the November elections. In the meantime, let’s hope McCarthy is channeling her inner Tommy Lee Jones.