Republicans flail about looking for alternative to climate denialism 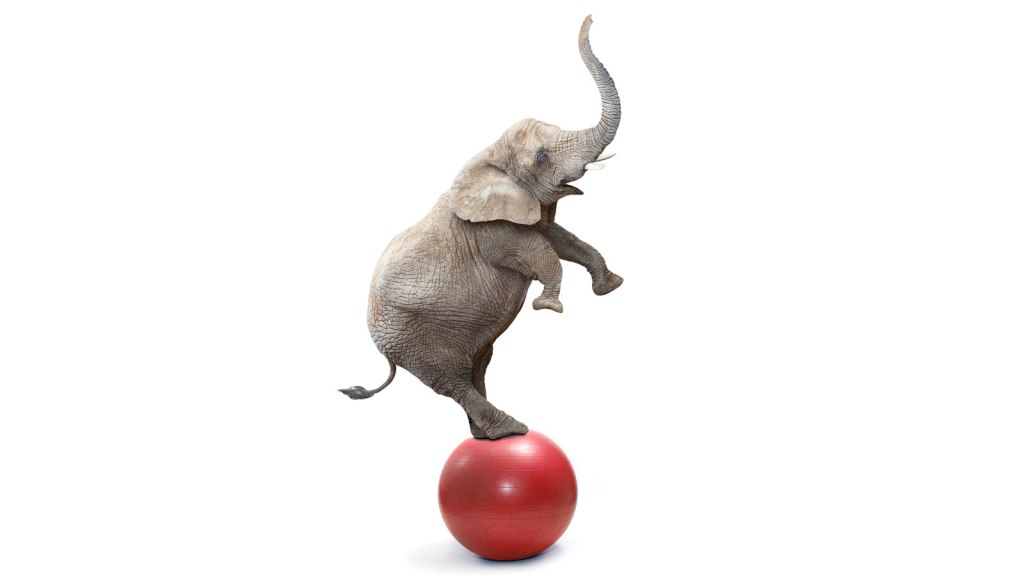 Republicans flail about looking for alternative to climate denialism

As I have said before, the GOP position on climate is unstable, both intellectually and politically. You can’t credibly deny the science at this point, but if you accept it, “do nothing about it” is an incoherent response. They’ve only gotten away with it for this long because the media and the public don’t care enough to press them on it.

Climate hawks are always predicting that now, finally, is the time when that position will start to crumble. I’ve predicted it myself, and been wrong, or at least premature.

Nonetheless, it really does feel like something is starting to happen. The GOP’s incoherent climate shuck-and-jive is under pressure and the cracks are starting to show.

The conservative base is convinced that climate change is a U.N. plot for world government. Meanwhile, mainstream elites in the U.S. and virtually every other country in the world, along with every major scientific institution on the planet, say climate change is a real problem. This puts some Republicans in a bit of a pickle.

There are many Republicans in the House of Representatives, and some in the Senate, who have no reason to care about anything but what the base wants. They are elected with sufficiently large and safe majorities that their only real worry is attack from their right. And of course there are lots of conservative commentators, pundits, and gasbags who make a living appealing to the base and have no incentive whatsoever to challenge it.

There are some in the conservative fold, however, who need either the votes or the support of people outside the right-wing bubble. And to people outside the bubble, “climate change is a hoax” has started to look like a crazy conspiracy theory.

However, no conservative is allowed to endorse taxes or pollution regulations of any kind, ever. Opposition to “big government” is far more fundamental to the coalition than anything to do with climate change, one way or the other.

So Republicans reaching outside the bubble need a way of appearing not to deny the science, but not quite accepting it either, while absolutely denying anything should be done about it. It’s not pretty to watch.

In the House Energy and Commerce Committee, a notorious nest of dimwits and deniers, Republicans are trying to attack EPA rules while dodging the “science denier” tag. They’re mainly doing this by whining:

“It’s not about denying climate change,” Energy and Power Subcommittee Chairman Ed Whitfield (R-Ky.) said. “It is about the priorities at this particular time in our history.”…

A longtime skeptic, Rep. Joe Barton (R-Texas), said at the same hearing, “It’s debatable what causes [global warming], but it is a fact that it’s happening.” He then focused on the cost of making climate action the “dominant factor” in policy.

And Rep. Lee Terry (R-Neb.) added in response to a question about climate science, “I do think it is appropriate to question the practicality of the [EPA rule for curbing power plant emissions], without being accused of being a denier.”

It’s an “insulting term,” Terry said, noting that he drives a hybrid and recycles. (That bit made me laugh out loud.) When these whingey concerns about civility were brought to Waxman, he basically shrugged. “It’s effective,” he said of the denier label, because, y’know, it’s true.

Unlike their counterparts in the House, who often run in deeply red districts, Senate (and gubernatorial) candidates have to appeal to their whole state, or at least more of it than the revanchist white conservative base. Their efforts to dodge the extremist/denier label are … gosh, almost cute in their fecklessness.

Cory Gardner is a Republican U.S. rep running for Senate in Colorado against long-time climate hawk Mark Udall. In 2010, Gardner said, “I think the climate is changing, but I don’t believe humans are causing that change to the extent that’s been in the news.” And he voted against a resolution affirming climate science. In a debate on Monday with Udall, though, he began an answer, “There is no doubt that pollution contributes to the climate changing around us.” (Guess that got cleared up in the last four years?) But of course, “what I refuse to do is support a climate tax bill like Waxman/Markey.” So: Yes, pollution is bad, but no, I won’t vote for measures that address it. Check!

In another debate the very next day, Gardner was at it again, “dodg[ing] climate change questions …, dancing around a debate query for so long he earned boos from the crowd and repeated reprimands from the moderator.” Heh.

Former Massachusetts Sen. Scott Brown (R) is running for Senate in New Hampshire. In a GOP primary debate in August, asked whether he believed in human-made climate change, he said, “Uh, no.” Now that he’s in the general, he says that climate change is “a combination of manmade and natural. That’s what I’ve said, and I continue to believe that.” Uh …

In a debate in Virginia this July, Mark Warner (D) pressed and pressed his opponent in the Senate race, Ed Gillespie (R), who finally acknowledged, “I believe there is ample scientific evidence that contributes to climate change but I’m not entirely dismissive of those who have a different point of view.” Bold! Gillespie also, of course, opposes doing anything about the problem — perhaps that’s his way of respecting the other point of view.

In Kentucky, notoriously terrible campaigner and awful person Mitch McConnell (R) is under pressure from his opponent Alison Lundergan Grimes (D). In 2012, McConnell mocked climate change concerns, delivering the old chestnut, “as recently as 30 to 35 years ago, we were worried about the globe getting too cold.” Ha ha, silly scientists! On a sports radio show this week, however, he was asked point blank, yes-or-no, whether he acknowledges a climate problem. He grew irritated.

It is not a yes or no question. I am not a scientist. I know there are scientists who think it is a problem and those who think it isn’t a problem. There are differences of opinion among scientists. My job is to try and protect jobs in Kentucky now, not speculate about science in the future.

Who can sort all that sciencey stuff out? I mean, 97 percent say one thing, 3 percent say another, who are we to take sides? One thing McConnell does know is that we shouldn’t do anything about it: “Even for those who think that global carbon emissions are an important thing, one country doing this is going to have zero impact, about as much effect as dropping a pebble in the ocean.” So, until we can solve the entire possibly nonexistent climate problem in a single dramatic stroke, it’s important to do nothing, because of the 0.6 percent of Kentucky jobs that are dependent on coal. Makes sense.

Meanwhile, Iowa Senate candidate (and bona fide right-wing nutball) Joni Ernst says, “I don’t know the science behind climate change. I can’t say one way or another what is the direct impact, whether it’s man-made or not.” Just in case it’s not, though, she wants to abolish the EPA.

In 2010, Massachusetts gubernatorial candidate Charlie Baker (R) skipped the only environmental debate; later, in a private meeting with environmentalists, he held forth volubly on how climate change isn’t happening and renewables are too expensive. He lost the 2010 race, but now he’s running again, and he denies he ever said any of that, despite multiple witnesses. “This campaign season,” The Boston Globe reports, “Baker has emphasized data that confirm climate change is underway.” The times they are a-changin’.

Louisiana governor and potential presidential candidate Bobby Jindal (R) isn’t running for anything at the moment, but his clownishness amuses me, so I’m putting him on this list. Of climate, he says, “I’d leave it to the scientists to decide how much, what it means, and what the consequences are … Let the scientists debate and figure that out.” Pending scientists actually deciding to talk with one another and figure stuff out — get on that, y’all! — he’s gonna go ahead and oppose all attempts to address the problem.

ALEC denies denying problem it works to prevent solutions for

But perhaps the most humorous recent episode has come from our old friends the American Legislative Exchange Council (ALEC), a right-wing corporate lobbying group that travels around state to state, handing out carbon-copy legislation to lawmakers that would repeal renewable energy standards and pushes climate denialism in schools, among other unsavory initiatives.

Recently Google joined a growing roster of tech companies — including Microsoft, Facebook, Yahoo, and Yelp — that have cut ties with ALEC, citing its “lying” on climate. (eBay will be next.) Then things got weird.

ALEC sent a letter to Google objecting to the characterization. “ALEC recognizes that climate change is an important issue,” it said. (Then, eight days later, ALEC CEO Lisa Nelson said , “we as an organization specifically do not comment on climate change.” Uh …) Though it recognizes climate is important, the organization opposes all efforts to solve the problem, because “To ALEC, nothing is more anathema than the government picking winners and losers” (unless the winners are fossil fuels). Lest you think this letter demonstrates the opposite of what it says, as a show of good faith ALEC has “published a model bill that supports an interstate commission to research climate change.”

This is all rather incoherent, but the amazing thing is, ALEC’s letter was undersigned by 150 Republicans, the vast majority of which do, in fact, deny climate change! How is their endorsement supposed to lend credence to ALEC’s claim of neutrality? Are they now also giving up denialism? WTF?

Finally, asked point blank by National Journal if she accepts mainstream science’s conclusion that humans are driving climate change, Nelson — who said that Google’s stiff-arm was “like breaking up via text with your girlfriend when you’re 16” — said, “I don’t know the science on that,” for which she was widely mocked. But maybe she’s just waiting for the results of that interstate commission.

As you can see, the minute the GOP’s position(s) on climate change are put under the slightest pressure, babbling incoherence follows. They jump from “no climate change” to “climate change but it’s not caused by humans” to “caused by humans but too expensive to solve” to “quit talking about science I want to talk about job-killing regulations LA LA LA!” And so on, back and forth among them, with no thought of how they contradict one another. It’s an intellectual train wreck.

The more the media and the public start caring about this, the more they push, the more trouble the GOP will face. Once you leave behind truculent denialism and acknowledge that climate change is a real problem, you are on a slippery slope. Oddly, the best summary of this dynamic comes from, of all places, a Republican consultant and energy lobbyist, Mike McKenna:

“If you really believe the apocalyptic rhetoric coming out of the White House, then you’ve got to do something,” he said, echoing a point often made by climate advocates. “You’re morally required to do something. It is untenable, politically, philosophically, ideologically and from a common-sense basis to say, ‘We agree that everything is going to hell, but we don’t think anything should be done about it. Or we want to sit around and wait for another six months to figure out what to do.'”

Couldn’t have said it better myself.