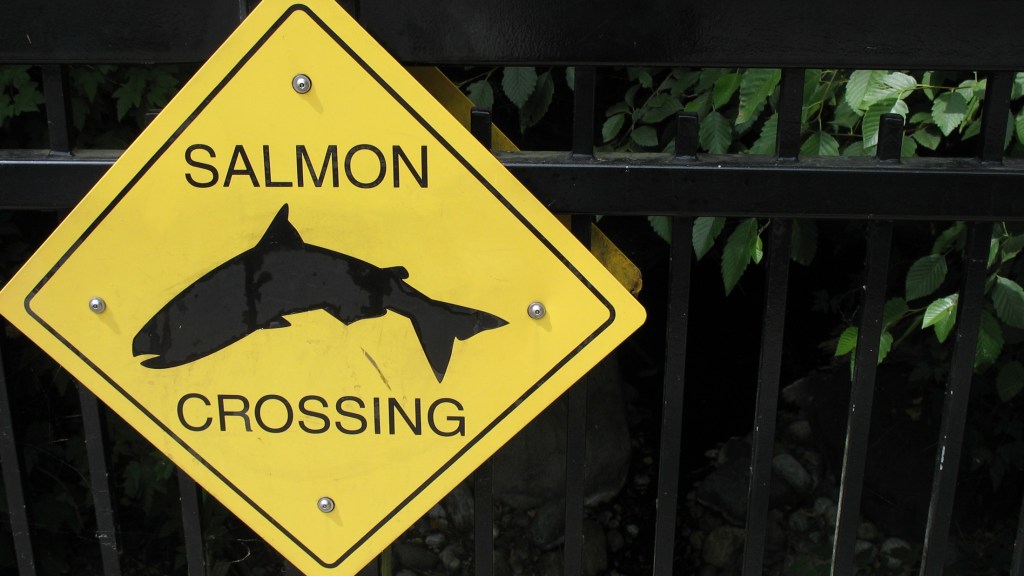 Spring is typically the time when salmon in Northern California hightail it to the Pacific via freshwater streams. But now that the usual thoroughfares are starting to dry up, thanks to this winter’s epic drought, U.S. Fish and Wildlife suggest the salmon do what Californians do best: Take the freeway.

Despite the recent storms, the state’s snowpack is still critically low, and unless this year’s April showers are more like April monsoons it’s likely that rivers will still be too warm and shallow for salmon to make it from hatchery to sea for their seasonal spring migration. To get them over this hurdle, as many as 30 million fish will be loaded up on tanker trucks and driven the three hours between hatcheries near Red Bluff to San Pablo Bay.

Not that this hasn’t been done before. It’s the same trucking plan that was carried out during the great drought of ’91-’92 . California actually used to truck most of its hatchery-raised fish out to the ocean, in order to protect them from predators and pollution — until they found that the salmon that hitched a ride had a harder time returning to their home base, because they missed the chance to smell the journey (salmon use their noses to imprint their migration paths). Instead, they just vagabonded it to any ol’ hatchery, often to one where they weren’t as well adapted. The result: diminished populations.

Sounds kind of fishy. But Fish and Wildlife are in the midst of a multi-year study to figure out the best mode of transit for salmon during low-water years. Who knows, come next drought, maybe instead of taking a gas-guzzler, they’ll be traveling by zeppelin.