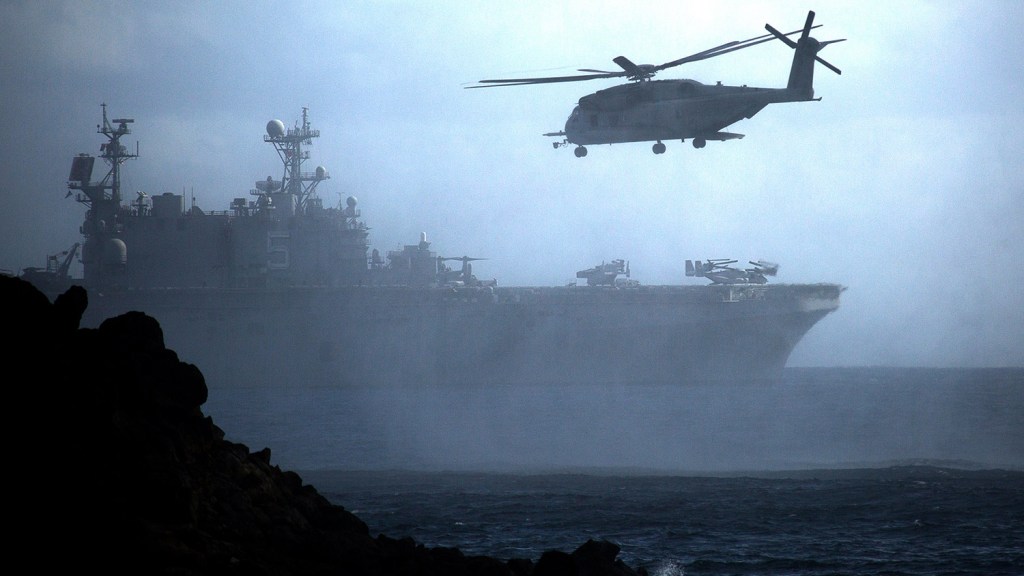 It may come as no surprise to you that the Department of Defense is the biggest energy consumer in the United States: In 2013, its energy bill hit $18.9 billion. That’s a big part of why the U.S. Marine Corps and the U.S. Navy are tackling energy efficiency. (As Grist’s David Roberts has reported, the military has tactical as well as financial reasons for reassessing its consumption of fossil fuels.)

More surprising is how the military is doing it: not just switching to greener, more efficient technologies, but also by trying to shift the habits, routines, and practices of individual service members. Often, it’s the little things — say, leaving vehicles idling, or using more propellers and engines than are needed — that add up to staggering costs for both the military and the climate.

As the Washington Post’s Chris Mooney reports, tapping into psychology and the behavioral sciences is one of the “hottest trends in academic energy research.” And the changes the military is working on have big implications for civilians, too:

Pentagon-sized energy gains could be reaped just by tweaking little behaviors. For instance, here are some published estimates of possible energy savings from behavioral changes. These shouldn’t be taken as exact, but rather as ballpark figures:

Indeed, one 2009 study suggested that American households — which account for around 40 percent of U.S. carbon emissions — could achieve a 20 percent emissions reduction by changing which household appliances and objects they use, and how they use them. That’s greater than the total emissions of the country of France.

Of course, this is not a new idea — that if we just changed our behavior, we could slash our emissions — and yet, as David Roberts has pointed out time and again, it’s not as easy as it sounds.

But now, there’s a lot more research out there emphasizing the idea that basic financial arguments around energy efficiency don’t take into account the basic psychological ones. Among the hardest to shake, for both organizations and individuals: the sheer, inexorable power of habit.

Kudos to the U.S. Marine Corps and the U.S. Navy for at least looking into this stuff. It’d just be oh so great if we could also see a few more attempts toward behavioral and psychological changes in other government-sponsored entities … *cough* climate deniers in the GOP Senate *coughcough*.