Why so many Republicans can’t resist climate denial 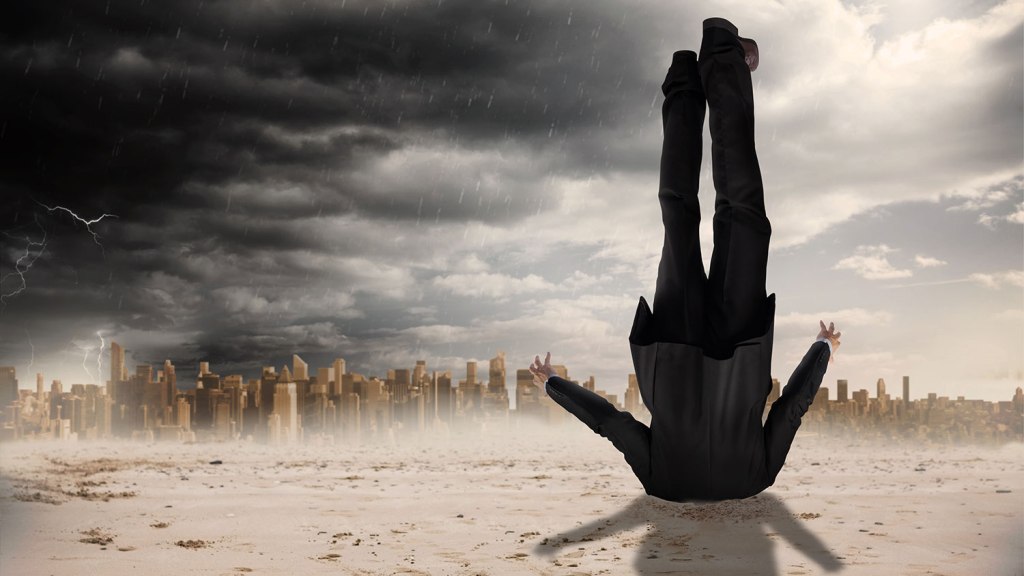 Why so many Republicans can’t resist climate denial

Despite the large number of major Republican presidential candidates — now 15, following Wisconsin Gov. Scott Walker’s entry into the presidential race last week — they do not represent the full spectrum of their party’s beliefs on climate change. This is the unfortunate byproduct of the particular fusion of social conservatives and big business interests that came together to form the modern GOP. They don’t always have the same priorities, and so when an issue like opposition to climate action binds them together, it’s particularly sticky among Republican politicians.

Pew polls find that between a quarter and half of Republican voters accept the basics of climate science, depending on how you phrase the question. And roughly half of Republicans support the EPA setting limits on carbon emissions from power plants. You might think that one of the establishment candidates would see a political advantage in being the only contender to embrace a more moderate position — one that would also play better in the general election — as Jeb Bush and Marco Rubio have done on immigration.

But none of the 15 Republican candidates for president supports EPA’s carbon regulations. With the exception of South Carolina Sen. Lindsey Graham (who is polling at 0.6 percent), they oppose regulating climate pollution at all. Walker, for example, pledged never to back a carbon tax. Bush, Rubio, Ted Cruz, and Rand Paul have all sneered at climate science.

That’s because accepting climate science threatens the very foundations of any GOP presidential aspirant’s base.

For the religious right, climate science is anathema for both doctrinal and cultural reasons. Accepting climate science means accepting Earth science and what it shows us about how the Earth is billions of years old rather than a few thousand. So Christian fundamentalists and all those who interpret the Bible literally or subscribe to “Young Earth Creationism” cannot accept the foundations upon which climate science is built. More broadly, issues like evolution that set up the same tension between the religious right’s medieval belief system and modern science make social conservatives unwilling to accept any evidence that God is not, in fact, personally micromanaging the Earth’s affairs.

For the business wing of the Republican Party, climate science is anathema for both ideological and financial reasons. Ideologically, real acceptance of the science would mean acceptance that greenhouse gas emissions need to be slashed, and the most straightforward way to do that would be more government regulation. For the average Tea Party activist or Ayn Rand fan, government regulation is presumed to be bad, and working backward from that climate science must therefore be bogus. Financially, regulation of greenhouse gases could hurt fossil fuel companies and related interests like the Koch brothers’ industrial empire, but also other big businesses. That’s why the corporations that control the U.S. Chamber of Commerce and the National Association of Manufacturers have set the business lobby against regulating carbon pollution.

The two camps’ reasons are different, but together they make an overwhelming case for Republican politicians to keep denying climate science.

Add in tribal identity and the case for cowardice becomes completely irresistible. Politics is not just about positions, after all, it’s about identity. Climate denial is one way a Republican politician can intimate to the anti-modernity wing of the GOP that he or she is one of them and doesn’t trust professors or the mainstream media.

So intransigence on climate change becomes an appealing way of pulling together the disparate strands of the Republican Party. It keeps heartland social conservatives and corporate bosses on the same team. It’s sort of like the inverse of Democrats’ efforts to connect clean energy with economic populism.

This is notably different from the situation with another hot issue, immigration, on which the GOP is split. Many rank-and-file Republican voters harbor anti-immigrant views, but big business wants immigration reform that would bring more potential workers into the U.S. That’s why we’ve seen some top Republican presidential candidates, such as Jeb Bush and Marco Rubio, embrace immigration reform, while there’s not yet any evidence of such a shift on climate change.

The significance of an issue to business interests is key. Compare immigration to abortion or Republican warmongering in the Middle East: because the business wing of the party does not have a financial stake in moderating on those issues, Republican pols just pander to the conservative base on them, despite divided opinion among their more moderate voters. Twenty-seven percent of Republican voters support abortion rights, according to a Gallup poll from last year, but none of their presidential candidates do except for former New York Gov. George Pataki, who currently polls at an average of 0.2 percent. Thirty-one percent of Republicans support making a deal with Iran to prevent it from acquiring nuclear weapons, but all the Republican presidential candidates oppose it.

In fact, the prospects for GOP moderation on climate change are in some ways even worse than on abortion. While the Wall Street Journal editorial page might make a show of opposing abortion rights, there is no reason to think that if, say, John McCain had chosen a pro-choice running mate like Joe Lieberman they would have refused to back the ticket. Selfish rich white men who live on the East Coast don’t actually care about protecting fetuses, it’s just a trade they’ve made with the yokels in exchange for keeping the capital-gains tax rate low. But imagine how they, or an executive from ExxonMobil, might respond to a climate hawk on the GOP ticket.

That’s why none of the GOP’s top-polling contenders have clearly accepted climate science. The only Republican candidates to even partially acknowledge the overwhelming scientific consensus on anthropogenic climate change are ones with little to no chance of winning the party’s nomination — New Jersey Gov. Chris Christie, Ohio Gov. John Kasich, Carly Fiorina, Graham, and Pataki. According to the Huffington Post polling average, Christie is the only one of those who averages (barely) above 2 percent, and he is the only one who is (barely) placing in the top 10, necessary to qualify for the CNN and Fox News debates. (In 2008, Mike Huckabee, who Huff Po has in seventh place, accepted climate science and supported emissions caps, but he has long since flip-flopped.)

This disconnect between Republican politicians and voters on climate change is not limited to the presidential candidates. In June, 239 House Republicans voted for (and only four voted against) a bill that would delay EPA from regulating power plants’ carbon emissions until all legal challenges are settled and would allow states to opt out of the rules, thus rendering them worthless.

Major conservative media figures such as talk-radio host Rush Limbaugh and Erick Erickson of RedState and Fox News enforce this trend. They behave like political strategists rather than truth-seeking journalists and unleash fury on candidates who deviate from the orthodox party line.

Is there any hope of breaking this logjam? Currently, Republican politicians get away with denying climate science because the moderate wing of their party shrugs it off. Moderate voters may accept climate science and support carbon regulation, but they don’t care enough about it to vote on it.

What Democrats and climate hawks must do, then, is turn backwardness on climate change into a symbol of backwardness writ large, as I argued in a recent post. They must make Republican moderates embarrassed to vote for a candidate who does not accept climate science and embrace climate action, in the same way it would embarrass them to vote for a candidate who says that women cannot get pregnant when raped. Because the one thing Republican politicians care about more than anything else is winning.