How do we get conservative politicians to vote for climate action? Attack and embarrass them - Grist 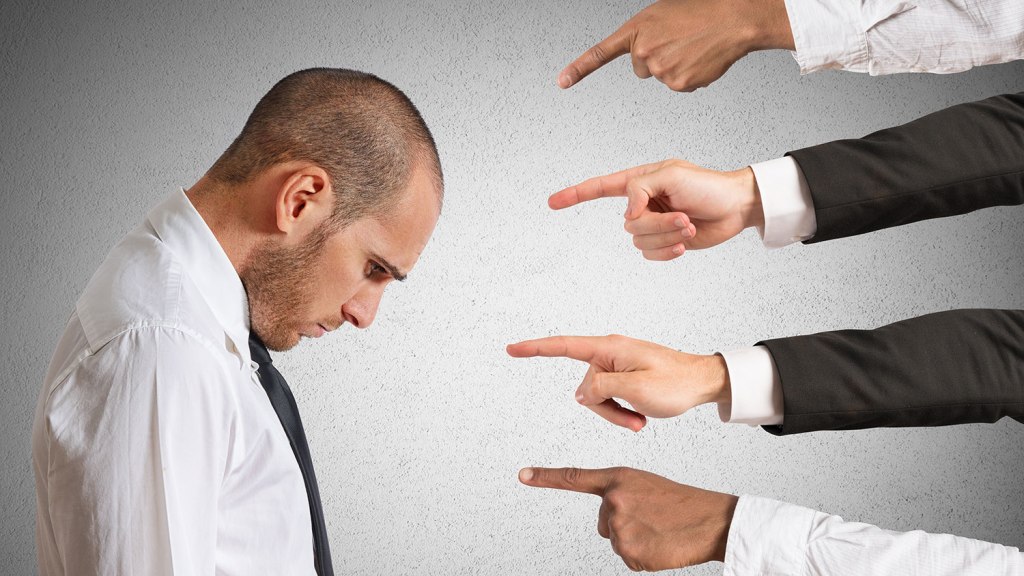 How do we get conservative politicians to vote for climate action? Attack and embarrass them

It’s easy to point out which tactics won’t work to get American conservatives engaged in the fight against climate change. Recently I’ve critiqued arguments that climate hawks should extend a welcoming hand to right-wingers and that Pope Francis’s climate change encyclical will move any Republicans to embrace the issue.

But merely knocking down others’ arguments is insufficient when they are trying to solve a real problem. And this problem is quite real: In order to pass comprehensive climate change legislation federally — and to get the right policies also working in tandem at the state and local levels — some conservative and Republican officeholders will have to get on board. So the argument is not over whether this has to happen, as it must, but how it can happen.

Here is my answer: Environmentalists and Democrats should beat climate science deniers over the head with aggressive attacks until they realize it is in their interest to back climate action.

To figure out how to get Republicans to vote for something, you should look at how Republicans behave. Appeals to their sense of moral obligation to protect people or the environment always fail, as do arguments based mainly on conservative intellectual principles.

To take just one stark example, look at the U.N. Convention on the Rights of Persons With Disabilities, a treaty negotiated and first signed under former President George W. Bush. Since signed by virtually every other major country in the world, and signed again by Obama in 2009, it would basically just commit the U.S. to abiding by the same standards already in place under the Americans with Disabilities Act, which was signed by the first President Bush in 1990. But the right wing developed bizarre theories about how it would infringe on U.S. sovereignty. Senate Republicans rebuffed disabled veterans and former Republican presidential nominees John McCain and Bob Dole, who lobbied for the treaty’s ratification, and voted it down in 2012 and again in 2014. Morality, compassion, and even loyalty to their own party’s leading figures were no match for the fear of a right-wing primary challenge.

Or consider that only one House Republican would vote for a health-care reform bill modeled on a conservative think tank’s proposal and on Mitt Romney’s own successful health-care system in Massachusetts. But 199 House Republicans voted against raising the U.S.’s debt ceiling, risking a default that would unleash a catastrophic global economic meltdown. Congressional Republicans cannot be cajoled into doing anything — no matter how necessary or logical — that they perceive as potentially damaging to their reelection prospects.

Now let’s look at GOP behavior related to climate change itself: Many leading Republicans have oscillated wildly between calling for climate change action and denying climate science altogether, based solely on one factor: their own political self-interest. GOP climate flip-floppers include McCain, Mike Huckabee, Tim Pawlenty, Mitt Romney, and Newt Gingrich. Clearly, Republicans are willing to support regulation of carbon emissions if they believe that will further their political careers.

So the way to win them over is to change their political calculus: to convince them that combatting climate change is in their self-interest.

Earnest entreaties obviously don’t work. If you want to know how that pans out, ask former Rep. Bob Inglis (R-S.C.), who lost his seat to a Tea Party challenger in 2010 after accepting climate science and has since been working, without any notable success, at convincing Republicans to come around on climate science.

In the 1980s, Democrats were trounced in three consecutive presidential elections. Cynical Republican operatives like Lee Atwater had figured out how to split middle-class and working-class white suburban voters away from the Democrats: through wedge issues that played on (often racist) resentments and fears. Ronald Reagan established a playbook, still followed by Republicans today, of inveighing against allegedly lazy welfare recipients who live the high life at the taxpayers’ expense. The wedge-issue method reached its apotheosis with the infamous Willie Horton commercial in 1988, paid for by a conservative political action committee with ties to George H.W. Bush’s presidential campaign, blaming Gov. Mike Dukakis (D-Mass.) for a rape, kidnapping, and pair of murders committed by African-American convict Horton while he was out of Massachusetts prison on a furlough. Despite the fact that Reagan himself had presided over a more lenient furlough program in California, the ad was notoriously effective.

Republicans were successful in putting Democrats on the defensive about welfare, crime, affirmative action, the power of organized labor, and national security. In response, the “New Democrat” movement — led by the Democratic Leadership Council (DLC), and magazines like The New Republic and The Washington Monthly — set out to move the Democrats rightward on those issues. The result: Bill Clinton, a former DLC Chair, won the Democratic nomination and the presidency. Clinton sought to neutralize his party’s liabilities on hot-button social issues with compromise taglines: “mend it, but don’t end it” on affirmative action and “abortion should not only be safe and legal, it should be rare.” On some issues, Clinton made larger substantive concessions, such as signing the draconian 1996 welfare reform law that has had a disparate racial impact. The “Clinton crime bill” of 1994, written by then-Sen. Joe Biden (D-Del.), expanded the death penalty, incentivized states to extend criminal sentences, and eliminated federal funding for prisoner education.

Bill Clinton’s successors in leading the Democratic Party, such as Hillary Clinton and Barack Obama, have adopted many of the same cautious, moderate positions on these issues. Obama backs free-trade agreements opposed by unions. He has struck a hawkish, secretive posture on counter-terrorism activities at home and abroad. During the George W. Bush presidency, both Clintons backed the invasion and occupation of Iraq, as did the Democratic leaders in both Houses of Congress, future Democratic presidential nominee and Secretary of State John Kerry, and future Vice President Joe Biden. Virtually every Democrat in Congress voted for the PATRIOT Act. This reflexive deference to the security state has trickled down to the local level. New York’s supposedly liberal mayor Bill de Blasio just struck a deal with the City Council to hire 1,300 additional cops.

How did Republicans win over so many Democrats on contentious issues like crime, welfare, and national security? It wasn’t by earnestly reaching across the aisle and trumpeting the bipartisan nature of welfare reform, tough-on-crime policies, and antiterrorism activities. It wasn’t by gently trying to persuade Democrats that these are good policies on the merits or that they are really in keeping with liberal values. It was by aggressively hammering on these issues to defeat Democrats until Democrats who wanted to win nationally realized they needed to adopt different positions.

It is a truism in politics that a gaffe only sticks to a candidate when it reinforces a pre-existing reservation voters may have about him or her. If a candidate gets tagged a flip-flopper, any statement that sounds slippery will get hung around their neck. The Republican attacks on Democrats over welfare and crime worked because they reinforced rural and suburban white voters’ negative stereotypes about cities, minorities, and the Democrats who they suspected of coddling them.

Climate change presents a great opportunity to copy that game plan in reverse. What are the negative stereotypes that younger, more educated, urban, and non-white voters hold about Republicans? That they are ignoramuses who reject science, that they are selfish, greedy, or in the pocket of big business, and that they are old and out of touch. Climate change lends itself to attacks that play on all of these themes.

Tom Steyer and his PAC, NextGen Climate, have the right idea. In 2014, they targeted key Republican climate change deniers and went after them with sharp-elbowed ads. They homed in on how climate science denial reflects the GOP’s deliberate ignorance. And they ran ads showing how corporatist Republicans like Wisconsin Gov. Scott Walker were favoring the Koch brothers over average citizens. The most memorable of all of these was the one that showed the 97 out of 100 white-coated scientists who accept climate science staring skeptically at a trio of simple-minded cavemen stoners who protest that “I’m not a scientist” and “We like it hot.”

The results of Steyer’s efforts so far are inconclusive. Of the seven Senate and gubernatorial candidates NextGen targeted in 2014, four still won their races. But NextGen was waging an uphill battle. 2014 was a midterm election, and the second one in the Obama presidency. Historically, the president’s party almost always performs badly in second-term midterms. The last few cycles have also seen a bifurcation of the electorate: younger voters and non-white voters, whose turnout drops more in midterms, are much more heavily Democratic than older white voters. We don’t know, for example, whether Gov. Rick Scott (R-Fla.) would have won by more than 1 percent if NextGen hadn’t targeted him. We also don’t know if Scott would have lost to a better candidate than the oleaginous, unpopular, party-switching former Gov. Charlie Crist.

Steyer intends to double down in 2016, and the smart money says his approach might work better in a presidential year, with a younger, more diverse, more liberal electorate.

Republicans are already starting to feel nervous and defensive about climate change. Denying climate science is so out of step with the electorate that many Republicans have shifted to the “I’m not a scientist” dodge, which is a retreat from full-on denial. And Democrats are gleefully making fun of them for it. Obama mocked the “I’m not a scientist” line in this year’s State of the Union address and in other speeches, as did Hillary Clinton did in her campaign kickoff speech. Democrats should continue mocking them and pressing their advantage until Republicans give in.