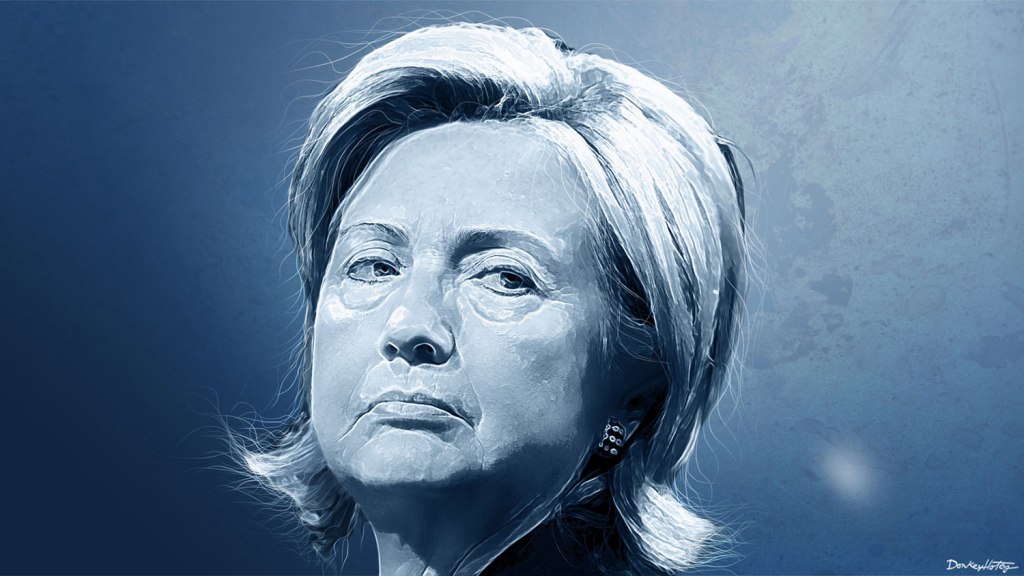 Democratic voters may think it’s time to move past our dependence on fossil fuels, but will their leading presidential candidate listen to them? Or will she listen to her deep-pocketed friends in the dirty energy industry?

Hillary Clinton is getting a lot of money from fossil fuel executives and lobbyists acting as bundlers (fundraisers who collect donations) who represent fossil fuel companies. (She also has lobbyist bundlers who represent other environmentally challenged corporations like Monsanto.)

Here’s just a partial list of the fossil fuel–friendly bundlers who raised money for Clinton from April through June:

That’s just a sampling. As the Huffington Post reports, “Nearly all of the lobbyists bundling contributions for Democratic presidential candidate Hillary Clinton’s campaign have at one time or another worked for the fossil fuel industry.”

In its most recent print issue, The Nation magazine called on all presidential candidates to pledge not to take contributions from fossil fuel companies. Clinton’s two main Democratic opponents, Bernie Sanders and Martin O’Malley, both climate hawks, took the pledge. Clinton didn’t respond. Technically, the pledge would apply to fossil fuel company employees but not their lobbyists, much less to money raised by those lobbyists from random rich people, so much of Clinton’s fossil fuel–connected cash would be exempt anyway.

But the contrast between her and her opponents is clear, and it’s indicative of real policy differences. O’Malley has laid out a set of strong, detailed proposals to combat climate change. These include not just measures Obama has begun taking, like regulating carbon emissions under the Clean Air Act, but ones he hasn’t, like adopting zero-tolerance regulation for methane leaks from oil and gas wells and denying new offshore oil leasing permits. Clinton has not endorsed any stances beyond Obama’s except for charging more for coal leases.

This isn’t a coincidence. If Clinton followed O’Malley’s lead, she wouldn’t be as well-positioned to rake in money from the people who advocate expanding domestic fossil fuel development. So Clinton’s fossil fuel industry bundlers aren’t the real problem but merely its symptom. The real problem is that Clinton hasn’t laid out a strong climate action agenda.

Climate hawks have noticed. In New Hampshire on Thursday, local activists affiliated with 350 Action interrupted a town hall meeting with Clinton to call on her to “act on climate.” One young woman asked Clinton whether she would commit to banning fossil fuel extraction on public lands, to which Clinton replied, “not until we have the alternatives in place.” Another followed up by asking whether that stance was connected to her fossil fuel fundraising. (350 Action is the political action committee associated with climate activist group 350.org.)

Clinton responded that in continuing to encourage fossil fuel extraction she is not motivated by money-grubbing but by her concern for the health of the economy. She even — in a jujitsu move so clever and disingenuous it would make her husband blush —  argued that her stance is the brave one:

I know what the right answer in terms of getting votes would have been. The right answer would have been, “You bet I will ban extraction on public lands.” … It’s really easy to say, “Yeah, let’s ban all of these fossil fuel extractions,” and forget about all the people who are employed, who have jobs, who rely on the energy. … there are candidates who will tell you whatever you want to hear.

But that’s not brave. As David Roberts has explained, supporting both carbon regulation and more oil and gas drilling is the politically convenient stance. That’s what the majority of the American public wants, and many wealthy, entrenched business interests too. It means you can get donations from fossil fuel companies and they are less likely to attack you with outside expenditures. And it means you can pander to short-sighted and economically ignorant voters’ thirst for immediate job creation, temporary cheap energy, and the mirage of “energy independence” supported by domestic fossil fuel production. A more honest response from Clinton would be that she thinks her pandering is necessary to win the general election. (When asked by Grist for comment, the Clinton campaign pointed to her response in New Hampshire.)

As for the merits of Clinton’s claim that she is merely defending workers and energy consumers, climate hawks say it’s an outdated relic of the fossil fuel era. Now that wind and solar energy are much more affordable and widespread, and we understand the massive long-term economic impacts of catastrophic climate change — parts of Manhattan and Miami underwater, for example — Clinton’s argument makes no sense other than from a myopic and self-interested standpoint of trying to marginally boost growth during her term.

“Hillary Clinton’s position is stuck in the past,” says Jamie Henn, a spokesperson for 350 Action. “We have the tools to transition away from fossil fuels. What about all the jobs lost because of climate impacts? We need a president who is willing to make tough decisions about how to transition our economy in the face of climate risk.”

Such a candidate might not collect as many contributions from lobbyists and fossil fuel executives. But if he or she won, it would be with a mandate to really address the climate crisis.