Philip Stoddard, mayor of South Miami, Fla., has expressed that the city — and much of the rest of the state of Florida — would like to secede from its motherland. Honestly, fair! Florida is widely recognized as the State That Sense Forgot, so I’d also be trying to get the hell out of dodge.

Kidding (sort of)! The real reason for Stoddard’s breakup threats is that he’s fed up with the state’s refusal to comprehensively address sea-level rise, which threatens to wipe out the southern end of Florida. While the Intergovernmental Panel on Climate Change estimates sea-level rise to be between 1.7 and 3.2 feet before 2100, climate scientists have actually estimated the figures to be closer to 2.3 to 4 feet — and 6.5 to 9.8 feet by the year 2300. That is very, very bad news for a state that sits just barely above sea level.

“It’s very apparent that the attitude of the northern part of the state is that they would just love to saw the state in half and just let us float off into the Caribbean,” South Miami Mayor Philip Stoddard said. “They’ve made that abundantly clear every possible opportunity and I would love to give them the opportunity to do that.”

Hmm. OK. This smacks a bit of the “You want to break up with me? FINE! I’m leaving anyway!!” approach, but for the sake of argument, we’ve put together a projection of how things look for South Florida if Stoddard makes good on his threat (a very, very, very unlikely prospect): 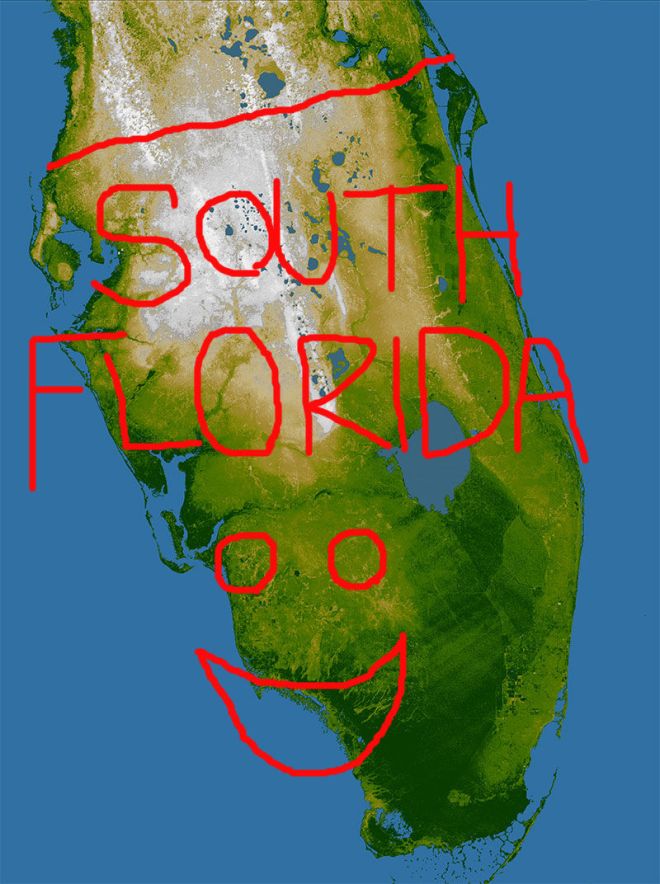 South Florida in 2300 (if water levels should rise above 33 feet, as may happen with a total sea-level rise of 9.8 feet, in the event of a hurricane or flood): 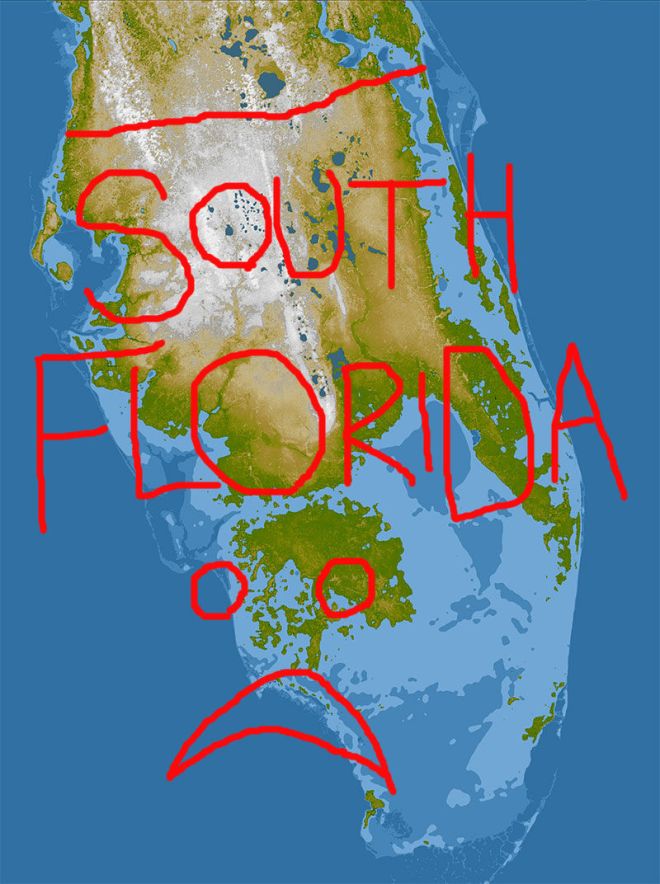