Will the U.S. lift its 38-year ban on crude oil exports? 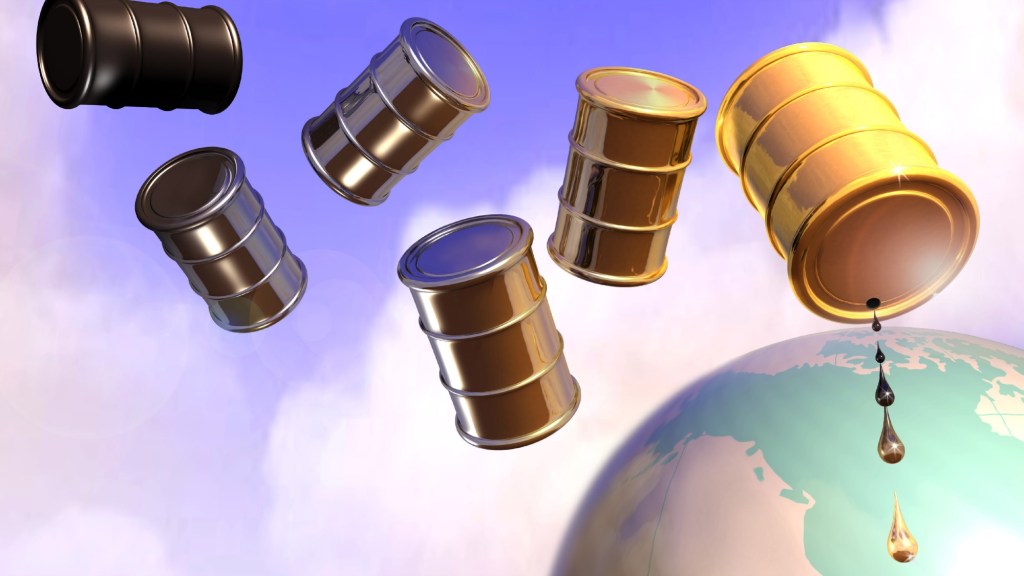 Will the U.S. lift its 38-year ban on crude oil exports?

The U.S. could start sharing the crude spoils of its environment-ravaging drilling boom with other nations.

The country banned crude exports after the oil shocks of the 1970s. But oil producers and oil-loving politicians alike are starting to push for that export ban to be lifted. Oil companies last year began preparing a legal challenge to the ban, which may argue that it violates international law. And last month, Energy Secretary Ernest Moniz suggested that it may be time to consider lifting the ban. “Those restrictions on exports were born, as was the Department of Energy and the Strategic Petroleum Reserve, on oil disruptions,” he said at an energy forum.

FuelFix explains the growing disquiet over the export ban:

As a new year dawns in the nation’s capital, the Obama administration and Congress find themselves grappling with a scenario that was unthinkable just a short time ago: What to do with the domestic oil flowing out of West Texas, North Dakota and other states?

The climb in domestic crude production has created a dilemma for both lawmakers and the White House, who are facing new pressure from oil companies to relax the nation’s 38-year-old ban on exports of the unprocessed product. …

[T]here is a growing glut of light, sweet crude that is unearthed in the U.S., and barred from export. Many U.S. refineries, particularly along the Gulf Coast, were designed to process heavier supplies from Venezuela, Saudi Arabia and Canada, and while some have adapted to handle more of the light, sweet domestic product, bigger changes are unlikely soon.

And here is some nice context from InsideClimate News:

Emboldened by the recent boom in U.S. crude production, oil company executives and others closed the year by launching a highly public push for the right to freely export U.S. crude oil. The move is a 180-degree change from 40 years of telling Americans that the country needs all the oil it can get to achieve energy independence and to protect consumers and the economy from oil and gasoline price shocks.

It’s a particularly dicey appeal to make right now because the call for oil exports — and the industry’s rationale for it — run counter to the arguments that oil companies and politicians are still using to justify a host of industry-backed initiatives, including the controversial Keystone XL pipeline project that would import oil from Canada.

What’s more, for the American public, every discussion about oil policy ultimately boils down to one question: What would it do to gasoline prices? On that front, unrestricted oil exports would be a difficult sell.

Lifting the ban would encourage still more drilling, which would be bad news for the environment in the U.S. and for the global climate.

Sen. Ed Markey (D-Mass.) will be fighting to keep the export ban in place. “Clearly Big Oil’s push for increased domestic drilling has nothing to do with increasing our nation’s security, or else the industry wouldn’t be seeking to export U.S. crude oil abroad,” he said.