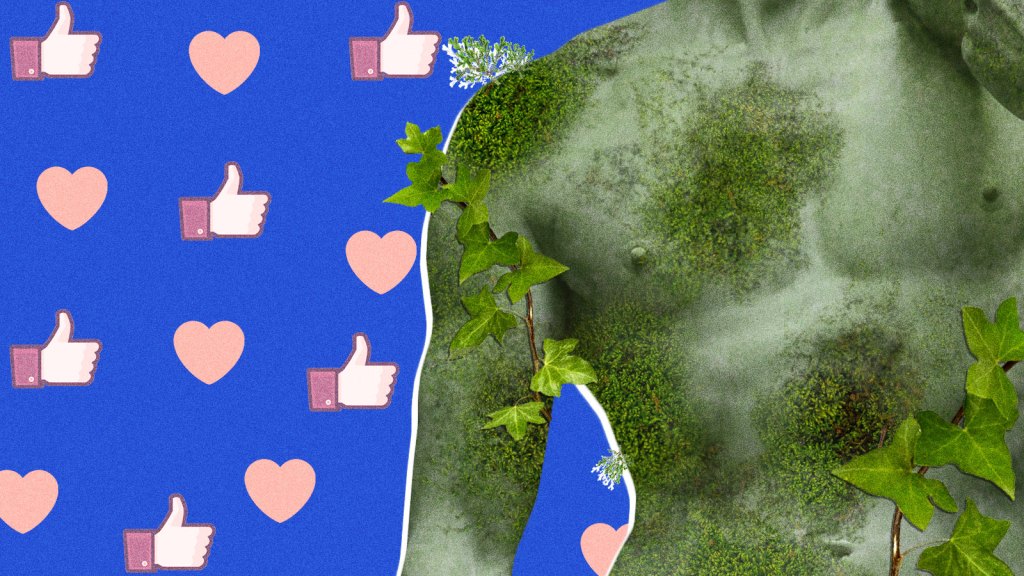 Grist
Men Are From Moss

Anyone who has been paying much attention to recent news is probably very aware of the pitfalls associated with “traditional” masculinity. From the desperate demonstrations of the so-called Proud Boys to the “Wolverine Watchmen” charged with plotting to kidnap Michigan Governor Gretchen Whitmer, certain expressions of testosterone are reaching new levels of derangement.

But not all bands of bros merit their own Southern Poverty Law Center extremist group entry. Allow me to present to you a much-needed palate cleanser: The moss bros of TikTok and Instagram. They are a small but mighty subset of guys, who are extremely enthusiastic about all manner of greenery: moss, grass, trees, clover, bamboo, miscellaneous shrubbery, you name it. Bros rhapsodizing over this and that kind of sprout. Bros cooing appreciatively over a chartreuse-blanketed rock. Bros simply marveling at leaves.

I could watch the video above 1000 times to soothe me to sleep. Just a man extolling the ecological benefits of moss, nothing more, nothing less? Yes, thank you.

Do I sense a little resistance to the admiration of a nature-loving gentleman? Understandable. It’s an archetype that is not necessarily new; men — and for many years, almost exclusively white men — have long been celebrated for their celebration of nature. John Muir loved nothing more than morning light on a mountain face. Henry David Thoreau wrote an entire book about a pond! Johann Wolfgang von Goethe made an entire literary and scientific career out of just thinking about and admiring nature nonstop.

But when you look deeper into the beliefs some of these guys held around issues like race, class, and gender, it’s clear they were deeply problematic. For all his contributions to the institution of national parks and public land, Muir applied a classically chauvinistic and imperialist approach to conservation. Thoreau really did love the hell out of that pond, but his mom did his laundry! Some of Goethe’s more well-known lines on nature could pass as one of the creepier Tinder messages you might receive! (“With all men she plays a game for love, and rejoices the more they win. With many, her moves are so hidden, that the game is over before they know it.”)

A key characteristic of this environmental strand of toxic masculinity is the desire to dominate nature in some form. Meanwhile, with every new advancement of climate change, nature is dominating us with rising seas and fires and unlivable heat. Humans were never the ones in charge!

But humans — cough, men — can get mad when you remind them how little control they actually have. Political scientist Cara Daggett proposed a theory of “petro-masculinity,” or the association of fossil fuel exploitation and aggressive machismo. In a sort of manifesto of the concept, she posits “fossil fuel use as violent compensation for the anxieties provoked by both gender and climate trouble.” A sense of a certain way of life slipping away — one dependent on fossil fuel extraction — can provoke an even stronger insistence that those harmful practices continue.

And how retro is that! It’s 2020 — do we still expect men to be so inflexible? So, dare I say it, disrespectful? Uncaring?

Which brings us back to the appeal of moss bros. Best-case scenario, they are proof that delightfully pure enthusiasm still exists in a world that is increasingly daunting and complex; at the very least, they give a convincing performance of earnest and inclusive deference to the great outdoors. Moss bros just want to respect and care for nature, and they want you to experience that, too.

“I just wanted to demonstrate to everyone that there is so much beauty in the Earth; I know beauty is very subjective, but I feel like I wanted to convey that,” said noted moss bro Casey Shultis. In the spring of this year, he started a nature appreciation TikTok where he celebrates forests and mountains and, yes, moss. When that really took off, he started contributing to another account called EcoTok — founded by Alex Silva, Sabrina Wisbiski, and Alaina Wood — where he talks more generally about climate and environmental issues.

“Especially this year, there’s a lot of bad stuff going on, and I really wanted to show my love so other people could show that they also cared,” he said. “I feel there is this stigma around masculinity, that it comes through driving a big truck and things like that. But there’s this alternative masculinity where it’s really interesting and cool to demonstrate how you really feel about certain topics. And now people are demonstrating that they’re passionate about nature and the Earth and the environment and taking care of it.”

It’s impossible to say whether those “alternative” masculinity ideals will propagate into the mainstream. But in a year when we are bombarded by one deranged and often dangerous display of machismo after another, here’s hoping the moss bro is the bro of the future.

CORRECTION: An earlier version of this story incorrectly identified Casey Shultis as the founder of EcoTok. He is a contributor to the account.