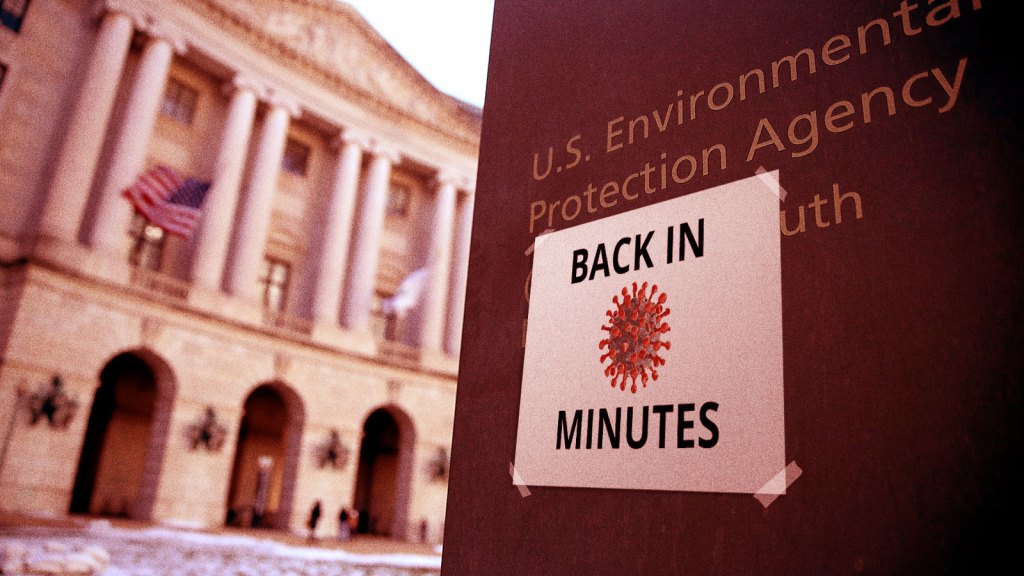 In the latest clash between career Environmental Protection Agency staff and the agency’s Trump-appointed leadership, the EPA employee union’s executive board voted unanimously last weekend to express “no confidence” in agency leadership’s ability to keep employees safe as they return to their offices to work, despite a still-raging pandemic that has killed more than 200,000 Americans.

Dozens of EPA offices have reopened nationwide, according to The Hill, though in many cases in-person work is still voluntary. (Teleworking is still required at certain locations, including the agency’s Washington, D.C., headquarters.) But the American Federation of Government Employees (AFGE), the country’s largest federal employee union, does not believe that workers should return to their offices anytime soon. Union representatives argue that in-person work will put employees — and particularly employees of color — at greater risk for contracting the virus, and they argued that there is no “mission-critical reason” that employees should return to offices after months of successfully teleworking.

More than 700 EPA union employees cast a vote regarding their confidence in agency leadership, and more than 90 percent of correspondents indicated that they did not trust the agency to keep them safe if they returned to their offices during the pandemic. After the vote, AFGE informed the agency of its vote of no confidence. On Monday, the union indicated that it believes telecommuting should continue until “a safe and effective COVID-19 vaccine is available.”

Article continues below
More in this series
Smoke and COVID-19 drove us inside — but the air in there wants to kill you
How California’s farmworkers are banding together to survive the pandemic
The EPA cut back enforcement during COVID. These researchers are assessing the damage.

“There’s been no commitment to put the employees’ safety first,” said Nate James, president of AFGE Local 3331, which represents employees at the EPA’s headquarters. “That’s why I vote no confidence.”

An EPA spokesperson told Grist that the union’s critiques of agency leadership are “baseless allegations.”

“Reopening decisions are determined with the help of career EPA scientists and by examining guidance and orders of local and state officials. EPA has taken a number of measures and precautions to ensure a safer work environment that include giving workers flexibility to telework and cleaning work spaces,” EPA spokesperson James Hewitt wrote in an email.

This week’s developments are just the latest manifestation of long-running tensions between President Trump’s EPA leadership and the agency’s career staff. Longtime EPA staff left the agency in droves after Trump’s inauguration, and career scientists and lawyers within the EPA have fought to publicize data undermining the Trump administration’s frequent rollbacks of environmental rules.

“Everyone is at risk, and we continue to live in fear — but we have to learn how to survive this.” 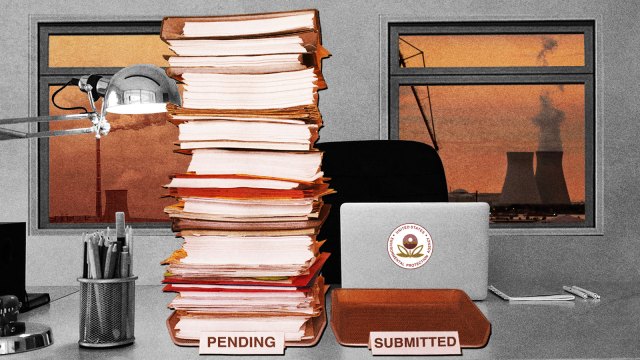 “Pollution affected deaths, at least in the short term, by causing existing COVID-19 cases to worsen.”
See all articles in this series