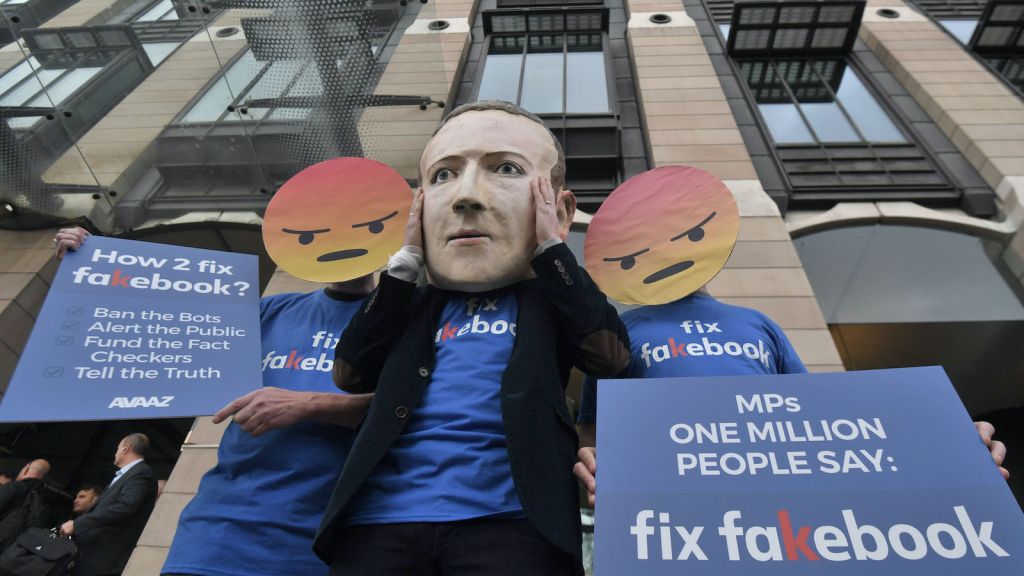 Things you might see in a Facebook ad include custom-fitted boxer briefs, a new HBO sitcom, and … climate denial.

A new analysis from the nonprofit think tank InfluenceMap finds that climate denial is alive and flourishing on the world’s largest social network. According to the group’s report, Facebook has allowed lobbying groups with opaque funding sources to use the platform’s marketing tools to spread doubt about the science of climate change.

“CLIMATE CHANGE PANIC IS NOT BASED ON FACTS,” read a disinformation ad that ran in April. Other ads questioned the specific impacts of climate change: “Well, this is awkward,” said one advertisement that appeared in January. “Turns out some of Glacier National Park’s ‘melting’ glaciers are actually getting bigger.”

These anti-climate messages on Facebook weren’t coming from oil majors. Amid increasing public and investor concern about the climate crisis, many large, public-facing companies no longer want to be associated with this kind of outright anti-science messaging. According to InfluenceMap’s analysis, right-wing nonprofit and lobbying groups like the Competitive Enterprise Institute and PragerU have taken up that mantle. And thanks to  501(c)(4) regulations, these groups often don’t need to tell the public who’s funding them.

InfluenceMap’s analysis scoured Facebook’s Ad library, which the company launched last year to allow more transparency around its advertising practices, to find paid posts from 95 advertisers known to have propagated climate disinformation in the past. The group identified 51 climate disinformation ads in the United States that began running in the first six months of 2020. Cumulatively, those ads garnered 8 million individual views.

The analysis highlights the shortcomings of Facebook’s existing fact-checking program. Since late 2016, following widespread concern about the role of disinformation in the 2016 presidential election, Facebook has worked with third-party fact-checkers to flag and limit the spread of inaccurate content. But according to this new research, climate disinformation appears to be falling through the cracks. Just one of the 51 misleading climate ads was removed by Facebook, while the remaining 50 were allowed to run for the entirety of their scheduled lifetimes.

Data stored in Facebook’s Ad Library also revealed that the disinformation ads were highly targeted. Men were vastly more likely than women to see the ads — especially men over 55 years old. The advertising bias was regional, as well, with those living in rural states disproportionately shown climate disinformation on their Facebook feeds.

“InfluenceMap’s devastating report reinforces and reveals how Facebook lets climate deniers spread dangerous junk to millions of people,” said Democratic Senator Elizabeth Warren of Massachusetts in a statement, calling on Facebook to close loopholes allowing misinformation to spread on its platform. “Facebook must be held accountable,” she added.

InfluenceMap’s report follows months of scrutiny of Facebook’s policies to combat climate disinformation. In June, climate advocates protested over a so-called climate “loophole” that allowed Facebook employees to overturn fact-checkers’ decisions about climate articles, labeling inaccurate content as “opinion” and allowing it to be shared without limitation.

Just last month, Facebook affirmed that it was “committed to tackling climate misinformation” by releasing a Climate Science Information Center, where users can click through a number of resources about climate change ranging from statistics about the rate of global warming to tips on living a low-carbon lifestyle.

The company did not announce any new initiatives to stanch the spread of climate disinformation. In fact, at the time the Information Center was announced, two of the 51 ads identified by InfluenceMap were still circulating on the social media platform.

InfluenceMap contrasted Facebook’s response to the climate crisis with its more aggressive efforts to quash COVID-19 misinformation. In April, Facebook affixed warning labels to 50 million posts containing inaccurate claims about COVID-19 and began using the News Feed to show messages correcting the record to users who had liked, reacted, or commented on misinformation.

“The COVID issue could be a compressed version of the climate emergency,” InfluenceMap’s executive director, Dylan Tanner, told Grist. In the case of the virus, “the imperative to quash misinformation was an urgent priority for regulators and agencies around the world. Everyone saw that information and took decisive action.”

“Maybe in the minds of some people, climate is less urgent,” Tanner said. “But that doesn’t mean climate disinformation shouldn’t be addressed by social media companies, and they certainly can do it.”

On Wednesday, Facebook announced that it will stop running all political ads — but only after the November 3 general election, and for an indefinite period of time. A Facebook spokesperson said the company was investigating InfluenceMap’s findings. They affirmed Facebook’s policy of prohibiting ads with claims debunked by third-party fact-checkers.

This story was updated on Friday, October 9 to include Facebook’s response to InfluenceMap’s report.