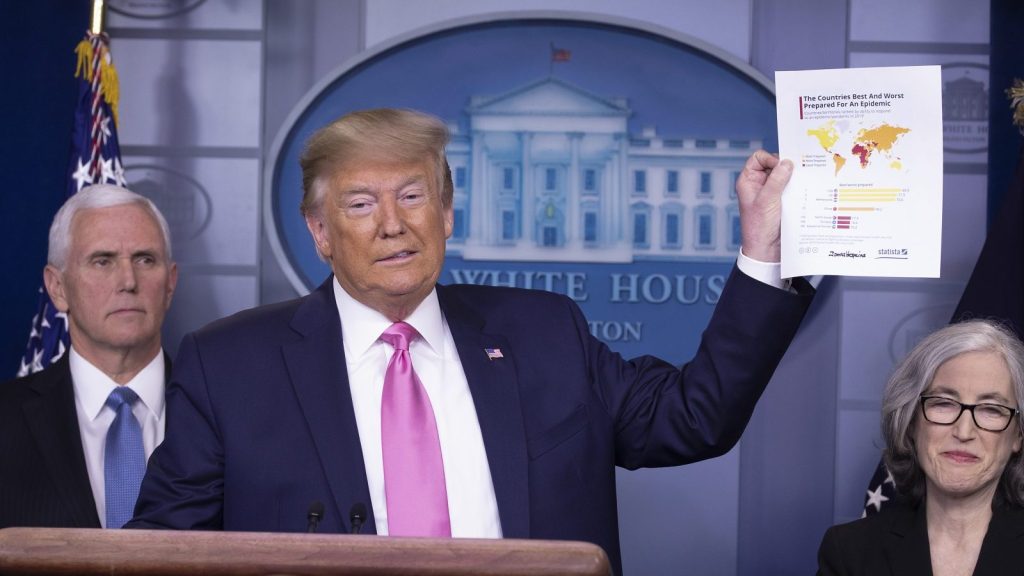 This story was originally published by the Bulletin of the Atomic Scientists and is reproduced here as part of the Climate Desk collaboration.

Here in Washington state, a spokesperson for the nursing home that is the epicenter of a coronavirus outbreak said on Sunday that he and his colleagues “had seen some residents go from no symptoms to death in just a matter of hours.” COVID-19, the disease caused by the coronavirus, does not necessarily progress little by little toward a critical stage.

The spokesperson’s comments about the unpredictability and volatility of COVID-19 reminded me of how our planet is responding to climate change. While scientists measure climate change in fractions of degrees Celsius, its symptoms stubbornly refuse to emerge slowly and incrementally. We can no longer expect that weather patterns and glaciers and ecosystems will continue to change bit by bit. They may reach a tipping point and then collapse suddenly and perhaps even irreversibly — like a patient in a nursing home who seems fine one day but is dead the next.

As with climate change, the impacts of the coronavirus are unevenly distributed. Some places are harder hit than others, and some people are more vulnerable than others. Moreover, the Trump administration’s response to COVID-19 has been remarkably similar to how it has handled climate change: with a combination of denial and delaying tactics that will ultimately cost the public far more than taking quick action. And not just in dollars: Coronavirus denial could get people killed, by discouraging them from taking precautionary measures.

Here are some key strategies from the climate-denial playbook that are now showing up in the Trump administration’s response to the coronavirus:

While public health officials caution people to wash their hands, maintain social distance, and avoid large public gatherings, President Trump and some of the conservative media personalities who support him have been spreading a very different message, asserting that COVID-19 is no worse than the common cold or the flu. (Trump even called the disease “coronaflu.”) Trump has speculated that the World Health Organization’s estimated mortality rate of 3.4 percent “is really a false number” and claimed that thousands or even hundreds of thousands of people recover from the disease “just by sitting around and even going to work.”

It has become difficult to believe anything the president says about the coronavirus, considering that it was less than three weeks ago when he posted this tweet:

The Coronavirus is very much under control in the USA. We are in contact with everyone and all relevant countries. CDC & World Health have been working hard and very smart. Stock Market starting to look very good to me!

Even now, with the disease spreading exponentially and public health agencies issuing warnings, the president, a self-described germaphobe, continues to shake hands with person after person and to make statements minimizing the risk to the American public. This is similar to how Trump has attacked climate assessments from his own government, saying he doesn’t believe human activities are causing economically damaging climate change. However, the president’s attempts to downplay the risks of coronavirus may be less effective than his dismissal of climate risks, say experts interviewed by E&E News, “given the virus’s immediate effect on human lives and the financial sector.”

Reject, restrict, or misrepresent the experts

The Trump administration has worked overtime to rid government reports and policies of references to the scientific consensus that human activities are destabilizing the planet’s climate. Trump has proposed a 26 percent budget cut for the Environmental Protection Agency, which is tasked with climate regulation.

Similarly, the administration has dramatically downsized epidemic-prevention activities at the Centers for Disease Control (CDC), shut down the entire global health security unit of the National Security Council, eliminated the government’s $30 million Complex Crises Fund, and postponed an annual intelligence report warning that the United States is unprepared for a global pandemic. The president’s latest budget proposal would cut the CDC budget by almost 16 percent, and the Department of Health and Human Services budget by almost 10 percent. Trump claims he can bring in public-health experts on demand, as if they are gig workers who sit at home waiting for the government to call with an assignment.

Although the president has been briefed about the coronavirus outbreak by experts at the CDC and other government agencies — and brags about his “natural ability” to understand COVID-19 — he routinely commandeers the microphone to make inaccurate statements about the number of Americans infected, the likelihood that the disease will spread, and the speed at which a vaccine can be introduced. After a meeting with GOP senators on Tuesday, for example, Trump said the virus “will go away” and made one of many misleading comparisons with seasonal flu: “So you have 8,000 [flu deaths] versus 26 [coronavirus] deaths at this time — with all of that being said, we’re taking this unbelievably seriously, and I think we’re doing a very good job.”

Pres. Trump downplayed the coronavirus threat after meeting with GOP leaders, telling @marykbruce that "everybody has to be vigilant and has to be careful," but "a lot of good things are going to happen." https://t.co/LGAuScwblO pic.twitter.com/8yeSaJnnWn

When it doesn’t work to simply deny that a problem like climate change or COVID-19 exists, the administration has been slow to take action and direct resources to the problem. For example, Trump asked for only $2.5 billion to respond to the coronavirus outbreak, with half of that money to be diverted from other programs. Congress instead authorized $8.3 billion in emergency funding.

Now that it has become clear that the virus will become widespread and may have a severe economic toll, Trump is proposing to cut payroll taxes, provide assistance to hourly workers who have to stay home from their jobs, and give bailouts to the travel and hospitality industries. Economists generally agree that it is far more costly to deal with problems like the coronavirus and climate change later rather than sooner. An ounce of prevention is worth a pound of adaptation.

The coronavirus response in the United States is now shifting from containment and precautionary measures to a pandemic-style response, but that shift is still happening community by community, rather than as a society-wide program to mobilize resources. The same is true of climate change, with some cities and states taking climate action but the federal government on permanent pause.

When the president makes himself the messenger on a public health issue such as climate change or coronavirus, the message automatically becomes political. It also becomes less credible, because only one-third of American voters view Trump as an honest person, according to the latest Quinnipiac University poll. Trump is a lousy coronavirus response spokesperson for the same reason that Al Gore was problematic as a climate campaigner: Having a politician as the spokesperson for a public health issue virtually guarantees that a lot of Americans will not take the issue seriously — and makes it easier for conspiracy theories and disinformation to thrive.

Some of the GOP senators who met with Trump yesterday reportedly asked him to make Anthony Fauci the face of the coronavirus response. That’s a great suggestion. Fauci, a prominent medical expert who heads the National Institute of Allergy and Infectious Diseases, would focus on the science, not the political spin. And you’d never see him on television spreading germs from person to person along a rope line.

When things aren’t going well, Trump’s first impulse is to blame anyone but himself. He points the finger at China and India for their climate-altering emissions and claims the Paris climate agreement gives those countries an unfair advantage over the United States.

In the case of the coronavirus, Trump initially accused China of not being transparent about the outbreak but more recently has focused his attention on the media and the Democratic Party, claiming that “fake news” about COVID-19 is causing markets to tank, and that the coronavirus situation has been exaggerated “far beyond what the facts would warrant.” The president’s son, Donald Trump Jr., even told Fox News that Democrats hope the coronavirus “kills millions of people so they can end Donald Trump’s streak of winning,” a comment he later justified by saying he is “entitled to speak, with hyperbole.” Meanwhile, both Trump and Vice President Mike Pence tried to blame former president Barack Obama for the slow rollout of coronavirus test kits, even though the delay was caused by a policy adopted during the Trump administration.

Although the president’s thinking on both the coronavirus and climate change seems to be evolving from “hoax” to “serious,” he and his administration are still treating these public health issues as if they can be fixed with a well-placed tweet or budget appropriation, rather than through long-term investment in preparation and mitigation. This is a profound failure to acknowledge that even the most powerful humans on the planet cannot rewrite the laws of physics.

As author and climate activist Bill McKibben wrote in his newly launched climate newsletter at The New Yorker, “a physical shock like COVID-19 is a reminder that the world is a physical place. That’s easy to forget when we apprehend it mostly through screens, or through the cozy, contained environments that make up most of our lives. We seem to have a great deal of control, right until the moment that we don’t have any. Things can go very, very wrong, and very, very quickly. That’s precisely what scientists have been telling us for decades now about the climate crisis, and it’s what people have learned, from Australia to California, Puerto Rico, and everywhere that flood and fire has broken out.”

President Trump may eventually learn this lesson, too. But for the elderly residents of that nursing home near Seattle, and the hundreds of thousands of people around the globe who are dying annually from climate impacts, things have already gone very, very wrong.