Disasters force us to rely on each other. The COVID-19 pandemic, the worst in a century, has so far killed more than 60,000 Americans and left 30 million unemployed. The elderly are relying on younger neighbors for groceries. College students are filling in for Meals on Wheels drivers who are vulnerable to the disease. Some landlords are telling their tenants to skip paying rent.

The South is already recovering from a tornado outbreak, and more catastrophes could be on the way. Scientists are warning that the coming months could bring devastating floods in the Midwest, more wildfires than usual, and one of the most active Atlantic hurricane seasons on record.

It’s shaping up to be one hell of a year. So how can we bounce back from one catastrophe in time to take on the next one?

Whether facing a pandemic, a hurricane, or a wildfire, some people fare better than others, and experts say much of it comes down to who you know. Thinking about how to survive a disaster conjures images of cans of beans and rolls of toilet paper, not the local organizations, neighbors, and family members around us. But it turns out they’re key to helping us weather a crisis.

“People can survive one disaster pretty easily,” said Susanna Hoffman, an anthropologist and author. The real trouble, she says, comes when people face two or more disasters at the same time.

Daniel Aldrich and his family didn’t leave when New Orleans Mayor Ray Nagin ordered the city to evacuate as Hurricane Katrina barreled toward them in 2005. They evacuated a little later, when their neighbor told them to. Aldrich’s home, car, and possessions all ended up getting destroyed, but the family didn’t get much assistance from the Federal Emergency Management Agency. It was their neighbors who gave them clothes, a place to stay, and a job recommendation.

Aldrich decided to figure out how people survive catastrophes like the one he lived through. He’s now the director of the Security and Resilience Program at Northeastern University in Boston, where he’s followed his hunch that our friends and family prop us up during disasters. “It’s completely about who you know, what connections you have,” Aldrich said. 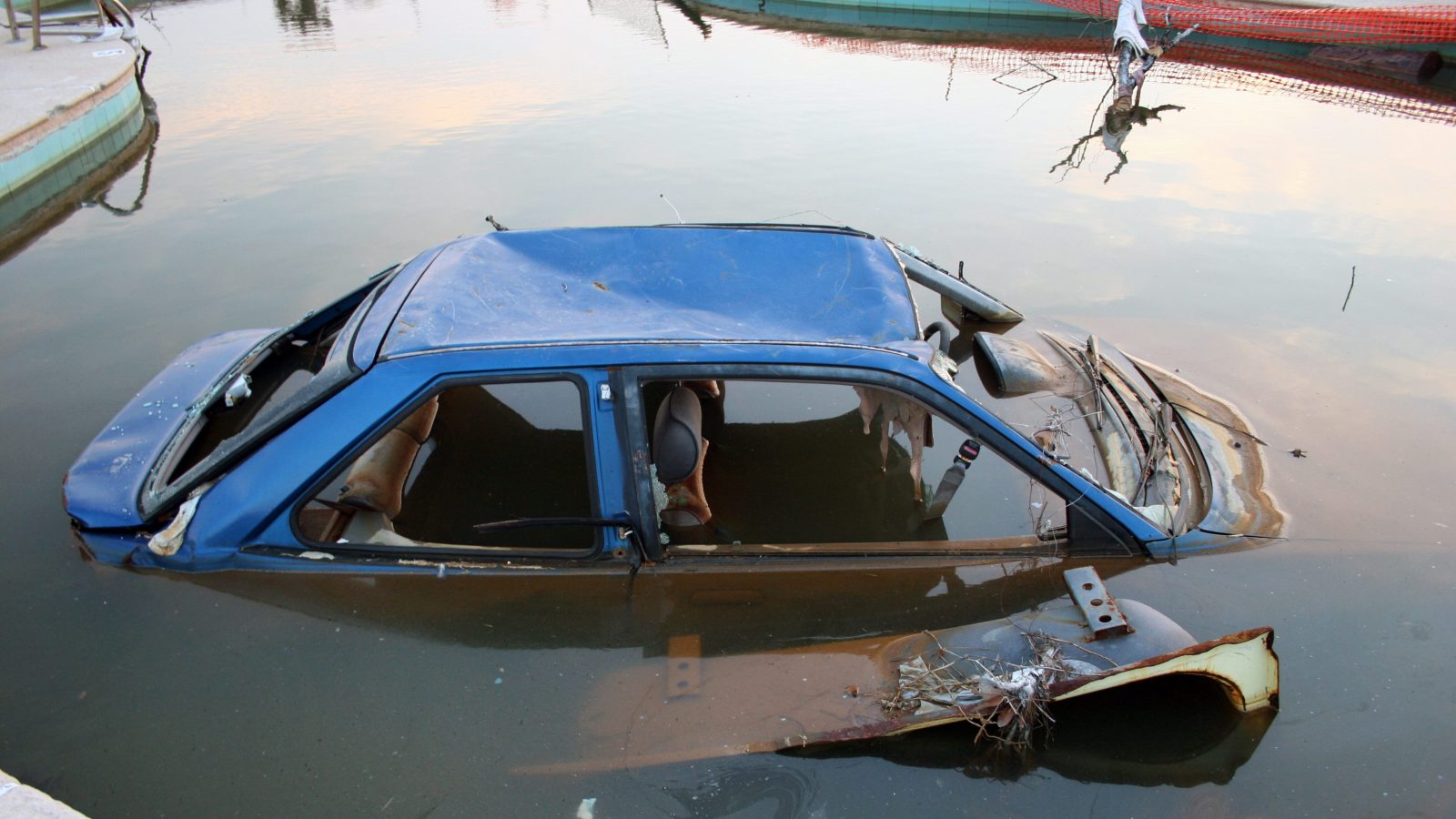 Take the 9.0 earthquake that shook Japan in 2011 that was followed by a nuclear meltdown and tsunami waves cresting 60 feet. To find out who was more likely to survive, Aldrich looked at death rates in more than 140 cities, controlling for factors like age, evacuation accessibility, and population density.

“It turns out the best predictor of survival was living in a cohesive neighborhood,” Aldrich said, meaning an active community where people knew and trusted one another. People in wheelchairs or hospital beds needed friends who could get them out of the danger zone before it was too late.

Right now, people should be checking on their locked-down neighbors and making sure they’re all right, Aldrich said. It’s as simple as leaving a note on their doorstep, calling them on the phone, or sending them an email. “The good news for us is that disasters can, at least for the short term, build a feeling of camaraderie and togetherness,” he said.

In business schools, academics study all sorts of shocks from technology and economics, like how social media has upended mass media and reshaped political activism. A few years ago, Hayagreeva Rao, a professor of organizational behavior and human resources at the Stanford Graduate School of Business, wondered whether something was missing. “I thought it was very strange that we hadn’t really paid much attention to disease shocks, even though they have wretched consequences on the social order,” he said.

To figure out why some communities recover from disaster faster than others, he and a colleague looked to Norway. They compared the consequences of spring frost, the occasional early cold snap that can wreak havoc on farms, and the outbreak of Spanish flu in 1918 and 1919.

But the Spanish flu epidemic caught Norwegians off guard, and to make matters worse, Rao said that the way that officials talked about the disease turned people against each other, making them suspicious of their friends and neighbors. “Spanish flu undermined the bonds of trust,” he said, and as a result, people didn’t readily cooperate in the recovery. Norms, values, and social structures were suddenly overturned, creating what Rao calls a “cultural pandemic.”

The lesson for COVID-19, Rao said, is that we need to pay attention to organizations focused on helping people, like nonprofits, or else disasters can turn into catastrophes. “[Nonprofits] are the first on-site to feed people,” he said. “Who organizes soup kitchens? Who organizes shelter for the homeless? … They play such a vital role, but they’re very invisible.”

When Hoffman, the anthropologist, was working on the Greek island of Santorini, a friend’s daughter asked about her job studying disasters. “Thank goodness we don’t have any problems like that here!” the daughter said. The thing is, Santorini is a dormant but active volcano that blew up 3,000 years ago in one of the biggest eruptions in human history. Hoffman remembers replying, “Sweetheart, it’s a volcano.”

Society shapes what we see as risky, the stories we tell ourselves about what hazards are out there. In California, everyone prepares for earthquakes, Hoffman said, but used to overlook floods, mudslides, and wildfires that kill far more people every year.

Hoffman lost everything during a firestorm that tore through Oakland in 1991, and she experienced everything that happens during a calamity firsthand. Help came from unexpected avenues. She felt like she was drifting. Then there was the textbook cascade of emotions: grief, then anger, and later, acceptance. 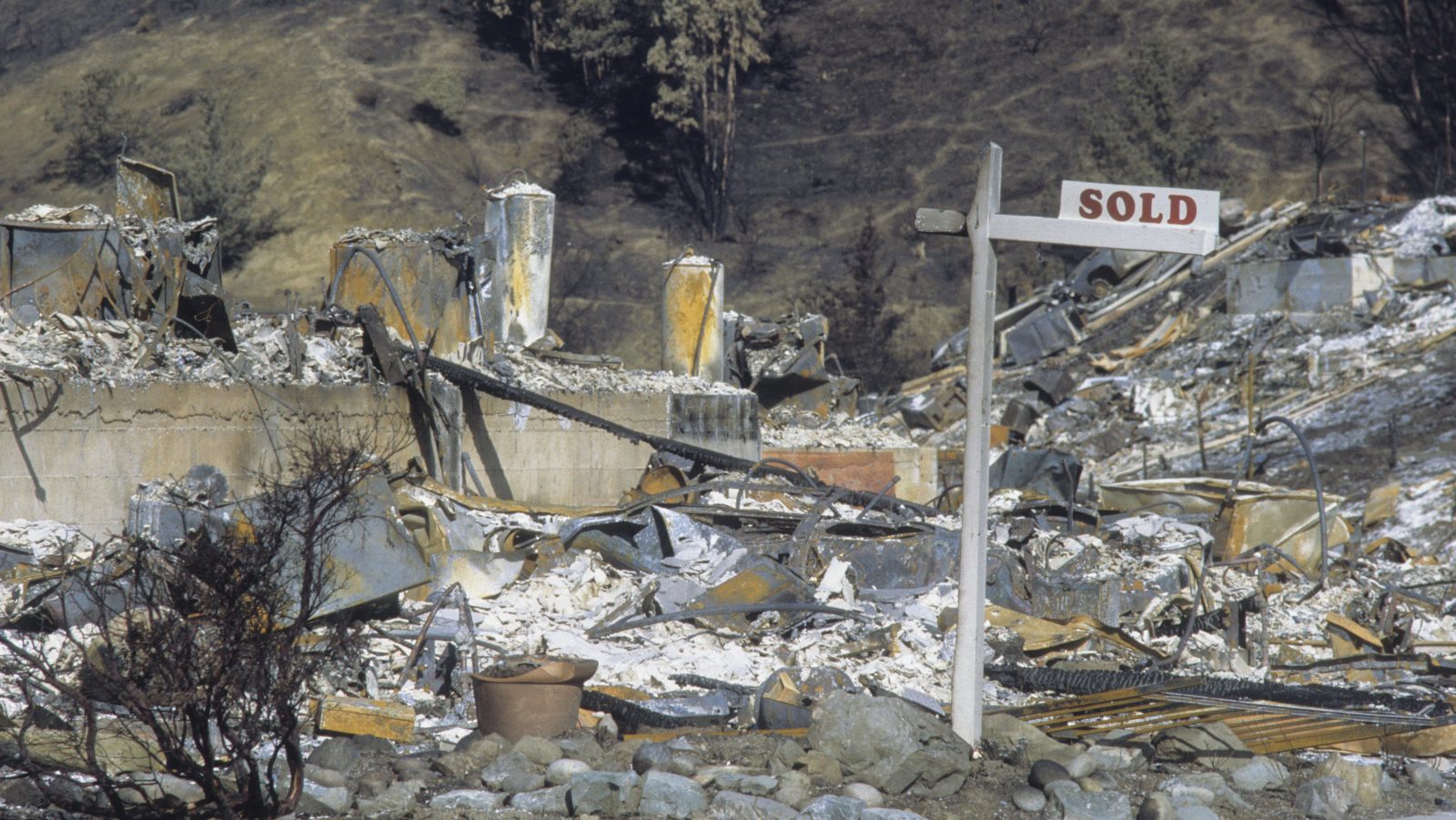 The aftermath of the firestorm in Oakland, California, in 1991. Mark Downey Lucid Images / Corbis via Getty Images

In the middle of disasters, Hoffman said, people also start feeling a new sense of unity — everyone’s going through the same thing. With coronavirus, people are rediscovering the importance of local action. On the other hand, that unity sometimes results from banding together against an outside enemy. COVID-19 has stoked fear and xenophobia, just like many outbreaks before it.

“If you’re feeling a sense of community that you haven’t felt before, the important thing is to try to keep ahold of that” and turn it into action, Hoffman said, such as volunteering at a food bank or advocating for better pay for essential employees. If more people become active in their communities, she said, they’ll be more prepared when the next disaster hits.

“I think that humans are an amazing species and that our coping abilities have been phenomenal,” Hoffman said. “We cope and adapt very readily. The point is to try to do it sooner, rather than after something strikes.”

Jeff Bezos says ordering groceries online is better for the planet. Is he right?