How fast will you need to flee from the heat? There’s a word for that. 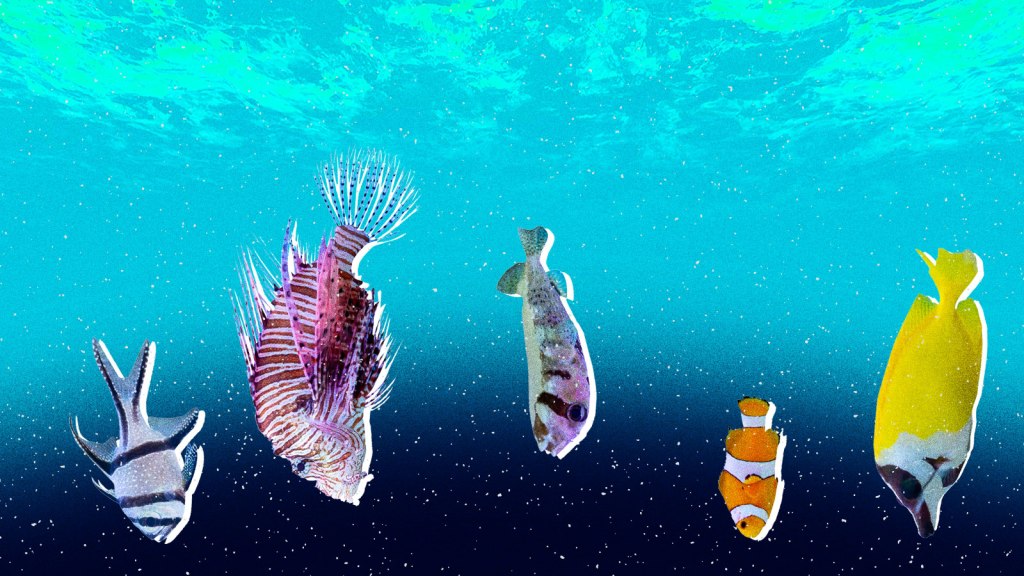 How fast will you need to flee from the heat? There’s a word for that.

Ocean creatures are finding themselves in hot water as the world warms. To stay cool, they’re relocating to deeper parts of the ocean, and it’s throwing ecosystems all out of whack.

A new study in the journal Nature Climate Change calculated how fast different layers of the ocean are heating up. Species are swimming to deeper waters to escape the heat at different rates, and the researchers warn that many sea dwellers like tuna, which rely on plankton at the water’s surface for food, might struggle to adapt.

The study brought a new phrase into the news: climate velocity. It’s basically the speed and direction that a given species will need to shift as their corner of the world heats up. Climate velocity has been in use in academic circles for more than a decade, but the study marks the first time the phrase made the headlines.

As climate change reshuffles life on earth, climate velocity applies up here on the surface, too. Warmer weather will drive animals seeking new homes into encounters with species they don’t normally meet — sort of like how grizzlies have been showing up in polar bears’ dwindling territory, leading to the emergence of grolar bears (or pizzlies?). And it’s not just flora and fauna. Humans, too, will have to move to survive.

Global warming will make large swaths of the Earth too hot for humans, as David Wallace-Wells memorably described in The Uninhabitable Earth, a book that features a grisly account of how the body breaks down in sweltering heat. That’s just one of many interesting challenges in store. The rising ocean is already submerging coasts, and changing weather patterns are helping to create new deserts. (The Sahara is expected to keep swallowing up more land as the planet warms.) Researchers estimate that the climate crisis could displace between 25 million and 1 billion people by 2050. For perspective, the most commonly cited number — 200 million — means that one in every 45 people would be displaced by mid-century.

Warmer weather and changing weather patterns are already altering how people grow food. In Alaska, for instance, rising temperatures mean that farmers can farm potatoes on the previously inhospitable tundra. Greenlanders are harvesting strawberries and tomatoes. In California, farmers are planting orchards, crossing their fingers that the fruit and nut trees they’re planting today will be able to make it in the hotter, drier world that the coming decades will bring.

Migration is inevitable. The fish are definitely in trouble. But our climate velocity, the pace at which people will be forced to abandon their homes and relocate, is largely TBD. One reason estimates of the number of people who will be displaced varies so widely is that it’s hard to predict human behavior. If governments decide to pull the plug on fossil fuel emissions soon, it will slow climate velocity and save human lives — and probably rescue a bunch of cute marine species, too.