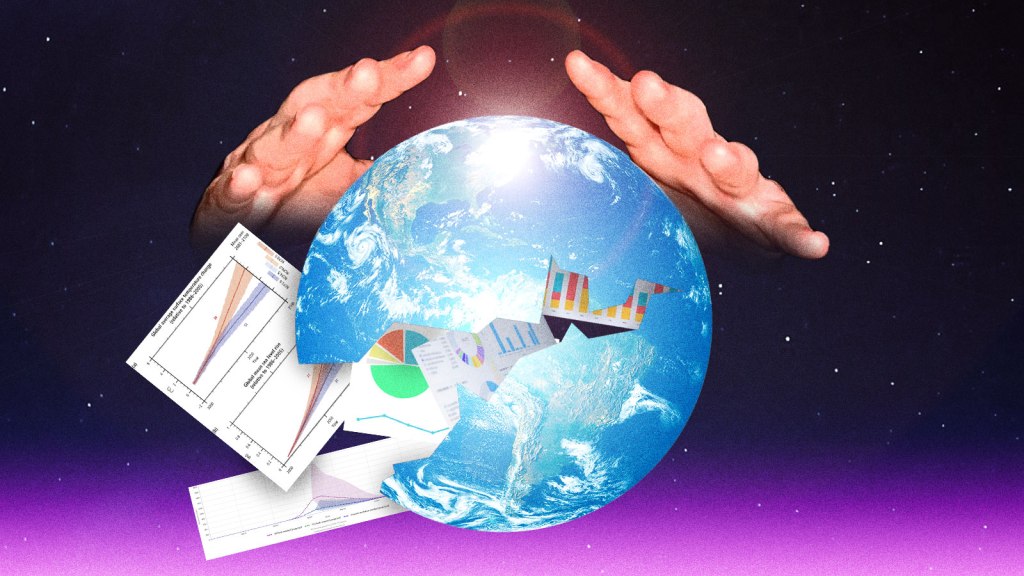 Just a few weeks ago, researchers at Imperial College London released a model of the coronavirus pandemic that shocked policymakers into action. It predicted a staggering 2.2 million deaths from COVID-19 in the U.S., and up to 510,000 in the U.K. — causing both countries to abruptly change course on containing the outbreak.

U.K. Prime Minister Boris Johnson, who had said that he wanted to allow the virus to spread through the country to build “herd immunity,” instituted a nationwide stay-at-home order. President Trump also changed direction, switching from calling it a hoax one week to saying “every one of us has a critical role” to play in slowing the disease.

But 10 days after the report’s release, the epidemiologist who led the modeling effort, Neil Ferguson, appeared before the U.K. parliament, arguing that he now expected the country’s fatalities to be less than 20,000. (He didn’t touch on projections for the U.S.) Some saw this as a troubling reversal. The conservative media outlet the Federalist announced that Ferguson had retracted the findings of his “doomsday pandemic model.”

Models are simplified representations of reality and an often-maligned tool of modern science. Those that estimate how much greenhouse gases will heat up the planet have been attacked for years by deniers who argue that they have little connection to the real world. In the face of a global pandemic, when lives and jobs are on the line, epidemiologists are suddenly facing the same criticism. (Senator John Cornyn from Texas complained on Twitter that modeling of both the current pandemic and climate change “isn’t the scientific method, folks.”)

Built using statistics and mathematics, scientific models can present possible futures — how a disease might spread, for example, or how rising CO2 levels will change our climate. But they can’t account for all aspects of reality, and will always come with uncertainty. They are tools, not crystal balls.

So those who criticized the Imperial College model for “wrongly” predicting millions of deaths in the U.S. and U.K. were off-base. Ferguson and his colleagues had predicted that over half a million Britons would die without mitigation measures — and that approximately 250,000 would die with the measures the government was implementing. With optimal social-distancing measures, which the U.K. put into place shortly after the report was released, the researchers expected deaths in the tens of thousands. (The Imperial College group did not model U.S. deaths with strict social-distancing measures.)

So the model didn’t change; the policies did. Meanwhile, the U.S. government has been relying on a model by the Institute for Health Metrics and Evaluation at the University of Washington. That model initially projected between 100,000 and 240,000 deaths from the coronavirus — now, that estimate has been revised down to between 30,000 and 170,000. That’s because it incorporated new social distancing data from Spain and Italy, suggesting that lockdown measures could be more effective at slowing the spread in the United States than previously believed.

“I think in this pandemic it’s particularly difficult because we’re making assumptions in these models about human behaviors — which are incredibly difficult to capture in a model and put a single number to,” said Helen Jenkins, an infectious disease epidemiologist at Boston University. Most epidemiological models simulate the number of people who are susceptible, infected, and have recovered: a so-called S-I-R model. But that requires making estimates for how often people interact and how much social distancing they are doing — a difficult job in a country of 300 million people and 50 states pursuing slightly different lockdown strategies.

Researchers face similar hurdles when predicting climate change. On the one hand, they use easier-to-model processes like convection, heat and fluid transfer. But at some point they also have to incorporate human and group behavior, at least if they want to predict how greenhouse gas emissions might change in the future.

“You could have the very best physical model in the world, but if you get future human behavior wrong, you’d end up with a pretty bad future projection,” said Zeke Hausfather, a climate scientist at the Breakthrough Institute. “The uncertainties in climate change to our choices as individuals and as societies matter just as much — if not more — than the uncertainties in the physical climate system that we’re trying to model.”

What makes the job even trickier is that once a projection is made public, the model itself can lead people to change their behaviors. If it projects millions of deaths from a pandemic, governments might tighten travel restrictions and people might decide to stay indoors. Zeynep Tufekci, associate professor at the University of North Carolina, wrote in the Atlantic that this is part of what models are supposed to do. They present a range, or a “tree” of possibilities, some of which are so disastrous that immediate action should be taken to prevent them. By changing behavior, she argues, we can prune those “catastrophic branches” and direct governments towards a safer future.

Hausfather and other scientists argue that we have already trimmed one potentially catastrophic branch when it comes to climate change. Back in the mid-2000s, it seemed possible that “business-as-usual” carbon emissions could lead to 5 degrees Celsius of warming by 2100. China was in a rush to open coal plants, and it looked like coal, the dirtiest of fossil fuels, was on track to dominate for another century. Today, a “business-as-usual” approach would likely lead to around 3 degrees Celsius of warming — in part because world governments have begun cracking down on coal and boosting renewable energy.

“Even though it’s nowhere near the level of action that would be required to meet Paris commitments, it’s still enough to start ‘bending the curve’ away from these worst-case outcomes,” Hausfather said.

That’s part of why Anthony Fauci, a key member of the White House’s coronavirus task force, has repeatedly said that appropriate action — in hindsight — will look like an overreaction. “If it looks like you’re overreacting, you’re probably doing the right thing,” he told Margaret Brennan on Face the Nation. Success can wind up looking like a failure.

What does that mean for addressing the pandemic? Social distancing appears to have helped the U.S. avoid the worst-case scenarios, but other questions remain. Researchers are now trying to understand which measures have been most effective (Closing schools? Limiting social gatherings?), so that some restrictions can be slowly lifted. But not every option can easily fit into epidemiological models. Public health officials and governors still have to use their own judgement, balancing health risks with other social and economic needs.

The German sociologist Ulrich Beck once wrote that “expected risks are the whip to keep the present in line.” Models are intended to do just that, to keep things from going off the rails. They can’t provide certainty — but for both climate change and coronavirus, they can help us avoid the worst.