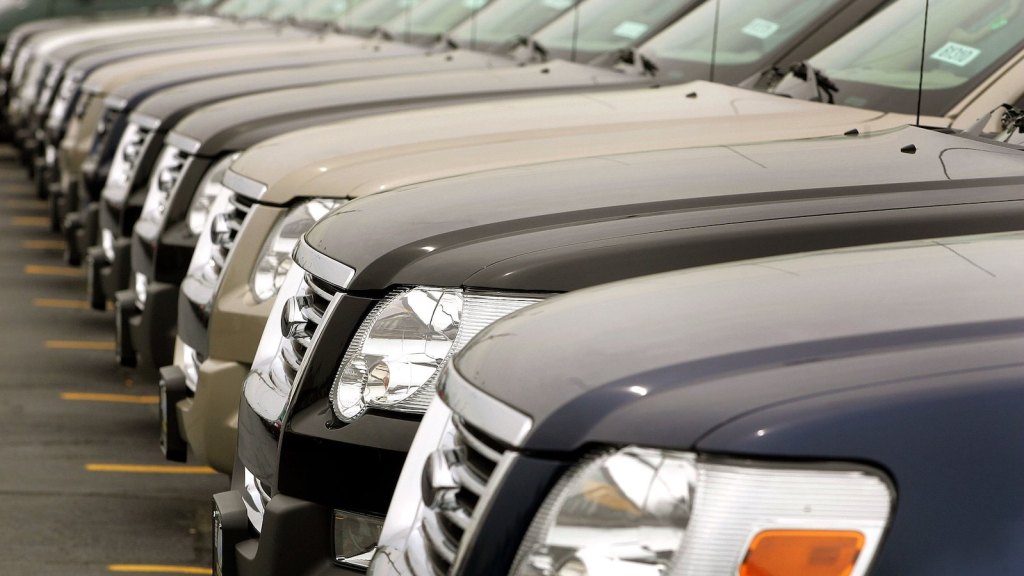 This story was originally published by The Guardian and appears here as part of the Climate Desk collaboration.

They are the hulking cars that have conquered the world. Spreading from the heartlands of the U.S. to a new generation of eager buyers in China to dominate even the twisting, narrow streets of Europe, the sports utility vehicle, or SUV, has bludgeoned its way to automobile supremacy with a heady mix of convenience and marketing muscle.

The rise of the SUV as the world’s preeminent car has been so rapid that the consequences of this new status — the altered patterns of urban life, air quality, pedestrian safety, where to park the things — are still coming into focus.

But it’s increasingly clear that SUVs’ most profound impact is playing out within the climate crisis, where their surging popularity is producing a vast new source of planet-cooking emissions.

Last year, the International Energy Agency (IEA) made a finding that stunned even its own researchers. SUVs were the second largest cause of the global rise in carbon dioxide emissions over the past decade, eclipsing all shipping, aviation, heavy industry, and even trucks, usually the only vehicles to loom larger than them on the road.

Each year, SUVs belch out 700 megatonnes of CO2, about the entire output of the U.K. and Netherlands combined. If all SUV drivers banded together to form their own country, it would rank as the seventh largest emitter in the world.

Climate activists may hurl themselves in the path of new oil pipelines and ladle enough guilt on to flying that flygskam, or “flight shame,” has spread from Sweden around the world but a mammoth, and growing, cause of the climate crisis has crept up almost unnoticed around us.

“The global rise of SUVs is challenging efforts to reduce emissions,” Fatih Birol, executive director of the IEA, admitted.

SUVs raced to a new milestone in 2019, surpassing 40 percent of all car sales worldwide for the first time. The world’s roads, parking lots, and garages now contain more than 200 million SUVs, eight times the number from a decade ago. SUVs’ share of car sales in the U.K. has tripled over the past 10 years, in Germany last year one in three cars sold was an SUV.

Combining the weight of an adult rhinoceros and the aerodynamics of a refrigerator, SUVs require more energy to move around than smaller cars and therefore emit more CO2, overshadowing the car industry’s climate gains from fuel efficiency improvements and the nascent electric vehicle market.

‘They created a market that pushes our buttons’

Emissions analysis commissioned by the Guardian illustrate, for the first time in detail, how much worse for the climate SUVs are than smaller vehicles, and how they have helped transform our cities.

“To avert the worst of the climate catastrophe, the transport sector needs to be completely decarbonized,” said Sebastian Castellanos, a researcher at the New Urban Mobility Alliance who calculated the emissions. “With the explosion in SUV sales, we are moving even farther away from our goal of decarbonizing the sector.”

This global phenomenon has its roots and impetus in the U.S., where in the 1980s the car industry carved out a new category called the “sport-utility vehicle,” a sort of mash-up between a truck, a minivan, and the traditional American family car. After successfully lobbying lawmakers to class these vehicles as light trucks rather than cars, binding SUVs to less stringent fuel efficiency standards, the industry set about slotting them into almost every arena of American life.

Once a workhorse that lugged tools around or was used for bumpy off-road driving, the SUV morphed into the default option for families puttering around suburbia and even for people in the cores of densely populated cities. The look and cost of SUVs stretched to suit all tastes — the 1984 Jeep Cherokee, a boxy, spartan offering considered the first SUV, has spawned successors ranging from the compact Kia Sportage to the sporty Mercedes ML.

The industry found that American drivers enjoy the lofty seating position of SUVs, as well as the capacity and the comforting feel of security their bulk provides, even if half of all journeys taken in the U.S. are mundane trips of under three miles to run errands rather than high-octane adventures in the Rocky Mountains. For many Americans, SUVs invoke alluring qualities of fortitude and independence.

“Pretty much everyone wants one now,” said Stephanie Brinley, principal automotive analyst at IHS Markit. “The family car is now a utility vehicle and not a sedan. Millennials like them, baby boomers like them. Americans like to take all of their stuff with them and automakers figured this out.”

Marketing for SUVs is now so broad it no longer seems jarring to see ads of a beefy car-truck zooming around urban streets to take its occupant to a yoga class or to grab a coffee. Ford was so thrilled with its recent relaunch of the Bronco, a model infamous for being driven by OJ Simpson as he was chased by a phalanx of police cars in 1994, that it rolled out an eight-part podcast series in celebration.

“Car companies looked at things that people value, such as macho-ness, ruggedness, and protection of the family, and leveraged that,” said Harvey Miller, professor and director of the Center for Urban and Regional Analysis at Ohio State University. “These SUVs are named after mountains and other places you’ll never go to. They created a market that pushes our buttons.”

As Bloomberg’s Nat Bullard noted in a recent tweet: “We don’t buy cars here. We buy big cars built on truck bodies, and we buy trucks and drive them like cars.” The U.S. is now indisputably an SUV nation, a transformation that has had profound consequences for American cities as well as the global climate.

This new reality is a logical endpoint to a century of lobbying and cajoling by the car industry to turn American city streets from raucous communal areas shared by pedestrians, market stands, and early vehicles to mega-highways that slice disproportionately through communities of color; where jaywalking is a punishable act and where so much space is required for the 95 percent of the time our cars sit idle that Los Angeles, for example, devotes an area larger than the land mass of Manhattan just for parking.

To Miller, SUVs are a monument to a broader American failure that has seen pedestrians and cyclists forsaken for endless miles of road building, with non-car users forced to push what he calls “beg buttons” to pause traffic to enter roads that should be egalitarian public spaces.

SUVs, according to Miller, not only bring a stew of pollution and an element of fear to those attempting to traverse roads on foot or bike, they are fundamentally inefficient. “You are taking a 200 pound package, a human, and wrapping it in a 6,000lb shipping container,” he said. “For some reason we think that is a good way to move through a city. If Amazon used that rationale it would be out of business in a week.”

Alarm has also been raised over the safety of SUVs, given that during accidents their elevated stature tends to strike pedestrians and cyclists on the upper torso and then crushes them under the wheels. “They are killing machines,” said Miller. “They cause a lot of damage to the global climate, to air quality, and to the people they hit. SUVs are terrible for cities and neighborhoods, they serve no purpose there. You don’t need them to run to the store to buy a gallon of milk.”

Taming SUV emissions will largely come down to fuel efficiency improvements and a significant shift to electric versions. Firms including Nissan, General Motors, and, of course, Tesla have started to roll out electric SUVs, nudging the driving range up to 300 miles without a charge. But the challenge is steep — today, only about one in every 100 vehicles sold in the US is electric, recharging stations are still sparse and the price of oil — and therefore gasoline at the pump — has recently plummeted to record lows.

A deeper-rooted reform would involve a reimagining of U.S. towns and cities as places largely without cars, a previously unthinkable scenario before the pandemic emptied streets and saw outdoor diners, skateboarders, and strolling couples take their place on the reclaimed tarmac. The crisis of 2020 has given Americans a glimpse of a different sort of urban life, one more readily associated with Amsterdam or Venice, although there is little sign the clamor for SUVs is weakening.

“Most Americans can’t imagine anything else other than highways and crappy public transit. It’s all they’ve ever seen,” said Miller. “Now that SUVs are here they are difficult to unwind but if we want sustainable, healthy cities we have to do it.”

Europe, with its more embedded culture of walking, cycling, and public transport, is now staging something of a backlash against the SUV, with protests held in Germany over the vehicles’ climate impact and calls in the U.K., home of the “Chelsea tractor” insult, for a tobacco-style ban on advertising SUVs because they spew out huge volumes of air pollutants that lodge harmful particles in the lungs and can even lead to brain damage.

Not so in America, where the era of the SUV is far from threatened. IHS Markit forecasts SUVs will make up half of all U.S. car sales this year for the first time, strengthening further to 54 percent of sales by 2025. General Motors, Fiat Chrysler, and Ford are increasingly now SUV, rather than car, makers.

“The dominance of SUVs is only going to stretch,” said Brinley. “We will just see them as the norm.”