Portuguese youth are suing 33 countries over the climate crisis 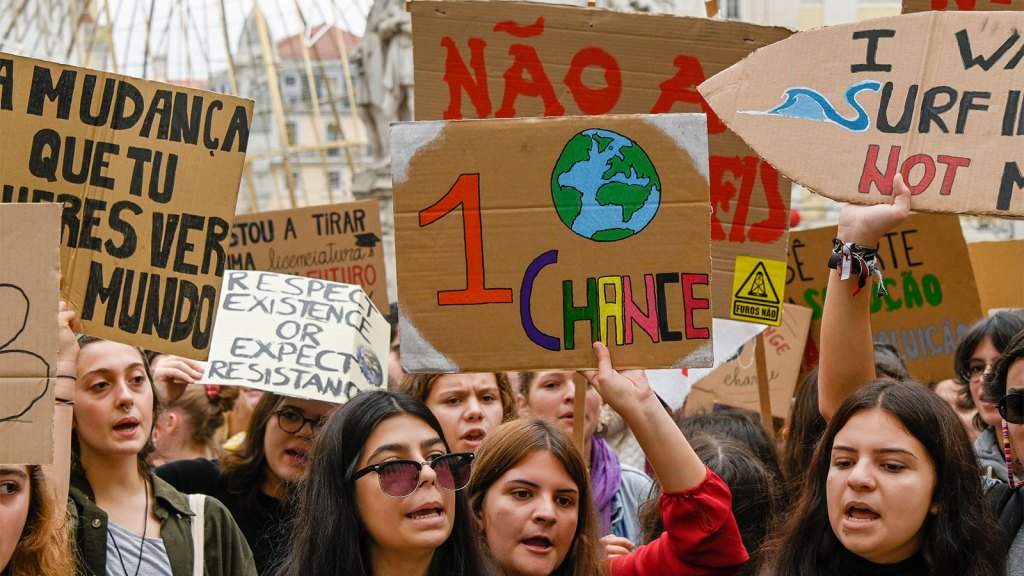 Portuguese youth are suing 33 countries over the climate crisis

The crowdfunded legal action breaks new ground by suing multiple states both for the emissions within their borders and also for the climate impact that their consumers and companies have elsewhere in the world through trade, fossil-fuel extraction, and outsourcing.

The plaintiffs — four children and two young adults — want the standard-setting court to issue binding orders on the 33 states, which include the E.U. as well as the U.K., Norway, Russia, Turkey, Switzerland, and Ukraine, to prevent discrimination against the young and protect their rights to exercise outdoors and live without anxiety.

The case is being filed after Portugal recorded its hottest July in 90 years. It was initiated three years ago following devastating forest fires in Portugal that killed over 120 people in 2017. Four of the plaintiffs are from Leiria, one of the worst-hit areas. The two other applicants live in Lisbon, which sweltered through record-breaking 44 degrees C heat in 2018.

Expert testimony will warn that these trends will worsen in the future. On the current path of about 3 degrees C of warming above preindustrial levels, scientists have predicted a thirty-fold increase in deaths from heat waves in western Europe by the period 2071-2100. At 4 degrees C, which is also possible, they say heat waves above 40 degrees C would endure for more than 30 days a year, quadrupling the risk of forest fires.

“I am afraid for the future,” she said. “Lately, it is already impossible to exercise outdoors. If that was only for a few days it would be fine but the heat waves are extreme and recurring. I live with the feeling my home is becoming more hostile each year. It scares me a lot.”

Sofia Oliveira, aged 15, said her generation was acutely conscious of the dangers that lie ahead: “We have seen unbearable heat waves that cause water shortages and damage food production, and violent wildfires that give us anxiety and make us afraid to travel through our country’s forests … If we already see these extremes in 2020 what will the future be like?”

She said the E.U. must commit to a minimum 65 percent emissions reduction target by 2030 and ensure a green recovery from the COVID crisis by investing in renewables and clean technology rather than fossil fuels.

The young applicants are being represented by British barristers, including Marc Willers QC, who are experts in environmental and climate change law, and supported by the London- and Dublin-based NGO Global Legal Action Network (GLAN), which raised £27,000 ($35,805) through crowdfunding.

More than 1,300 climate-related lawsuits have been filed worldwide since 1990. The most successful so far was in the Netherlands, where the Urgenda Foundation forced the government into scaling back coal-fired power plants and taking other compliance measures worth about €3 billion ($3.5 billion).

Gerry Liston, legal officer with GLAN, said the latest case could go further because Strasbourg sets standards that other courts follow. “This case is unique in scale. This is the most countries ever taken to a regional court in a climate change case. If we win, it will have a very significant effect throughout Europe.”

He noted that this was the first time the court had dealt with an issue that threatens the very system of rules it was established to uphold, citing a warning last year by the U.N. special rapporteur Philip Alston that human rights may not survive the upheaval caused by climate change.

The NGO behind the case says the legal campaign aims to amplify the pressure applied by school climate strikers.

“This is a culmination of all the campaigning that the youth movement are engaged in. Now they are asking the courts to step up. This is a last-ditch effort to put the ship back on a course that doesn’t involve catastrophic climate change,” said Gearóid Ó Cuinn, the director of GLAN. “It is the youth who stand to be discriminated against. They bear the burden in terms of risk.”

The court will have to consider whether the case is admissible and then, if so, rule on the merits of the case. This could take months or years. A new phase of crowdfunding has been launched. Ó Cuinn said there was no time to wait: “The situation is dire. The climate threat dwarfs COVID. Given the urgency of dealing with emissions, we think our case should be a priority.”